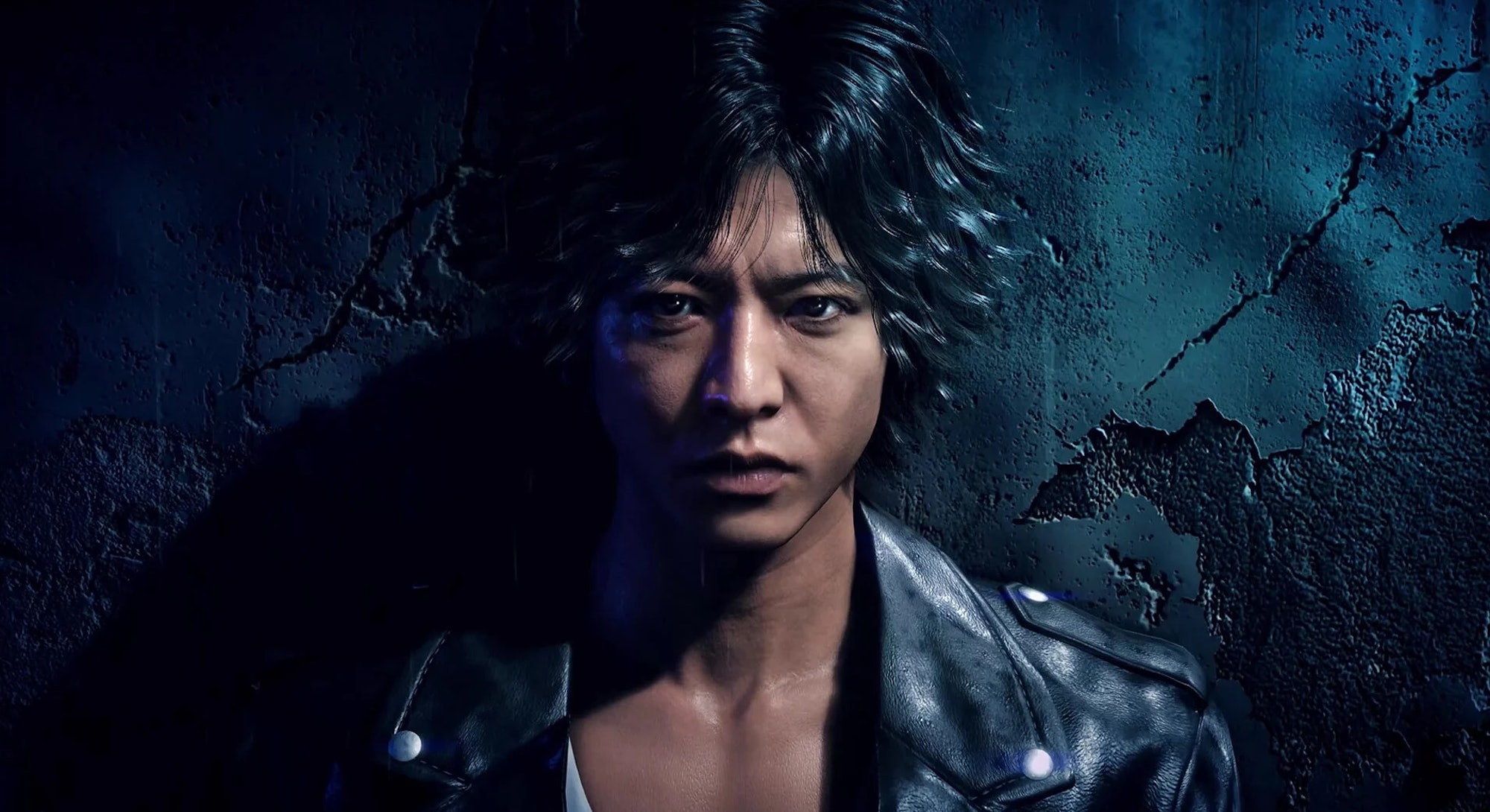 Ryu Ga Gotoku studio’s latest depicts the profound social and emotional consequences of bullying at school. While the game’s school stories offer a break from the main narrative, their themes hit close to home for those of us who had a tough time fitting in as youngsters.

“To be frank about it, I was a bullying victim in middle school and just about became a statistic,” Strichart, who led the team’s English localization, tells Inverse. “Writing the words that were coming out of these bullies’ mouths and having to repeat them myself and hear them recorded was tough, traumatic even. You have to put that aside and do your job, but it was incredibly hard.”

“In many cases, bullying is an outburst of distorted justice caused by the same mechanisms that make us human,” he says. “Distorted justice is Yagami’s greatest enemy. That’s why when we were given the opportunity to make a sequel to Judgment, we were immediately able to agree amongst the team that bullying and revenge were more appropriate topics than any other.”

Inverse spoke with Hosokawa and Strichart about Lost Judgment’s portrayal of bullying, how the series departs from the Yakuza games, and the future of the spinoff series.

Strichart and his coworkers were initially reluctant about the prospect of a Yakuza spinoff. But he says all those concerns had been allayed by the time Lost Judgment went into development.

“There was so much art and skill behind the making of the first game and how it differentiated itself from Yakuza that we really started to feel it, and getting a sequel was awesome,” Strichart tells Inverse. “We always knew Judgment was going to be topical, and with Lost Judgment they had a really strong approach and script [from the beginning].”

Hosokawa said the team read books from authors like Keigo Higashino and Hideo Yokoyama for inspiration when working on Lost Judgment’s script, and there are some evident parallels. The Devotion of Suspect X, one of Higashino’s most popular novels, has strong similarities to Lost Judgment’s initial mystery, with a gruesome murder of a brutal man, a seemingly unshakable alibi, and a body double.

“Bullying is an outburst of distorted justice.”

Where Higashino’s story centers around a lovesick murderer, Lost Judgment focuses on a network of bereaved people seeking vengeance for their loved ones who were victims of bullying that went unpunished by the school system. School stories might be fairly common in Japanese media, but Hosokawa said there was a crucial reason RGG chose this particular setting for its tale: there’s no way for victims to escape.

“Most children don’t have the knowledge or self-sufficiency to escape bullying on their own,” Hosokawa says. “On top of that, these student victims are often forced to go to school because their parents don’t understand the situation, so they fall further into isolation.”

Lost Judgment’s solution to bullying is to acknowledge that it’s inevitable — but people can and should try to make positive change happen.

“One way to interpret Lost Judgment’s approach to this is if you see something, say something. Hopefully, everyone else will too,” Strichart says.

Lost Judgment describes bullying as a distortion of a healthy society, where innocent people are branded as threats and non-conformers. In the incident Yagami investigates, student Mami Koda faces constant harassment from her basketball club teammates because she’s simply not as capable as they are.

Strichart acknowledges that this element of Lost Judgment’s story may not be as convincing to Western players.

“In America, we tend to value individualism a lot more and say be what you want to be, stand out from the crowd. In Chapter Two, you see the class stand up and establish the fact that bullying is unacceptable,” Strichart says. “That's an incredibly cool way of approaching the problem, but there's this lack of realism to a Western audience because we look for a hero or a single individual.”

Or multiple heroes, as with Persona 5. The Atlus RPG focuses on similar themes but Strichart — who worked on the localization team for both games — says the approach is completely different. There, you play as a group of rebellious kids with a clear-cut foe and the powers to stand up and stop them.

“That's an incredibly cool way of approaching the problem, but there's this lack of realism to a Western audience”

Yagami isn’t a hero, Strichart says. He’s just a guidance counselor who occasionally intervenes and encourages others to do the right thing. Things are never as simple at Seiryuu as they are at Persona 5’s Shujin Academy.

Take Yoko Sawa, a teacher at Seiryuu High who is pressured into keeping silent about the student suicide Yagami investigates. It’s not Seiryu’s chairman who stops her from exposing bullying. Instead, it’s a group of unnamed school bureaucrats who pressure Sawa into withholding that evidence and lying in court.

When Sawa does finally try to expose the truth, her story becomes intertwined with the game’s larger, more sinister story. Strichart says it was important to show how “the Yakuza universe is changing.”

The Red Knife gang, which operates with the tacit approval of corrupt police officials, formed after the Tojo Clan’s disbandment in Yakuza: Like A Dragon. One of their targets for blackmail in Lost Judgment is Reiko Kusomoto, a high-ranking politician. Kusomoto sought help from Jin Kuwana and murdered Shinya Kawai, one of the bullies that drove her son to attempt suicide years before the game takes place. Kuwana introduces himself as the fixer of Yokohama, though it’s just a front for his real motive: murdering bullies who escape punishment.

Kuwana’s conviction — his lost judgment, as Strichart calls it — enables this cycle of destruction. Yagami doesn’t “win” against Kuwana, and Lost Judgment doesn’t end with a definitive solution to the issue. It does, however, end on a note of hope where Koda and her former oppressors come upon another student being bullied.

“The bullies, at the end, become the saviors. You really see the way that Yagami’s sense of justice infiltrated these kids,” Strichart says. To underscore that point, Strichart wrote the in-game achievement notification in a way that clues players into the broader consequences of what’s happening.

“The trophy pops and says the cycle is broken,” he says. “The understanding is that from Kawai to Koda, there is this going to potentially be this broken cycle and that this unnamed girl at the end was going to be the next victim of it.”

Instead, Koda and Matsui, once her chief tormentor, band together and help the girl.

“That's the most important moment in the game,” Strichart says. “The last moments of the game are reserved for kids, breaking the cycle of injustice and bullying.”

“The bullies, at the end, become the saviors.”

As for what Judgment’s future holds, Strichart says he’d like to see RGG explore Yagami’s character in even more depth. Yagami is roughly 45, following the series’ tradition of aging characters in real time, which Strichart says offers up interesting possibilities to explore in future games.

Whatever comes next for Yagami — or even Kiryu and Majima — it will likely be in game form. Sega and 1212 Entertainment are adapting the Yakuza franchise into (another) live-action movie. But Strichart doesn’t think RGG has any further plans to expand Yakuza or Judgment into other media projects.

“These are themes worth exploring in all media, but video games have the ability to put you in the center of it as a player rather than as an observer,” he says. “There’s something about being a proactive force in breaking these cycles that I would hope feels good. Maybe even good enough to make you recognize and feel more confident about doing so in real life.”