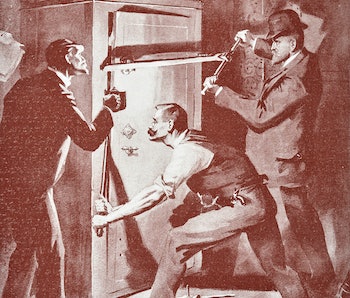 In the real world, breaking into other people’s safes to steal their valuables is frowned upon. But in the broken society of The Last of Us Part I, careful scrounging can make the difference between survival and an early demise. During Joel and Ellie’s harrowing journey across the United States, you’ll stumble across several enticing safes. These treasure troves contain helpful items like crafting materials, supplements, ammo, and parts to enhance your weapons. There’s just one problem: to access those sweet, sweet goodies, you’ll need to know the code.

While the codes can usually be found near the safes themselves, sometimes you just can’t be bothered to go scavenging through a three-bedroom house for a second time. With that in mind, here’s the combinations for all four safes in The Last of Us Part I. There are only four safes in the entire game, and all of them are found in the first half.

The first safe can be found right at the beginning of the Downtown section of the game’s third chapter, as Joel and Ellie are making their way out of Boston. You’ll be surrounded by a bunch of abandoned stores.

The store to your left will contain the Note to David in a drawer under the counter, which includes the safe code. The store to the right of your starting point — will contain a safe next to the counter. (Watch out for the Runner loitering right next to it!)

The second safe can be found early in the game’s fourth chapter, during the first subsection of the chapter, The Woods. Right after Ellie helps you open a chain-link fence, you’ll be on the main street of a small town. Walk to a barricade at the opposite end of the street, passing a long RV on the right and walking downhill slightly. There’s a Note to Bob in the barbed-wire fence with the combination.

Head back the way you came, until you see a red and white evacuation notice sign. Veer to the left and you’ll see a pickup truck with the safe beside it.

The third safe in The Last of Us Part I can be accessed during the game’s fifth chapter, Pittsburgh. You’ll encounter it in the second of four subsections of the chapter, Hotel Lobby. Take a left from the entry and grab the nearby ladder, placing it at the open space straight ahead of you, with a yellow hard-hat sign. Go right, crossing by the massive hole by hugging the wall. In the back corner of the landing, near the elevators, you’ll find a suitcase with a Note to Staff and the combination.

Head back to the first floor, and look for the reception desk immediately to the right of the entrance. You’ll see a counter and some overturned luggage carts. Circle behind the counter in to the back room to find the safe.

The combination for the Pittsburgh hotel safe is 22-10-56. You’ll get magnum bullets, explosive, 50 parts, and a training manual to upgrade the durability of your shivs. Huzzah!

End of the line! The fourth and final safe in The Last of Us comes in the game’s sixth chapter, The Suburbs. It’s in the second subsection of this chapter, which is also called Suburbs. Pass by the workbench on your left, and the ice cream truck on the right. On your left, enter the white house with a green X painted on the front and a dartboard visible in the window.

The safe is in a bedroom closet on the second floor. To find the combination, head up to the third-floor attic and find the matchbook sitting on the computer desk at the top of the stairs.

The Last of Us Part I is available now for PlayStation 5. Sony has not yet confirmed a release date for the PC version.

More like this
Gaming
Sep. 20, 2022
Everything you need to know about the latest Fortnite Reboot Rally event
By Joseph Yaden
Gaming
Sep. 26, 2022
Last of Us HBO trailer hints the show won't ignore a key romance
By Jen Glennon
Gaming
Sep. 26, 2022
'Deathloop' Yerhva answers: Every correct response to all 10 questions
By Just Lunning
Related Tags
Share: