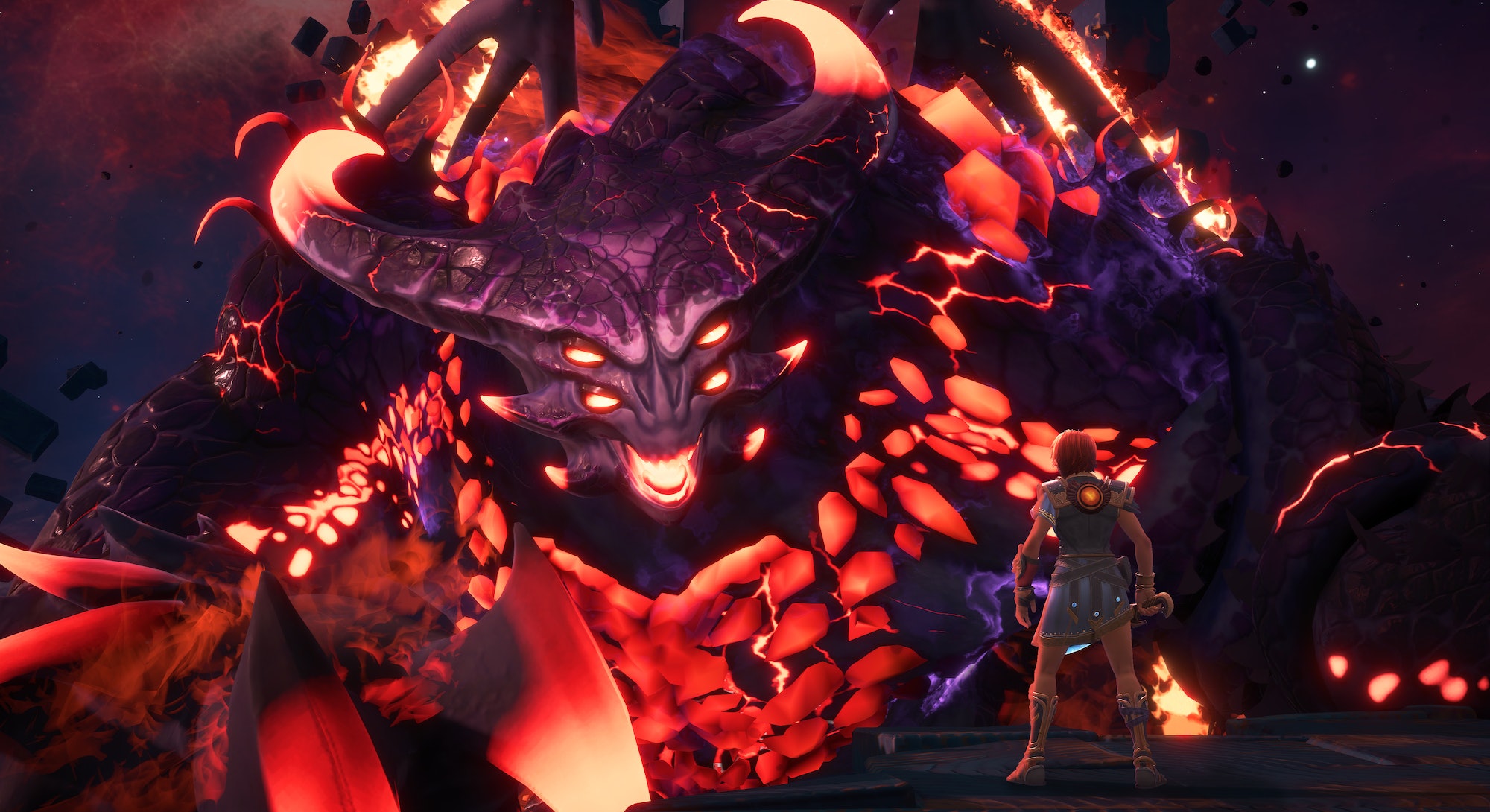 Like Genshin Impact and The Pathless, Ubisoft Quebec’s Immortals Fenyx Rising is part of a Breath of the Wild-inspired renaissance in open-world gaming.

But if you’re apathetic towards anime and either don’t own a Nintendo Switch or don’t care about Zelda games, then Immortals Fenyx Rising might be a revelation.

After spending a lengthy afternoon with a demo build of the game in October, it feels that way for me.

Immortals Fenyx Rising looks about as generic as its original title (Gods & Monsters) implied … at first. Your hero is an androgynous Greek warrior shipwrecked on a magical place called the Golden Isle. There, the Titan Typhon — a genuinely terrifying, massive demon creature — has busted out of his prison and destroyed many of the gods.

Fenyx, the fully customizable protagonist, has to collect ancient relics and wield the powers of the gods to stop Typhon. They include a sampler platter of tools that allow you to explore every nook and cranny of the densely packed island. More importantly, you can use a smorgasbord of weapons to pommel mythological beasts — and regular bears.

Best of all, Fenyx isn’t a blank-slate audience surrogate like Link. They have a strong, dorky personality. Their bravery is only outmatched by an eagerness to help people and geek out about Greek heroes and gods from mythology.

Immortals Fenyx Rising furthers a trend that made the Marvel’s Avengers story campaign so excellent: When the main character is a fan of the subject matter, that enthusiasm becomes just as infectious for the player.Not only does it add a kind of charming humility to the character, but it also makes us worship these heroes in equal measure.

In Immortals Fenyx Rising, it’s a random Greek woman (or man) who grew up obsessing over the tall tales of Achilles’ deeds — except in this case, Achilles literally gave her brother a sword. And that cute, scrawny boy she wants to punch for stealing her bracers is actually Hermes. This inherent enthusiasm does a lot of favors for Immortals Fenyx Rising.

Though Fenyx Rising might have superficial competition with the superb Hades since both games adapt Greek mythology, these are vastly different types of games. A love for Hades will only improve your experience with Fenyx Rising. Many of the same gods show up here, and even though they’re a bit different, the writers behind both of these games clearly did enough homework to ensure that the representations are in line with what mythology tells us.

Zeus is a bit pompous and full of himself, but he has the power to back it up. Hermes is manic in a charming way. These depictions are similar but unique, and both are entertaining.

Immortals Fenyx Rising feels tailor-made for gamers like me who are jealous over Breath of the Wild’s innovative brand of expansive world exploration with a varied toolkit, but they want to have “little a character.”

Zelda fans will defend Link’s role as a blank-slate audience surrogate until they’re as blue in the face as a Zora, but I have hated it since I was a small child asking grandmother why the elf boy never spoke in The Legend of Zelda. You can’t really call any Zelda game a “role-playing game” when you never play a role. Link is just a vehicle through which the story moves. We’re told he has a lot of courage, but he’s all action and no personality.

To limit Link’s characterization to weird grunts just seems stubborn in 2020. The franchise has evolved in so many ways, but in others, it seems a bit stagnant.

I prefer games where the core cast of characters feel less like caricatures and more like fully realized people. I’d rather work out the strategy of a turn-based battle system in a vibrant Final Fantasy than accidentally blow myself up with one of Link’s bombs again. And, despite some flaws, I’d rather explore silly stories based on Greek mythology.

It would be utterly uninteresting if Fenyx Rising took its monomyth too seriously, but a campy kind of humor reminiscent of Terry Pratchett or even Jim Henson is surprising and delightful.

Immortals Fenyx Rising leans into its inherently ridiculous premise, and the story is framed as an epic tale told to Zeus by Prometheus, who’s chained up with frosted armpits. Details like the icicle pits will throw you, but then Zeus will crack a joke about getting drunk and turning his girlfriend into a frog. Throughout the game, these two gods offer their bantering commentary like Statler and Waldorf, the two old men who heckle the Muppets. It’s a delight.

Fenyx is a bit player in a grander prophecy, but this self-aware humor makes the whole thing infinitely more interesting. She has a vaguely flirty dynamic with the shifty Hermes. An oracle at some temple literally gets stoned. The whole thing is goofy very tongue-in-cheek, driven by Fenyx’s boundless enthusiasm just for being here — and for Zeus’ sassy commentary.

So for any liberal arts majors out there who want to explore a Grecian-inspired landscape, Breath of the Wild-style, Immortals Fenyx Rising seems promising — especially for anyone pining for more stories inspired by the Greek gods after playing Hades, then look no further than the game formerly known as Gods & Monsters.

Immortals Fenyx Rising will be released