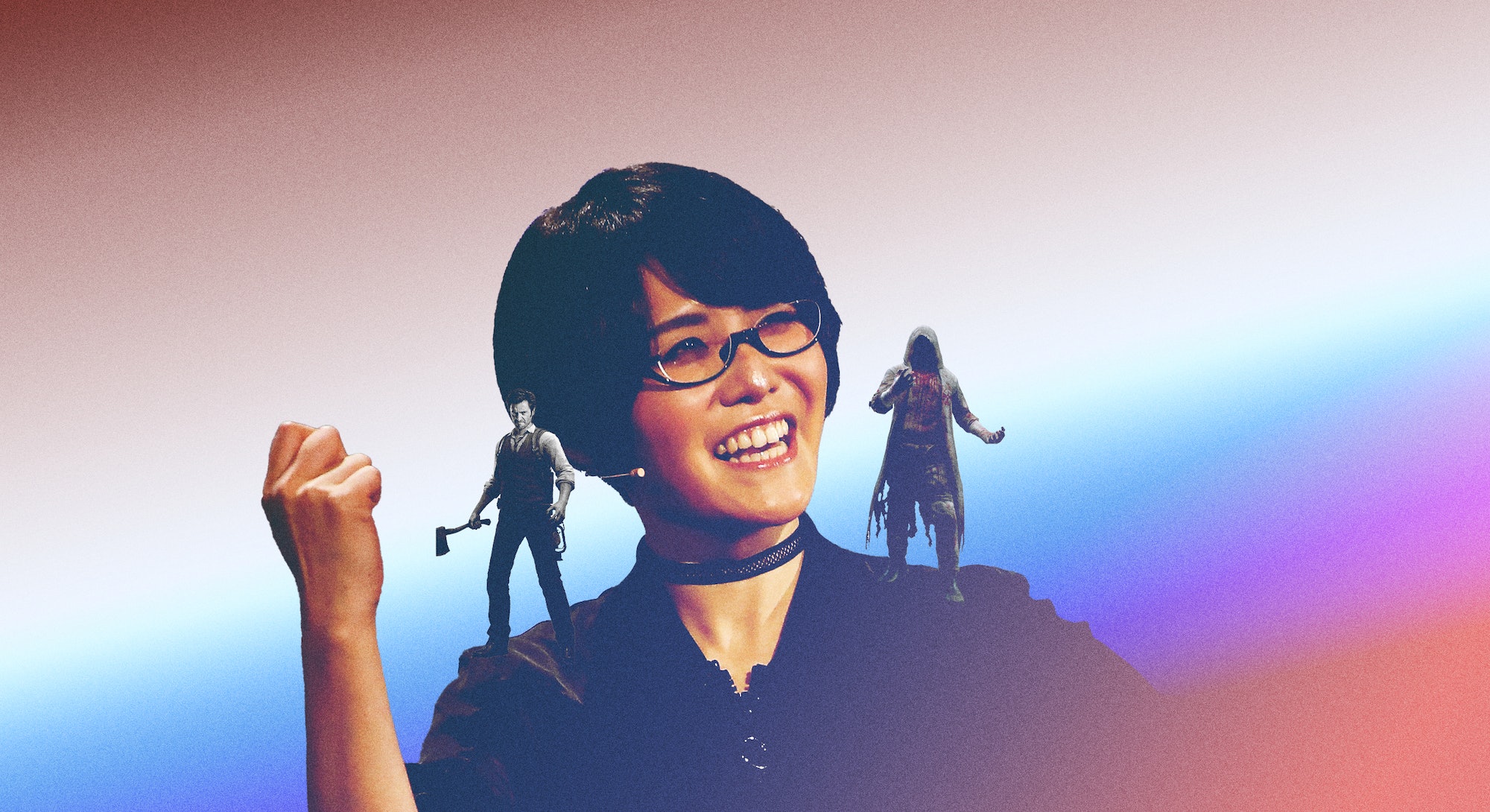 “I grew up with horror from a very early age,” Nakamura tells Inverse with a cheerful smile. “My life has always been filled with horror.”

Video games can be brutal, tense, and scary. Nakamura, who grew up captivated by Capcom’s Resident Evil games, has worked on the survival horror series The Evil Within, as well as Bayonetta and Ghostwire: Tokyo. But she believes that making games shouldn’t be anything close to a horrific experience. That’s why she founded her own independent game studio, UNSEEN, in March 2022.

“We place the greatest importance on the mindset of the developers we hire. We believe that communication, open-mindedness, and having people who can work while respecting others is the first step to a healthy environment,” she says of the studio’s philosophy.

Nakamura hasn’t revealed specifics about the studio’s debut project just yet, but she did offer some insight about its themes.

”The new IP will have wild and unpredictable narratives with cool stylized art. If I had to describe it with a few simple words, I would say it is emotional and dramatically occult, like conquering evil with evil. There is a consistent theme in my work, and that theme is "relationships" and "death," which are both topics close to our hearts,” she says.

“I am happy if we can respect creativity without creating unnecessary rules,” Nakamura says. “I also feel that the balance between developer freedom and responsibility is important to keep the team healthy.”

Game development is a notoriously difficult job. Shipping a game can demand long hours for months or even years on end. The industry is rife with stories of stressful, toxic, and even abusive workplace environments. It’s a particularly challenging field for women, many of whom report pay inequality and fewer opportunities for advancement compared to their male counterparts. In the United States, employees are beginning to speak out against these harsh conditions, and a burgeoning unionization effort within the games industry suggests that change is taking root, albeit more slowly than many would like.

Before founding UNSEEN, Nakamura worked at some of Japan’s most prestigious video game companies, including Capcom, PlatinumGames, and Tango Gameworks. (Her former mentor at all three companies, Resident Evil series co-creator Shinji Mikami, once described working at Capcom as “a fun hell” and “kind of like being in a prison where I was allowed to make games freely.”)

“The balance between developer freedom and responsibility is important to keep the team healthy.”

At E3 in June 2019, she charmed gamers the world over with her endearing personality when she was introduced as the creative director of Ghostwire: Tokyo. (“I would die for her,” said one Twitter observer. Another declared her to be “everybody’s new crush.”) Just a few months later, she left Tango Gameworks due to concerns about burnout and mental health. She had worked at the studio for nine years.

In a YouTube video with Japanese gaming outlet Game*Spark, Nakamura spoke candidly about what motivated her decision to leave Tango Gameworks and Ghostwire: Tokyo.

"I started wondering whether there wasn't a way for me to make games while feeling better. I took the decision to quit before it was too late,” she said. "Rather than stacking things upon oneself, I think that running away for something better is the healthier choice."

Nakamura didn’t know what she was going to do next. But thanks in part to her E3 notoriety, she became friendly with some iconic figures in game development overseas, including Rainbow Six Siege creative director Leroy Athanassoff and God of War director Cory Barlog.

Posing for a photo with Barlog at Santa Monica Studios HQ, Nakamura tweeted, “The work environment was so wonderful I almost lost control of my bladder.”

Nakamura and Cory Barlog pose as Kratos and Atreus from Santa Monica Studio’s God of War.

Nakamura’s travels post-Tango made it clear to her that she wanted a different kind of job and work environment than the one she’d experienced for nearly two decades.

“When I was allowed to visit game studios overseas, I had an opportunity to reconsider what a creative environment is,” she explains. “After working in the Japanese game industry for 17 years, I wanted to create a borderless studio, a borderless work environment. I am not very good at languages, but I am giving it a try to see what kind of games our borderless team can create by working together.”

“Although being in a large company provides stability, my character is insatiable.”

The gaming industry is full of directors with big personalities whose names become synonymous with a particular genre, franchise, or approach to storytelling. (Think Hideo Kojima, Todd Howard, or Amy Hennig.) But Nakamura isn’t particularly concerned about being the loudest person in the room.

“I like to collaborate with my team because it is stimulating and educational to see how ideas are created and put together in a way that I could never reach on my own,” she explains. ​​

Nakamura says managing both the logistical and creative sides of UNSEEN has opened up a whole host of opportunities and challenges.

“Perhaps it is my fate as a CEO to become desensitized to difficult situations. However, even when my mind goes blank, there are moments when I see a spark that leads to new learning opportunities. Thinking about two things at once — company management and development — is something I would never be able to experience if I worked for a large company,” she says. “Although being in a large company provides stability, my character is insatiable. I would like to continue to experience and learn new things until I die.”

While much of the UNSEEN team works remotely, Nakamura has put careful thought and consideration into the design of her studio space in Tokyo, envisioning it as a kind of “treasure box” for developers, artists, and creative people of all kinds.

“The goal is to create an environment that is a developer's secret base.”

“I was conscious of creating a space from a developer's perspective,” she says. “This vision is being built in collaboration with construction workers specializing in creative craftsmanship, led by the apparel company Diesel. The goal is to create an environment that is a developer's secret base, where game developers would want to come and visit the studio. We also focus on working in a living time-space, so the nomadic theme is also intrinsic to the creation of the space.”

Nakamura says that because UNSEEN was established during the pandemic, it was easier to adopt a more flexible approach to game development and push for a better work-life balance for employees.

“From a developer's perspective, I feel like we are always exploring elements of work culture that could be better. I would like to build a flexible development environment, where we can introduce things that match the times and figure out whether or not it is a way of working that fits us,” she says.

Inverse Luminaries profiles the most innovative and exciting people in and around the games industry for their insights on the future of the medium.