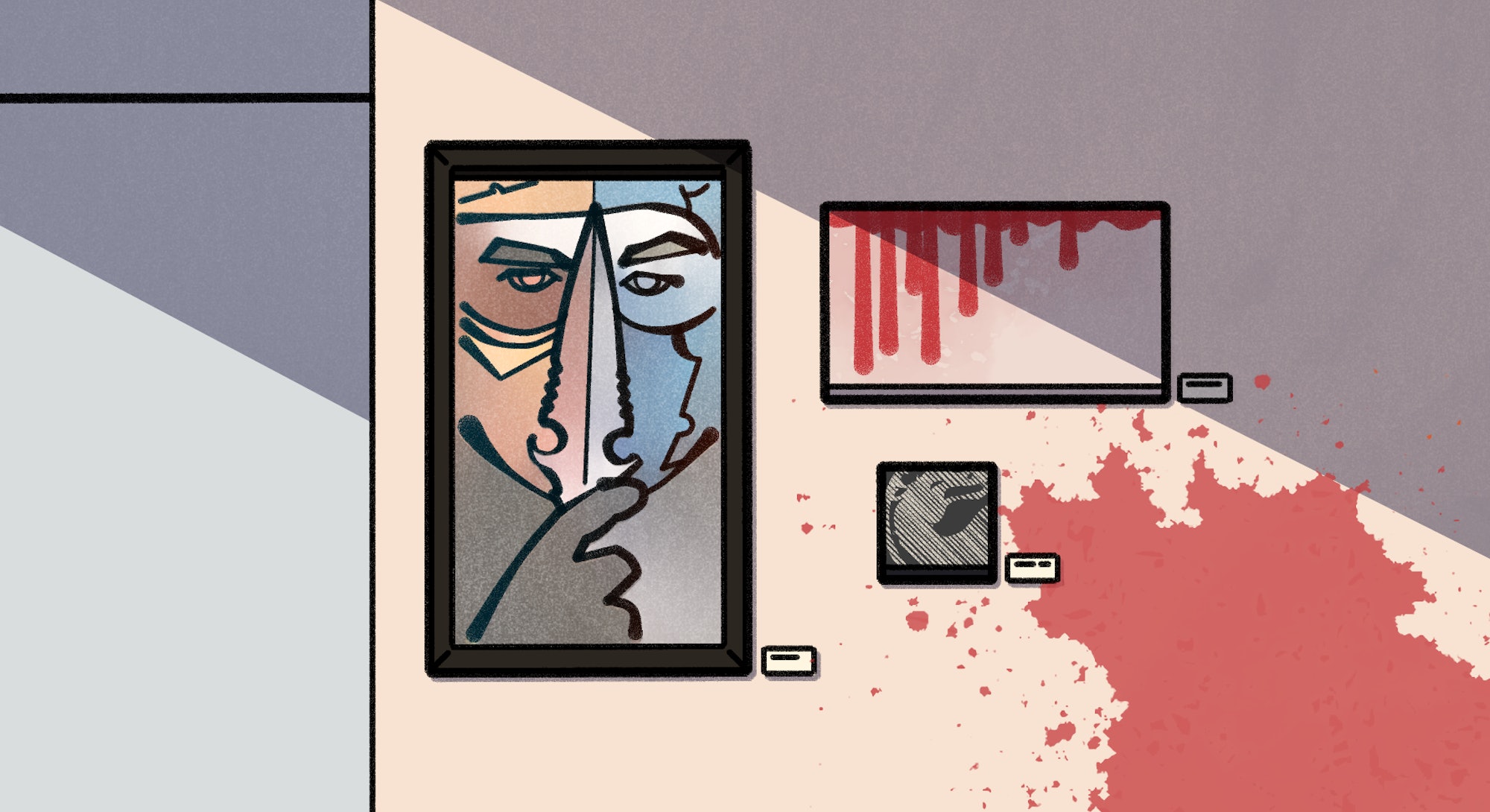 For nearly 30 years, Mortal Kombat has been the most fun and controversial fighting game franchise around.

Premiering in North American arcades in the early ‘90s, Mortal Kombat was an ultra-violent riff on the classic genre, with each fight ending in a brutal and spectacularly gory “fatality.” In the three decades since, 11 iterations of the franchise have continued to innovate how fighting games work while expanding the original lore.

With a new Mortal Kombat live-action film simultaneously playing in theaters and streaming on HBO Max, lifelong fans of the franchise are looking forward to experiencing the mythical fighting tournament like never before.

For Tom Herrmann, the release of the new Mortal Kombat movie is an opportunity to get together with a group of friends and rent an entire theater all to themselves to cheer along.

“There will probably be a lot of yelling at the screen and cheering when Sub-Zero finally freezes someone or Scorpion says, Get over here,” Hermann tells Inverse.

Meanwhile, Lars Christian Haavik is taking the HBO Max approach and staying at home to have some inebriated fun.

“We're drinking along every time there's a fatality or a game reference,” he says.

But regardless of how you enjoy Mortal Kombat, it’s their shared and tumultuous history that makes this fandom so vibrant almost 30 years after the world’s first fatality.

The history of Mortal Kombat is a long road paved with violence, arcade tokens, and lots of excited kids and angry parents. Created by Ed Boon and John Tobias, Mortal Kombat was first developed by Midway Games and released in 1992 as an arcade fighting game (before getting released on every home console in existence).

It wasn’t the first fighting game, but Mortal Kombat became instantly recognizable due to its fantastical attacks like fireballs and laser beams, as well as its ultra-violent content. Even the box made other video games look tame by comparison.

“When I was 5 or 6, I played Mortal Kombat on a friend's Sega Genesis,” Hermann says. “I remember the game box art really grabbed my attention. It felt so much more intense than Sonic the Hedgehog or any of the other games I had played up to that point. I knew there were other fighting games, but the genre became synonymous with Mortal Kombat.”

“I quickly became very obsessed with the lore.”

Before Mortal Kombat was released on home consoles, you had to go to a physical arcade and pay to play a round or two. Ben Mekler (a TV writer and host of the Mortal Kombat podcast Mortal Podkast) became a fan of the games not by playing them, but by studying the lore.

“I didn't have a lot of money as a kid, so instead of playing, I would kind of just stand there reading the character profiles that would come up with the attract mode,” Mekler says, referring to an enticing screensaver that plays automatically when an arcade machine isn’t in use.

In the case of Mortal Kombat, the cabinet’s attract mode introduced the background story of the game's characters and world.

“I quickly became very obsessed with the lore,” Mekler says. “Most of the attention on Mortal Kombat at the beginning was just on the violence and cartooniness of it, but what made the franchise last and what makes it ripe for a movie is the almost Star Wars-level amount of lore, a lot of it just implied.”

“Every character is a tragedy,” he adds. “There's this goofy, but also very, like, sweet and very sad, energy to all of the Mortal Kombat stories that are still tongue-in-cheek.”

Indeed, while the instant appeal of the franchise was its over-the-top violence, the game’s story was complex enough to keep fans coming back to find new bits of lore. There were even secret characters you could only access by fulfilling certain requirements, including Reptile, a lizard-like fighter you could only unlock in the original Mortal Kombat by getting a Double Flawless victory in single-player mode on the Pit stage and finishing the match with a “Fatality” — all of this without ever blocking.

Haavik was too young to play the original arcade game, but the promise of a character so cool it was almost impossible to unlock was too good to pass.

“He instantly became my favorite character when I first saw him on the Mortal Kombat Trilogy on Nintendo 64,” Haavik says. “I would try desperately to unlock him. I've only done it once.”

The game’s endless Easter eggs and mystic lore (involving an ancient fighting tournament designed by the “Elder Gods” to keep the universe’s 18 “realms” in balance) were also a huge part of the appeal right from the start.

“It was this plot to unravel and speculate about,” Hermann says. “That definitely kept me interested as a kid.”

Because of the controversies around the violence of the games, Mortal Kombat quickly became a forbidden fruit that kids on the playground would theorize and gossip about. Whether it was the gory fatalities or the plot twists, Ben Mekler was always interested in the latest rumor, which has now come full circle with all the speculation around the new movie.

“There's this giddy sense of gossipy, childlike whispers about what they're doing in this movie that feels straight out of the ‘90s when the games were coming out,” he says.

What’s next for Mortal Kombat?

Twenty-six years after the first live-action adaptation (which, like this new one, was praised by fans but reviled by critics), Simon McQuoid's Mortal Kombat has arrived. The 2021 reboot is performing fatalities at the box office and sparking talks of a larger universe. For the fandom, the movie’s release in the era of expanded universes means a chance to see more of the world of Mortal Kombat on the big screen. Even the movie’s star, Lewis Tan, recently teased a potential trilogy.

For fans who grew up studying Mortal Kombat’s complex roster of fighters and sprawling universe, the promise of seeing smaller characters on the big screen is extremely exciting.

“I would really like to see them moving beyond the realms of our world and explore a bit more of the other realms,” Mekler says.

As the movie teases, there are other worlds out there competing with Earth in the franchise’s titular tournament. This is something the most recent games, created by developer NetherRealm Studios, have also explored in surprisingly thoughtful story modes.

“The last game even felt like a big-budget blockbuster with different timelines clashing down and the story playing off the rich backstories of the characters,” Haavik says. “I hope we get more of that in the future.”