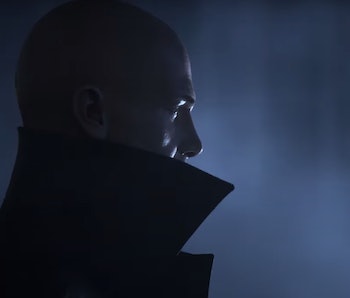 Sony gave gamers an in-depth look at its roster of PlayStation 5 titles that will be launching alongside the next-generation console during the 2020 holiday season and after its initial release date. That included a Hitman 3.

The new installment of the stealth series will be released sometime in January 2021, a couple of months after the PS5 hits shelves worldwide. Hitman 3 will be the conclusion of the World Assassination trilogy where players will once again play as Agent 47.

The PS5 title will once again be developed by IO Interactive, the studio showed off a cinematic gameplay trailer that showed off a variety of mission locations across the globe. Its debut also included a brief snipped of gameplay showing Agent 47 in a cocktail party in Dubai.

IO Interactive CEO Hakan Abrak stated during the PS5 even that this installment will blow the lid off the entirety of the trilogy.

"In Hitman 3, Agent 47 is back for his most intimate and profession contract in his entire career," he said.

Watch the gameplay trailer below:

IO Interactive revealed that Hitman 3 will make the end of Agent 47's adventures and its "Death Awaits" marketing slogan suggests that the bald-protagonist could be killed at the end of the game and he could pass on his legacy as a deadly hitman to another assassin in the future.

The Hitman franchise was first released back in 2000 with the launch of Hitman: Codename 47 and IO Interactive has cranked out seven total games since. Agent 47's adventures were rebooted in 2016 with the release of Hitman, which was followed by Hitman 2 in 2018, and now the launch of Hitman 3 will conclude the rebooted trilogy.

What excites you the most about next-gen consoles? Take our poll!

Afterwards, the series could receive a new protagonist to continue the stealth series. The Hitman series has never been a PlayStation exclusive, so it's likely Hitman 3 will also launch on Microsoft's Xbox Series X as well as PC when it launches in January.

This story is developing...

More like this
Gaming
6.23.2022 5:12 PM
Everything you need to know about Final Fantasy 16
By Corey Plante, Jen Glennon and Jess Reyes
Gaming
6.23.2022 4:00 PM
Stray producer on how a design limitation led to being "utterly inspired"
By Hayes Madsen
Gaming
6.18.2022 5:00 PM
Tetsuya Nomura dropped a massive clue about the Kingdom Hearts 4 villain
By Hayes Madsen
Related Tags
Share: