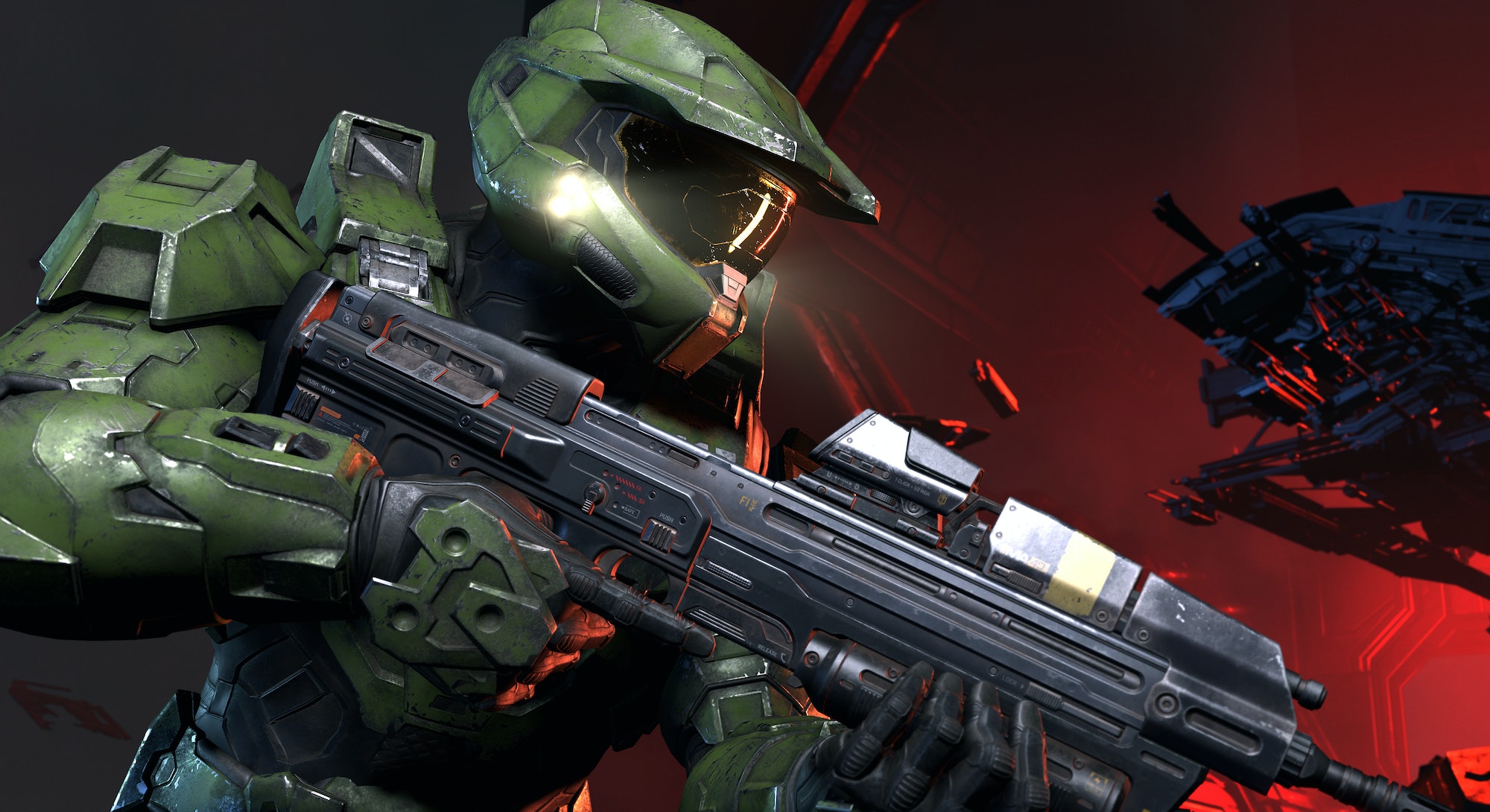 When I first saw that Halo’s Master Chief gets a grappling hook attachment in Halo Infinite, I thought to myself: “That’s not Halo.”

I could not have been more wrong.

The first several hours of Halo Infinite’s campaign I played as part of a preview make it abundantly clear that its open-world would not be possible without the Grappleshot. With it, Chief can stun enemies and zip toward them, pull himself up to high ledges or across chasms, or even rip weapons right out of enemy hands. Halo has always felt very horizontal, even in the outdoor environments where you get to fly a Banshee. Being able to swing from tree to tree or fling yourself over a rock ledge and up into the sky feels like a truly multi-dimensional gameplay experience. It’s also the one game-changing new element that makes things click.

The best open-world games give you a sandbox that encourages experimentation with few limits. The only time I hit an invisible wall in Halo Infinite was when I tried to drive a Warthog full of marines across a chasm. I knew the gap was too wide to make, yet there was a clearing through the forest and a grassy ramp right at the highest point.

After a few botched attempts getting the initial angle right, I pinned down the accelerator and jolted forward, channeling my inner Evel Knievel. “Yahoo!” one marine yelled. The wheels crackled across the dirt and stone and left the ground entirely. “Aaaah!” another marine screamed out of genuine fear. “You tryin’ to get us killed Chief?” a third grumbled as we fell to our deaths.

Just like that, I feel like I’m 12 years old again, doing silly things in a genuinely great Halo game. Life is good.

Three years after the events of Halo 5: Guardians, a random pilot discovers Master Chief’s body floating in space around a severely damaged Zeta Halo. This ring-like planetary structure was the site of a massive battle between the human UNSC forces and the Banished, a warmongering alien faction. Chief’s former beloved AI Cortana is MIA, and in her place is a cheery doppelganger Chief calls “The Weapon.”

So what the hell happened? Who’s alive and who’s dead? Who’s good and who’s bad? How can one man take on an army of Banished?

This comprehensive campaign overview can also help get you up to speed.

If you skipped Halo 5 because you heard bad things and/or have never touched a Halo Wars game, Halo Infinite is going to be as disorienting for you as it is Master Chief’s anxious new sidekick, a bearded pilot who goes suspiciously unnamed. Halo has always put style before substance, but the substance is better now than it has been in over a decade. If you remember what’s going on with Cortana these days and can distinguish between Escharum and Atriox, then you’ll be in pretty good shape going into this game. Even if you’re not, Halo Infinite is a wild ride worth getting on.

From a design standpoint, the Halo Infinite campaign cherry-picks from the best trends in gaming to deliver a masterpiece that is both new and also distinctly Halo. Chief among them is how much it leans into a well-crafted open world. Halo games have always involved sprawling missions spent cruising around lush canyons while tearing aliens to shreds. The objectives and stories, however, were always linear. Once you get back to the surface of Zeta Halo, however, it’s time to go to work (in a good way).

The modest Halo Infinite preview put me in a state of nostalgic awe at how much it feels like classic Halo while evolving that familiar formula. Somehow, a first-person shooter evokes Skyrim. (Maybe it’s because I spent too much time struggling to get over a mountain instead of going around?) The vibrant world design and breathtaking scenery inspire that feeling of wanderlust that lesser open-world games fail to capture. Yet unlike Skyrim, where too many tasks can lead to option paralysis, Halo Infinite has the perfect amount of things to do.

Infinite’s more open-ended approach encourages you to explore landmarks in between core story missions, but everything takes place in a singular overworld. You’ll retake Forward Operating Bases (FOBs) to regain control over regions and unlock more potential objectives. You can rescue captured or pinned-down UNSC forces or eliminate high-value targets, along with other objectives, and that’s just the game’s first act. The order in which you tackle them is entirely up to you.

Like Marvel’s Spider-Man, you’ll be peppered with an array of objectives after most major story beats. There are also more collectibles and random things to find, like broadcast towers from which a Grunt who serves as the Banished’s Minister of Propaganda shouts ridiculous lies about the ongoing war. Even dialogue from random enemy Grunts is genuinely hilarious, like the one who, after I killed his partner, said, “Good! I always hated that guy!”

Whenever you get even remotely close to a feeling of tedium, the only thing left to do is the next campaign mission. Impeccable pacing and a well-proportioned map that’s easy to traverse make it abundantly clear the developers considered every possible pain point.

Despite the overall polish of the experience, certain aspects can sometimes feel underwhelming or shallow. Dropships attacking you like a Skyrim dragon encounter or fireteams of invisible Elite assassins would go a long way to making Zeta Halo feel more like a living place. High-value targets feel like Halo Infinite’s take on Orc generals from Middle-earth: Shadow of Mordor. If Halo Infinite adopted that lively Nemesis System and gave each target quick cutscenes and more personality, I would play this game forever. Instead, they’re little more than slightly buffed regular enemies with cool custom weapons you can snag.

Does wanting more of a good thing count as a flaw? For all I know, maybe these elements — or something similar — are coming later in the game. The roster of villains in the campaign story is an absolute treat with far more personality and depth than previous entries, even though it sometimes feels like they exist beyond the limits of Zeta Halo’s open-world.

The dawn of a new era

If the first four missions are any indication, Halo Infinite is shaping up to be the most cinematic, gripping, and emotional Halo journey yet. It already feels like the best thing 343 Industries has done since it took over the franchise a decade ago, and all it needs to do is stick the landing. To my fellow Halo diehards: You’re going to love this. Play it on an Xbox Series X with the biggest and best TV you can find.

Halo is back, and it’s bigger than ever.

The full Halo Infinite campaign will be released on December 8, 2021. The multiplayer is available now.