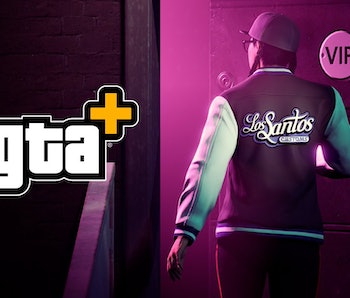 Perhaps you thought the next-gen ports of GTA V and GTA Online would be the biggest news relating to the Grand Theft Auto series in March 2022. Well, think again! On March 25, Rockstar revealed GTA+ for GTA Online, a new membership program for next-gen console players.

Though the announcement’s already raised a few eyebrows among gamers on social media, it seems the people well and truly cannot get enough of GTA V, which has sold more than 160 million copies — even before the March 15 release of the next-gen ports. Here’s what we know about GTA+.

What’s the price of a GTA+ subscription?

When is the GTA+ launch date?

The GTA+ subscription service will be available on March 29 on the PlayStation and Microsoft storefronts.

What rewards come with a GTA+ subscription?

Every month, you’ll get GTA$500,000, special vehicle upgrades, member-only discounts, GTA$ and RP bonuses. According to Rockstar, regular GTA Online events will continue as normal for all players — the subscription just gets you more perks each month.

Here’s a breakdown of the benefits GTA+ Members will receive in the first month of Membership (March 29–April 27), via Rockstar Newswire:

What do people think of GTA+?

Early reactions to Rockstar’s announcement have been mostly negative, with many commentators seeing it as a cynical cash grab from the developer.

Others point out that plenty of popular games — such as Fortnite — work on a similar monetization model, offering season passes or battle passes for new content and rewards on a subscription basis.

GTA+ is the latest in a series of moves that seem to have rubbed Rockstar fans the wrong way. The recent PS5 release of GTA V currently has an abysmal average user score of 2.0 on Metacritic, with many reviews complaining that the new port lacks new features. Back in November 2021, outcry over the bug-riddled launch of Grand Theft Auto: The Trilogy – The Definitive Edition prompted Rockstar to issue an apology, telling fans that “The updated versions of these classic games did not launch in a state that meets our own standards of quality.”