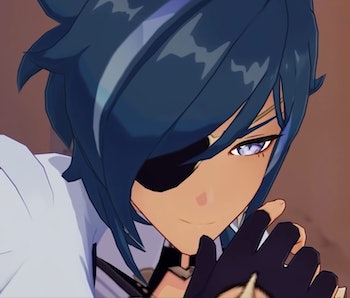 The Traveler — Genshin Impact’s protagonist — is famously underage, but that doesn’t mean they can’t work at a bar. The upcoming event “Of Drink A-Dreaming” tasks them with mixing drinks at Angel’s Share to “experience the life of a bartender,” but they can only mix non-alcoholic beverages. It was one of the events advertised for the 2.5 update along with Three Realm Offerings and Divine Ingenuity.

During the course of the event, the Traveler serves multiple characters visiting Angel’s Share and completes timed challenges serving customers based on their preferences. Each drink starts with a “Foundation” like coffee, tea, or juice, and incorporates toppings based on the character. Players can preview how these timed stages work in the Genshin Impact 2.5 special program, though it’s still subject to change.

When are the Of Drink A-Dreaming start and end dates?

Of Drink A-Dreaming starts on March 10, 2022 and will end on March 21, 2022. There’s also apparently an “afterword” that involves a quest. The “Of Drink A-Dreaming: Afterword” unlocks on the 21st, the last day of the event, and runs until March 24, 2022. Expect to see Mondstadt fan favorites along with rewards for helping to build your team.

How to participate in Of Drink A-Dreaming

Like many of the bigger Genshin events, you need to reach a certain point in the game to participate. Of Drink A-Dreaming has these prerequisites:

Why these prerequisites? It’s not confirmed, but based on how past events have unfolded, it’s likely because the story quest is written as if the player has already completed these two quests. For context, the Archon Quest Interlude Chapter: Act 1 is the most recent story quest that involves Ningguang and the building of the Jade Chamber, so players need to be fairly deep into the game.

Thankfully, the story quest will be easier to unlock during the event. Story quests for more recently released characters typically need higher levels and story keys for players to unlock them. However, miHoYo will lower the level for Eula’s story quest down to level 28 and waive the need for a story key, so it’s even easier for lower-level players to participate.

What are the Of Drink A-Dreaming rewards?

Players receive Primogems, Hero’s Wit, Talent Level-Up Materials, and Weapon Ascension Materials for participating in Of Drink A-Dreaming. It’s unclear what players will need to do to unlock each of these specific rewards.

We do know that unlocking all the drink recipes rewards the player with a limited edition “Celebration: Binge Vessel” namecard, a teacup-themed card. Tavern Tales, presumably a subsection of the event, offers event-exclusive Furnishing that can be placed inside one’s Serenitea Pot once completed.

miHoYo hasn’t announced how many drinks players will need to unlock during the event. Early leaks suggest that there are over 21 recipes to discover.

What’s next after Of Drink A-Dreaming?

Hyakunin Ikki is a tag-team fighting tournament that players can participate in for rewards such as Primogems, Talent Level-Up Materials, and Weapon Ascension Materials. It requires players to be at least Adventure Rank 30 or above, and to have completed the Archon Quest “Ritou Escape Plan” to participate. It starts on March 18, 2022, so it’ll overlap with the Of Drink A-Dreaming event.

Meanwhile, the Overflowing Mastery event starts at the tail end of Of Drink A-Dreaming. “Overflowing Mastery” simply offers players double the output for Talent Level-Up Domains only, not Weapon Ascension or Artifact Domains.

Overflowing Mastery only lasts for a week from March 21, 2022 to March 28, 2022. Plan your schedule carefully so that you hit all the domains you need to for the characters you want to level. For example, Eula’s Talents need Resistance books, which players can only farm from the Forsaken Rift on Tuesdays, Fridays, and Sundays.