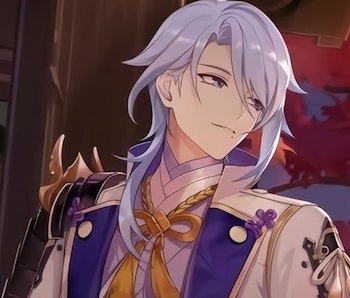 Just the announcement of an upcoming Genshin Impact livestream is enough to send it trending. HoYoverse just dropped the official dates for the 2.6 broadcast along with promotional art of some familiar faces. Kamisato Ayato, the brother of beloved Cryo princess Kamisato Ayaka, is the headliner along with a handful of other clues that leakers have been pointing to for weeks. Like past updates, Genshin Impact 2.6 will likely feature new characters, regions, and events. However, HoYoverse is sure to have more in store for those tuning in. Here’s what to expect from the upcoming Genshin Impact version 2.6 livestream.

When is the Genshin Impact Version 2.6 livestream start time?

As expected, the Genshin Impact 2.6 livestream airs Friday, March 18, 2022. However, it’s at 8 a.m. EST instead of 7 a.m. thanks to Daylight Savings. This aligns with HoYoverse’s typical Genshin update schedule, which introduces a major update every six weeks. It also confirms livestream dates and times will most likely be released on Wednesdays before airing on Fridays about two weeks before the actual update.

How to watch the Genshin Impact Version 2.6 livestream

The Genshin Impact 2.6 livestream should be available on Twitch, YouTube, and Bilibili around the scheduled time. Don’t be alarmed if you can’t find the video right away or it runs a little late. All languages air simultaneously, so there’s no need to wait for translations.

Don’t worry if you can’t make the exact time, either. Those who can’t commit to the broadcast schedule can watch it later on YouTube. Livestreams convert into VODs the moment they end, which can then be found in the channel’s video library. Players will also be able to claim Primogem codes (typically revealed during breaks in the livestream) 24 hours after the original stream.

What will be revealed during the Genshin Impact Version 2.6 livestream?

HoYoverse hasn’t revealed an outline for its Genshin Impact 2.6 livestream. However, we have a general idea of what to expect. For example, the Genshin Impact 2.5 livestream already teased a glimpse into The Chasm. This new region debuts in the 2.6 update, so we’ll probably hear more about it and any events surrounding it.

The Genshin 2.6 livestream will also likely offer a full profile of Kamisato Ayato and his abilities, including his talents and passives. HoYoverse already confirmed him as a Hydro Sword user and included him in every promotional banner across its regional accounts. Leakers and promotional art also point to possible rerun candidates for the 2.6 update.

The stream should reveal the official date and time the 2.6 update goes live, too. The Genshin Impact community already has dedicated calendars based around the six-week update schedule, but it’ll be official after the livestream airs. Other information such as new weapons, events, and bosses will also likely be discussed during the stream.

What are the Genshin Impact Version 2.6 banners?

Kamisato Ayato is the main candidate for the first banner as the featured 5-star. He seems to be set up as a melee Hydro DPS, which should intrigue those considering Hydro DPS characters besides Childe. It’s unclear which three 4-star characters will run with him, but guesses range from already existing Inazuman 4-stars like Thoma to possible new ones like Shinkanoin Heizou.

The English promotional art features Ayato alongside the Traveler and his sister, Ayaka. Meanwhile, other countries also include characters like Venti and Ganyu. Most leaks seem to agree with Venti rerunning alongside Ayato, which has already caused some turmoil for fans torn between the two. Many are expecting Ayaka and Kazuha to rerun some point during the update, too.

This would be Venti’s third run, and Ayaka and Kazuha’s second. Players will need to choose how to spend their Primogems wisely, lest they wait another year for a possible rerun.

More like this
Gaming
14 hours ago
How to Get the Scholarly Lisa Skin For Free in Genshin Impact
By Jess Reyes
Gaming
17 hours ago
What to expect from the February 2023 Nintendo Direct — and how to watch
By Jess Reyes
Gaming
Feb. 4, 2023
Hogwarts Legacy Release Dates, Early Access, and Preorder Bonuses, Explained
By Jen Glennon
LEARN SOMETHING NEW EVERY DAY.
Related Tags
Share: