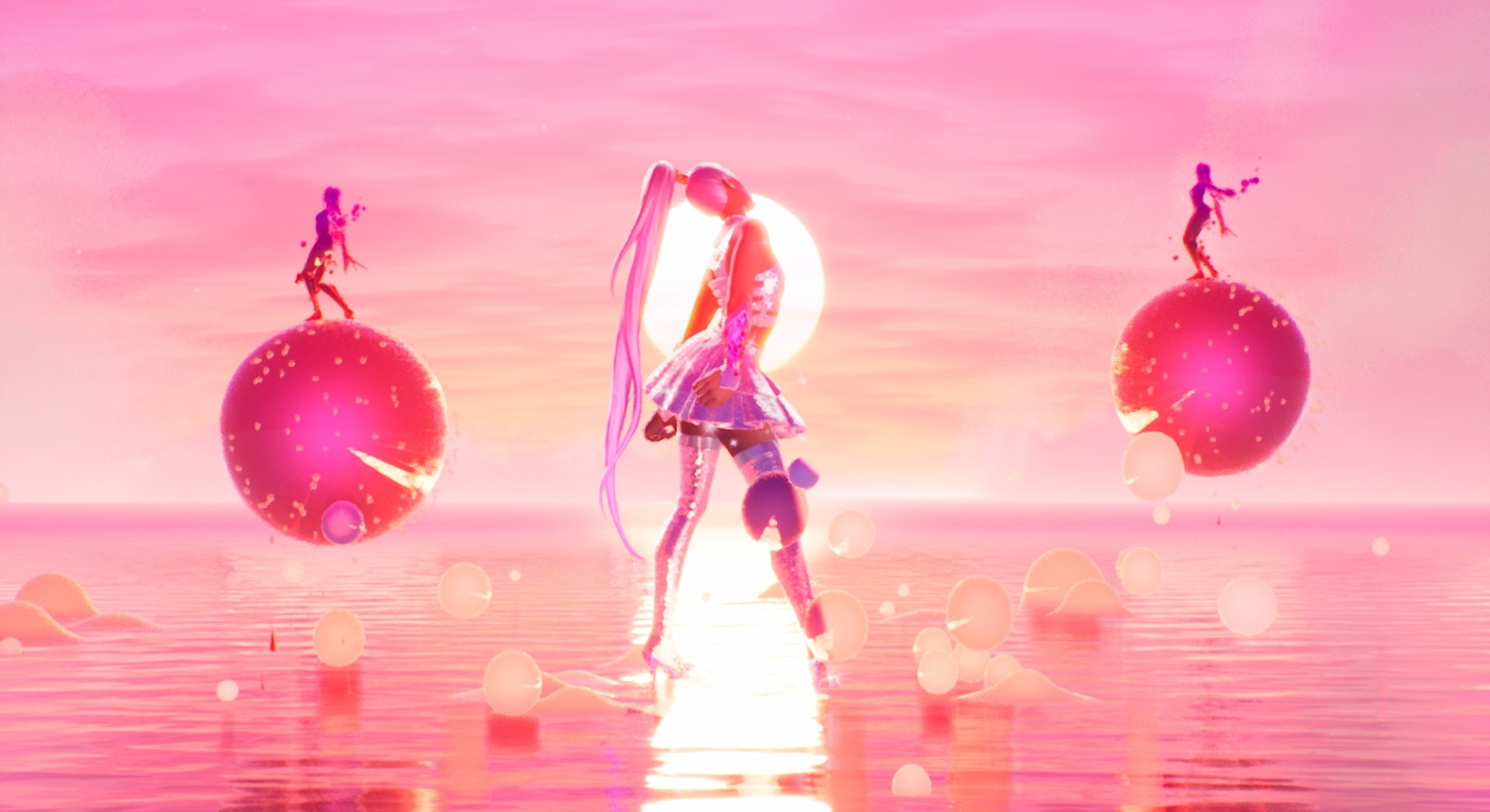 The team behind Fortnite isn’t content with making one of the world’s most popular games.

With interactive experiences like the Rift Tour featuring pop icon Ariana Grande, Epic Games seeks to transform Fortnite into a vibrant virtual destination in its own right. But Phil Rampulla, Head of Brand at Epic, knows they can’t do it alone.

He adds, “The experiences that we create inside that world are going to enhance the dynamic range of what gaming is known for, making it a true art form at the highest level.”

As millions have discovered in the last year and a half, video games allow us to experience the fantastic and implausible at the touch of a button. In the case of the Rift Tour, that means watching a 50-foot-tall Ariana Grande stomp through an MC Escher-inspired maze with holographic boots flickering like flames, or watching the singer sprout crystalline wings as she emerges from a cloud like a cotton-candy Sephiroth.

Inverse spoke with Rampulla about the collaboration behind the Rift Tour, the future of Fortnite as a living digital space, and the prospect of Lil Nas X getting an interactive concert experience of his own.

What was Ariana’s role in the creative process for the Rift Tour?

She was a great collaborator. Her team provided all the information we needed to portray her and her vision in the most authentic way. The back and forth between the artists and her team was really amazing as well. Our artists really leaned into exploring different spaces and looks and styles, both with how her outfit was designed as well as the world around it. She was super thrilled with what we wound up creating.

Were there any games that the team looked to as inspiration for the Rift Tour’s setpieces?

Most of our inspiration came from a nostalgic homage to things that have existed in Fortnite but have never really come together. The surfing moment was inspired by the cosmetic wrap world that we created in Fortnite. How do we take things like the Storm King, the planes, and Cuddle Team Leader, and present them in these completely new fantastical ways?

There’s a striking moment when the player needs to revive someone nearby. What did the team want to convey with that scene?

A lot of thinking went into that. The team really wanted to provide one moment that basically represents all of Fortnite coming together. It's a big hug to our fans and saying thank you for being part of our world. It’s also a way of acknowledging that these kinds of spaces provide folks all around the world the chance to feel connected in an inclusive, positive space and also be entertained. Bringing people together is something that's really really important to us.

How can Fortnite continue to expand its appeal to women and girls?

Ari’s an incredibly talented, strong woman — we want that in our world 100 percent. We have one of the larger female populations in gaming, and we want to continue to grow that, and make sure that inclusion and positivity for everyone around the world are at the core of everything that we do. Hopefully, by creating more experiences that aren't just the typical Battle Royale modes, we’re going to invite players that we can't even think about right now, that might not even be on our minds. That's the hope, that Fortnite becomes a place where there's something for everyone, rather than just a game.

“People's imaginations are going to be the only limit to what can actually take place inside Fortnite.”

How do you define the metaverse, and how do you see Fortnite’s role in it?

It's an immersive 3D space you are able to visit, have a presence in, and be connected with people around the world. The experiences that we create inside that world are going to enhance the dynamic range of what gaming is known for, making it a true art form at the highest level.

How movies and music are represented in the metaverse is going to continue to change and alter, by way of this high level of interactivity and social connection. Having fans and players direct and change the experience over time is something I think is on the horizon.

What kinds of challenges and opportunities do you see for Fortnite in the years to come?

It's really hard to tell. We're trying to lean into everyone helping us build it together — from big stars like Ariana to the folks making content in our creative platform. So, it's pretty limitless.

I know one of the things we want to make sure that we maintain is the true spirit of Fortnite, which is a place of pure joy, entertainment, inclusivity, and positivity.

Anything else can really happen, and hopefully everything does. People's imaginations are going to be the only limit to what can actually take place inside Fortnite.

“That's the hope, that Fortnite becomes a place where there's something for everyone, rather than just a game.”

Lil Nas X recently shared a fan rendering of a character skin of him in Fortnite. Could we possibly see a concert from him in the future?

I can't ever promise anything that will or won't come to Fortnite, but we did see it. It was really really well done, absolutely.