“Unlike the fantastical and beautiful Final Fantasy titles, this one is gritty and reeks of blood...” 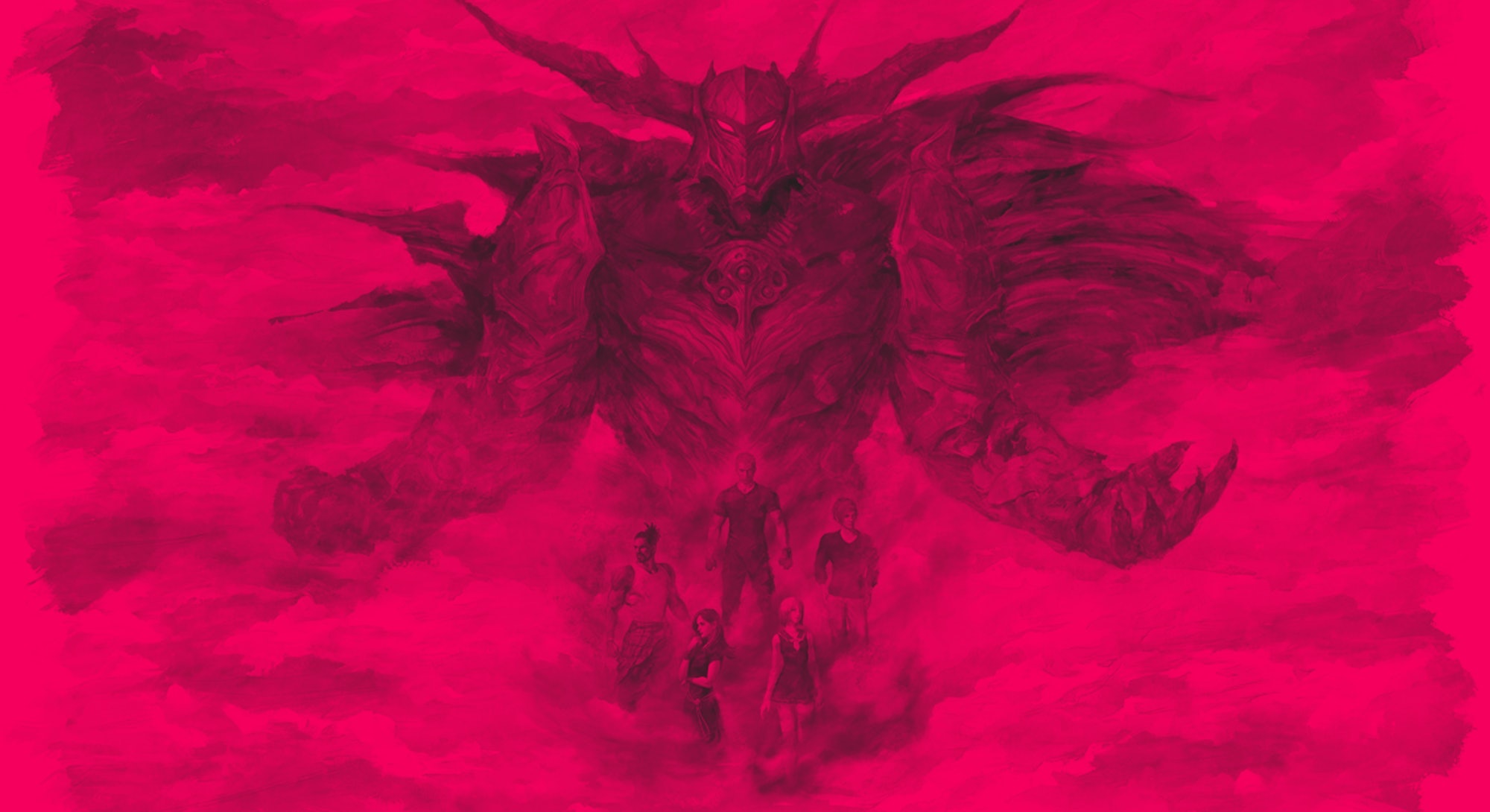 Following the introduction of several new reimagined characters and locations, we learn that our hero Jack is Garland, the antagonist of the first Final Fantasy. For developer Tetsuya Nomura, who is behind the Concept and Character Design for Final Fantasy Origin, this twist is the impetus behind the extremely dark tone.

"As he's the iconic villain of the first entry in the Final Fantasy series and the narrative of this game centers around why he became Chaos, the game naturally adopted a darker tone," he tells Inverse in an exclusive interview.

"Unlike the fantastical and beautiful Final Fantasy titles, this one is gritty and reeks of blood — a game where you'll be picking yourself up from the ground again and again."

In an exclusive interview with Inverse, Tetsuya Nomura breaks down that trailer twist, Final Fantasy Origin's gnarly tone, and why the Final Fantasy franchise is always open to new ideas:

Watch this trailer before reading the interview.

Why do you think that the Final Fantasy franchise can adapt to so many different genres so well?

Nomura: Back when I was creating Final Fantasy games with Mr. Hironobu Sakaguchi, I remember he told me, "Final Fantasy doesn't necessarily have to be a traditional RPG—mainline titles can even be novels or movies." This left a lasting impression on me. I personally felt that this idea of not being pigeonholed into one shape or format is Final Fantasy's identity.

Believing in his words, I've taken on various genres, and have been able to do so because this philosophy has been carried on over time.

How would you describe Stranger of Paradise Final Fantasy Origin's relationship to the story of the first Final Fantasy game and the series as a whole?

Nomura: The narrative of this title doesn't completely connect to or continue from the first Final Fantasy—rather, we created a new story that uses the first title as its motif. On the outside, you'll notice that this game shares characters, names/terms, as well as world lore with the original game, but if you look closer, you'll see that the structure of the world (from a gameplay perspective) has taken inspiration from other mainline Final Fantasy titles.

Nomura: As we revealed in the latest trailer, the protagonist of this game is Garland. With that in mind, we made Jack older than the protagonists from previous Final Fantasy titles, and his appearance is more rugged, too. As he's the iconic villain of the first entry in the Final Fantasy series and the narrative of this game centers around why he became Chaos, the game naturally adopted a darker tone.

Jack, Ash, and Jed wear clothing that wouldn't be out of place in our own world. How do these characters fit into the game's dark fantasy setting?

Nomura: Their clothing represents the fact that these characters are not originally citizens of this world. That is based on a similar premise of the first Final Fantasy, though it wasn't explicitly spelled out in that game.

As Stranger of Paradise has a system where characters will be swapping their costumes left and right, their initial attire is nothing but a simple symbol to convey that they are citizens of another world. This game tells the story of who these characters are and where they came from, so I hope you enjoy learning more through the game's narrative.

Nomura: It's probably the fact that the story centers around Garland—the villain—as the game's protagonist, as well as the fact that there are highly challenging battles with a dark story as the backdrop.

Unlike previous Final Fantasy titles, some younger players might find it difficult to empathize with Jack at first. However, I believe the story is written in such a way that by the end, even these players will be able to look back at Jack's emotions and feel some resonance.

Unlike the fantastical and beautiful Final Fantasy titles, this one is gritty and reeks of blood – a game where you'll be picking yourself up from the ground again and again.

Stranger of Paradise Final Fantasy Origin will be released on March 18, 2022.