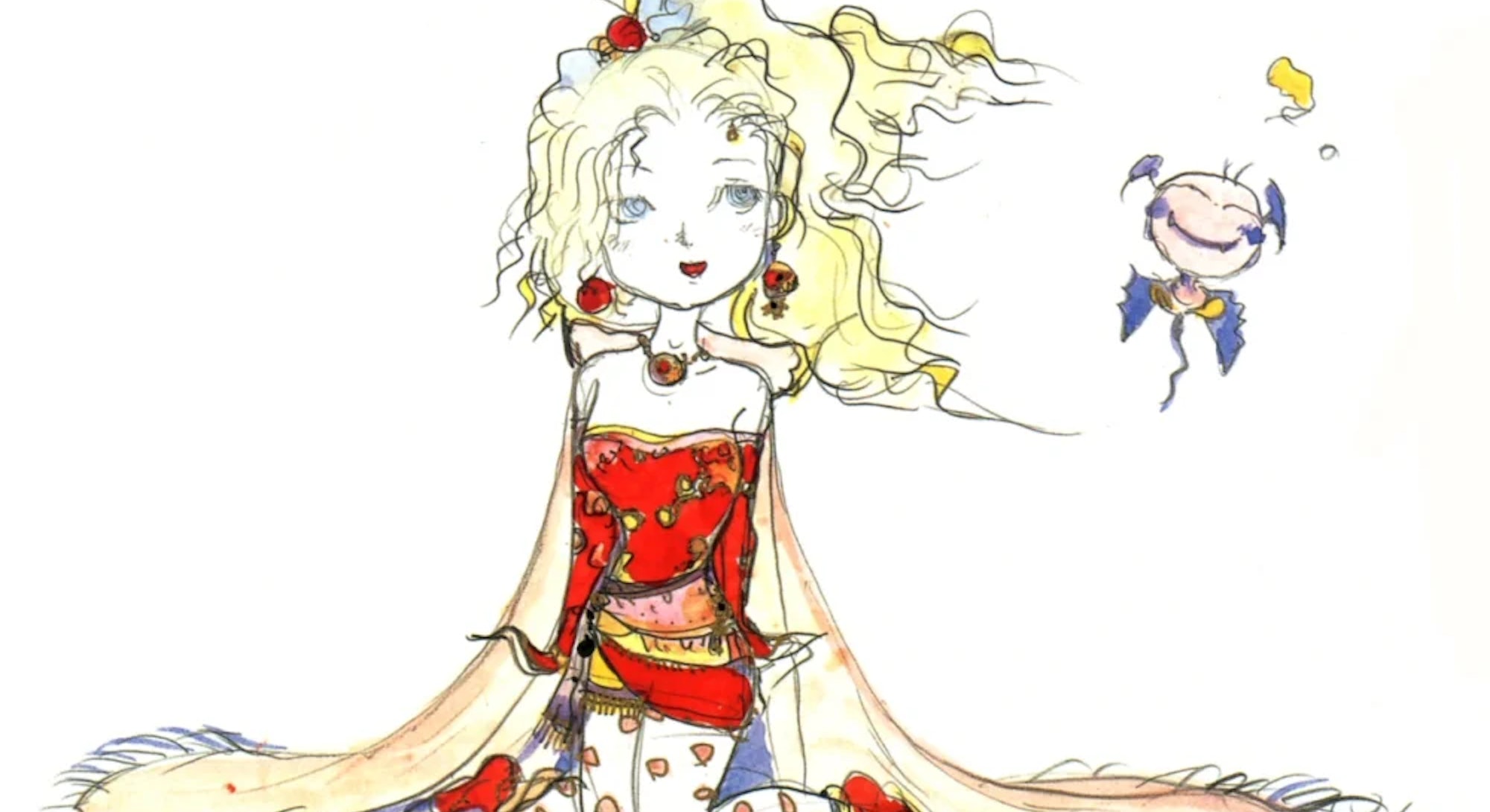 Who would have thought three little statues could cause so much trouble?

By the time you reach the Floating Continent in Final Fantasy VI, you’d be forgiven for thinking this story was just about to reach its dramatic conclusion. The evil dog-man Emperor Gestahl has just laid his genocidal plans for the Esper World on the table, killed his dissenting subordinate General Leo, and stolen the three statues that control the balance of magical power in the world. It’s about to hit the fan in a serious way.

At this point, it seems there’s nothing left to do but put a bloody end to Gestahl. And that’s the basic story of pretty much every RPG ever: Stop the baddie’s plan for ultimate dominance before it’s too late. Right?

It’s not quite so simple in FF6, which thumbs its nose at those expectations to deliver one of the most unforgettable (and influential) twists in gaming. Kefka — who we mostly know up to this point as the Emperor’s weirdo sidekick with a creepy laugh — decides to yeet his boss off the side of a cliff and immediately launch the apocalypse, just for the fun of it. There is no time to stop him.

And just like that, you have lost the most important battle of your lives — and everyone else’s. The consequences are swift and cruel.

Final Fantasy was released on December 18, 1987, and 35 years later, it remains one of the most beloved franchises in gaming. Inverse's celebration takes a look back at our favorite games, characters, and moments over the years.

But this isn’t just a game over where you’re forced to endure a challenging boss fight or a long stretch of dungeon again. Instead, the Floating Continent crumbles beneath your feet within minutes as you flee for safety that’s nowhere to be found. After you leap from the edge, you see towns and villages you’ve visited torn asunder, engulfed in a vast nothingness. You won’t see it on-screen — this is a SNES game from the era of blue blood in Mortal Kombat, after all — but it’s fair to assume that scores of people die.

You awaken an untold number of days later, as former Imperial General Celes. You’re alone on an island with a dying old man and can only assume the companions you spent the last several dozen hours with are dead and gone. The lavish music of prior hours is gone, and all you hear is the numbing crash of waves.

Perhaps you can save the old coot by catching enough of the zippy fish in the noxious gray seawater. But maybe you can’t. If not, you throw yourself into the sea, just like you threw that bouquet from the balcony of the Opera House in happier times.

But death doesn’t want you yet.

You wake up again on a beach, near a carrier pigeon sporting an old friend’s familiar bandana. With a glimmer of hope that all is not lost, you find the old man’s raft in the basement and entrust yourself to the sea again — but this time to ferry you toward life, not death. Eventually, you return to a world that’s irrevocably broken. But it’s still alive. Just like you.

Celes awakens on a lonely island in a decimated world.

This interlude on the island doesn’t take more than fifteen or twenty minutes, and there isn’t any challenging combat or exploration. It feels like a total break-slam after a long, grueling dungeon that culminates in a showdown between every hero and villain the game has introduced to this point. Yet what’s most striking about this sequence is how gameplay takes a backseat to character and storytelling.

You care about this calamity because you just lost all your party members, and perhaps because there were some places you’d been meaning to go back to. But you also care because you want to help this group of friends you’ve spent the last 20 hours with, because they’re important to each other, and they’ve become important to you, too.

Every preceding Final Fantasy game tells its story primarily through boss fights. FF6 is built on a foundation of setpiece, character-driven sequences like this one, where you’re not fighting or exploring — the opening scene in Narshe, the Opera House, the Figaro brothers’ coin toss, and Cyan seeing his family on the train are a few examples of many. It’s something that FF7 expands upon by several orders of magnitude, and something you see glimmers of in FF4 and FF5, but it first becomes a clear design emphasis for the series in FF6.

So, why is this twist still such a banger, even nearly three decades on? There are countless sequences in RPGs where you get separated from your friends. But FF6 truly commits to the bit for the entire second half of its runtime, and going from a dozen-strong army to a stripped-down party of three or four is a pretty powerful motivation to start searching. And when you do start looking, you’ll find most of your pals have changed quite dramatically due to the whole apocalypse thing. That said, if you relish a challenge (or simply dislike certain characters), you only need to recruit four of the 14 possible party members.

In the years since 1994, lots of games have done the “end of the world” twist. Heck, Chrono Trigger and Earthbound both did it the following year! But many games that come immediately to mind hinge upon finding some method to undo the calamity — whether it’s going back in time or, erm, using robots to go back in time.

But the world of FF6 isn’t quite so benevolent, and that’s why it still hits so hard, despite being a story with mech suits, yetis, and magic spells. You can defeat Kefka eventually, but the blood-red sky won’t turn blue again. This is a world in which there are wounds that just don’t heal, and some people who cannot be revived with a Phoenix Down.

In a nutshell, the message of FF6 is: If you’re going through hell, the only thing to do is keep going.

Best of all? The World of Ruin wasn’t even part of the original plan for FF6. According to a 2019 Famitsu interview (via Noisy Pixel), what we now think of as the second half of the story was only added because development was progressing ahead of schedule. Director Yoshinori Kitase told Famitsu, “We originally planned for the party to save the world and defeat Kefka just as things were looking grim and the world was about to be destroyed.”

Final Fantasy is known today for its willingness to tell audacious, high-concept stories. In many ways, that vision started with FF6.