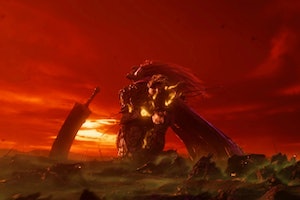 We’re all starving for more information about Elden Ring, a game that literally won an award at the 2020 Game Awards for all the hype. Since developer FromSoftware revealed it at E3 2019, no new information has been shared with the public. All we’ve gotten so far is a two-minute trailer that showed off some characters while setting the tone, and we know it’s a collaboration with Game of Thrones author George R.R. Martin. That’s it.

But FromSoftware fans are some of the most dedicated bunch, many of them delving deep into the lore of the developer’s games. The Dark Souls games are known for being cryptic, so fans often have to fill in the blanks with their own theories to make sense of the story.

Since Elden Ring is shrouded in mystery, the community has taken it upon themselves to come up with theories — even going so far as to start development on an Elden Ring game of their own.

These five of the most fascinating Elden Ring fan theories from the game’s subreddit community.

5. Gathering fragments to restore the ring

Kicking things off is a theory about the Elden Ring itself. As many fans have noted, including Redditor varzat, the Ring has been shattered, and it’s possible you’ll be responsible for putting it back together in the game.

The Redditor suggests that players could have to “collect pieces of the Elden Ring for each main boss” in the game, comparing it to the way you gather ashes in Dark Souls 3. Another Redditor in the same thread above mentions visiting different kingdoms to find these ring fragments. At the end of the game, you’d be tasked with either restoring the Ring for the greater good or taking it for yourself — with a secret third option. This is in line with the Souls games, as they often have multiple endings.

The main point is that the titular Elden Ring could be what holds the world together, and the fact that it’s been shattered might be the driving force of the game.

4. The ring isn’t a physical object at all

One Redditor, Muldoin, thinks the Elden Ring isn’t a physical item, but rather “a concept of reality.”

Similar to the previous theory, the idea of a shattered ring is present, but instead, Muldoin thinks this has destroyed reality in the game’s world.

In the trailer, you can see a person destroying what is believed to be the Elden Ring. “Once the Ring was destroyed, reality was fragmented, represented by the cracks we see forming on the person's back,” Muldoin says. “The identity of the person who is doing the smashing doesn't really matter. He is just used as imagery to show the fact the Ring was destroyed and the world is in ruin because of it.”

So, perhaps your goal is still to restore the Ring, but instead of gathering literal objects, the task will be more conceptual, almost like Loop Hero.

The next theory is way more in-depth. This one comes from Redditor JackJR91, and it involves a connection to Celtic folklore. JackJR91 brought up the character from the trailer who is attaching an arm and drew a parallel to Nuada from Irish mythology. This character “loses his arm in battle,” JackJR91 says.

In the trailer, a character holding the severed arms is wearing gold robes, which, as JackJR91explains, is “very significant in Irish folklore, and would possibly signify royalty.” Tying it back to Nuada, the Redditor notes that in mythology, these characters must have “perfect” bodies in order to reign as kings. And this could explain why the character in the trailer is attaching a new arm — in order to rule as a “perfect” king.

2. Is Elden Ring based on cut content from Dark Souls 3?

Dark Souls 3 had a lot of cut content that never made it into the final version of the game. Redditor Insatic thinks Elden Ring will incorporate some of Dark Souls 3’s cut content, including the ability to perform “ceremonies” on enemies to create different bonfires (or save points).

In essence, Dark Souls 3 was apparently originally going to allow the player to place their own bonfires anywhere, which would allow you to alter the time of day. Depending on the time of day, different enemies or bosses would appear. As Insatic notes, this mechanic — while interesting — is very different from what fans have grown used to in Dark Souls.

But with Elden Ring being an open-world game, it would make more sense to be able to place bonfires at will, which would change the status of the world including the enemy types. The Redditor suggests that players could only fight certain bosses “if you performed the ceremony that eclipsed the moon.”

1. The community was working on their own version of Elden Ring

Let’s end on the most impressive Elden Ring fan-led creation: an entire video game. That’s right, redditors got tired of waiting for the real thing, and started development on their very own game called Elden Ring: FakeLore Edition, based on the art and tone of the game’s official trailer while borrowing from the Souls games.

A video demo for the fan-made game shows off the combat that looks a lot like Dark Souls, but it uses assets based on Elden Ring. Its creation was led by Redditor Spriteblood and reportedly had around 100 developers working on it from the community.

As of summer 2021, it doesn’t seem like a finished playable build was ever released. In November 2020, SpriteBlood posted about a “multiplayer version” of FakeLore Edition, but its download link and Discord channel have been taken down, likely due to copyright infringement. Still, it’s impressive the Elden Ring community was able to get so many members on board to create something like this.