How disabled 'Elden Ring' players conquered the Lands Between 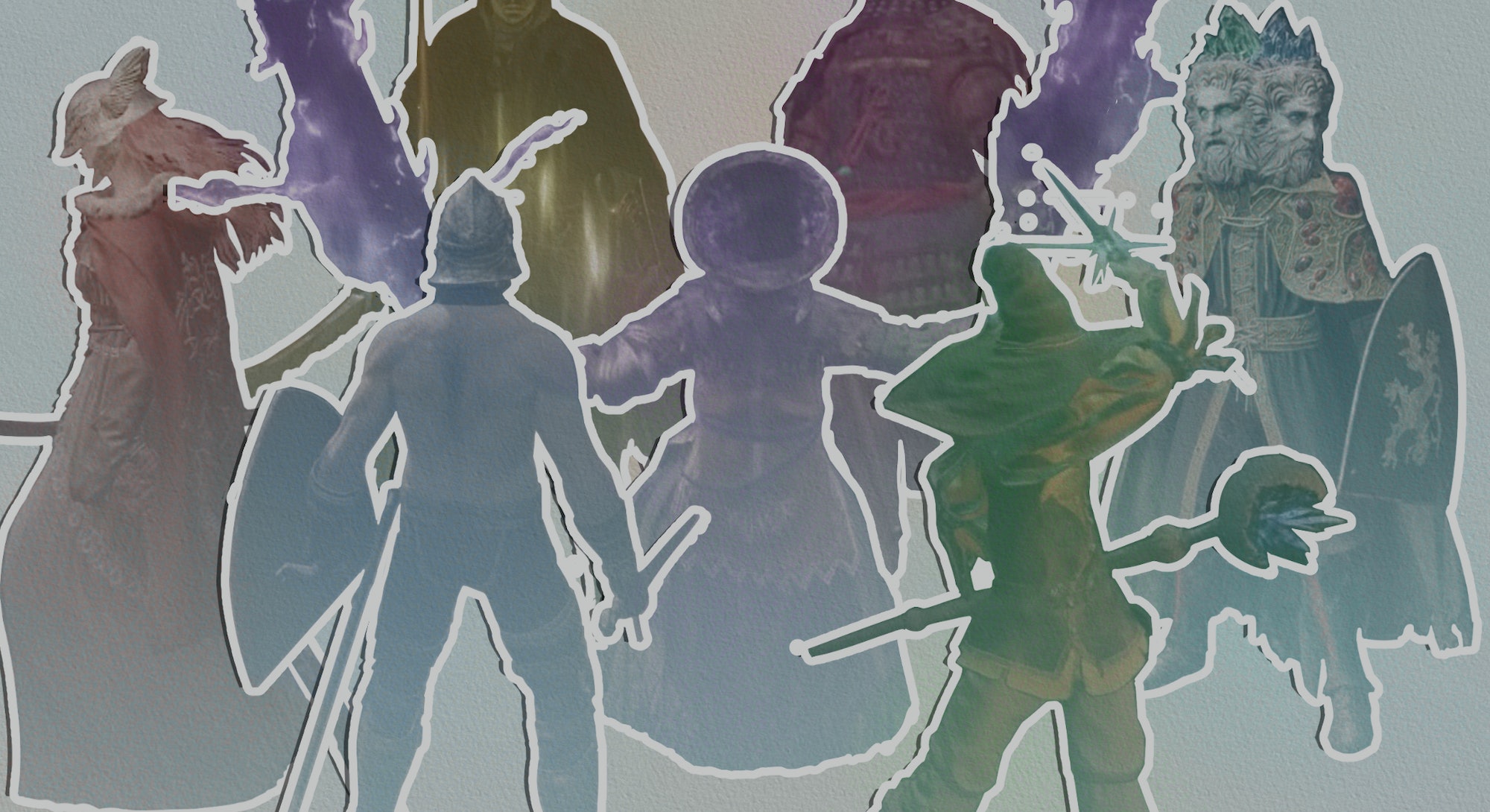 The Lands Between are vast and dangerous.

That’s why many players quickly grew to love Elden Ring’s “spectral steed,” known as Torrent. Riding on horseback allows you to flee from danger and score quick hits on large and lumbering foes.

But for Stephanie Marten, who lives with chronic migraines and vertigo, Torrent was a major accessibility barrier. Due to the speed and rapid camera movements, Marten struggled with the game’s horseback combat, describing it as an “absolute pukefest.”

“I avoid fighting on my horse at all costs because it can trigger vertigo,” Marten tells Inverse. “The hardest boss for me was the Fallingstar Beast, due to the rapid movement and camera turns and the fight being easier on horseback.”

But Torrent didn’t stop Marten from beating the game — she’s already moved on to meatier challenges with a New Game Plus playthrough. And she’s not the only one. Inverse spoke with four players with varying accessibility barriers about how Elden Ring's customization options allowed them to enjoy the latest offering from FromSoftware, a studio known for its extremely challenging games.

Choose your own adventure

For the uninitiated, here’s how customization works. In Elden Ring, you earn Runes by slaying enemies and finding valuable items, which can be used to boost your character's stats. Later on, you’ll unlock the ability to reconfigure or “respec” those stats at any time. Unlike many RPGs, you’re not locked into being any one particular character class. Instead, you can combine elements of each type of fighter however you like. This opens up an enormous variety of playstyles — and offers a layer of accessibility beyond toggleable settings for disabled individuals.

What’s more, Elden Ring lets you explore the various regions of Lands Between and challenge bosses in virtually any order, at your own pace. If one area or encounter is too challenging, you’re free to explore elsewhere and come back when you’re stronger.

Accessibility is more than a menu filled with options and sliders. In addition to control remapping, subtitles, and colorblind filters, developers can utilize inclusive design practices to create accessible experiences without layering them inside complex menus. While Elden Ring lacks obvious accessibility features like full control remapping and comprehensive subtitle options, its vast freedom in terms of customization and exploration makes this title more approachable for disabled players than any previous FromSoftware game.

As a quadriplegic player, Markus Kämäräinen gravitated toward straightforward strength builds, pairing large weapons with heavy armor. During his first 70 hours in the Lands Between, he utilized Bloodhound’s Fang. This Curved Greatsword utilizes Strength and Dexterity and comes with a unique skill that grants players a faster and more precise dodge. After noticing a severe drop in damage in the late game, he opted to use two large hammers and beefed-up endurance and health bars to tank damage.

“The simple playstyle consisting of hitting, rolling, and flasking felt much more accessible for me, as it minimized the inputs and simplified the stimuli. By comparison, a mage build would require constant switching of spells, flasks and items,” Kämäräinen tells Inverse. “The build allowed me to make errors without dying instantly, which was a major aid, especially in prolonged boss fights.”

Despite reducing the number of buttons and actions, Kämäräinen still struggled to defeat challenging bosses and encounters. Even with mechanics like enlisting aid from fellow players summoning Spirit Ashes — NPCs who can assist in battle using unique skills and weapons — aggressive enemies prevented him from resting or healing when necessary.

“[A]ggressive bosses don't give you any breather for flasking, regathering yourself or just resting your muscles a bit,” he says. “Due to my disability, I fatigue relatively easily, and I have slightly slower reflexes, so managing my quick inventory and taking a five-second break mid-fight was practically impossible with pressuring bosses. Ash summoning alleviates that, as they momentarily pull bosses away, giving me a moment of rest. But it isn't available in every boss fight.”

Stephanie Marten found Elden Ring’s tight spaces, rapid movements, and consistent camera rotations to be major accessibility barriers. She focused on a magic-heavy, long-rage build, which allowed her to attack enemies and bosses from a distance, avoiding the need to dodge melee attacks quickly. She also focused on bolstering her defenses so that she could withstand the attacks she couldn’t manage to avoid.

“I decided to go for an arcane sorcerer build — mostly pure intelligence and vigor,” Marten says. “Intelligence helped with damage, and vigor helped when I inevitably got hit.

“I avoid fighting on my horse at all costs because it can trigger vertigo.”

Magic can deal out formidable damage, while also reducing the need to manipulate the camera during battle. Martin also said using Spirit Ash summons helped keep enemies from focusing their attention on her, allowing her to continue to rely on a long-range strategy.

“Summons helped with the difficulty curve of the game as a newbie and took less aggro off of me, subsequently causing less need for camera turns,” Marten says.

As a deaf player, streamer Brandon “Zero” Chan gravitated toward builds that allowed him to dole out obscene amounts of damage as fast as possible. This minimized the need to memorize enemy patterns or sound cues.

One powerful weapon ultimately led him to victory. After progressing to the second main area, players can discover the Sword of Night and Flame, which lets users fire a giant blue beam called Comet Azur, or send a sweeping flame attack.

“After hearing about how powerful it was, I decided to give it a try,” Chan says. “I respecced my character by lowering my dexterity stat and moving all points toward Intelligence and Faith. The Comet Azur stance was so overpowered that I could easily beat Starscourge Radahn with four attacks.”

Unfortunately for Chan and other fans of that mighty weapon, the FromSoftware team substantially decreased its damage with a software update. But the same Elden Ring patch also fixed a bug related to the Arcane stat, making the Bleed status effect — which saps a percentage of an enemy’s HP bar over set intervals — considerably more powerful. After the Sword of Night and Flame got nerfed, Chan adopted the Rivers of Blood weapon, the Mimic Tear Ash, and a high Vigor stat to quickly destroy foes.

“I can kill bosses before they kill me, as long as I have around 40-50 vitality stat,” he explains. “I do not know if bosses have unique attack sounds that can be identified when attacking. That’s when I rely on my eyes to see moveset patterns. In other words, kill the bosses faster before they can do anything.”

Kristina “Katastrophe” Markez, a streamer who also works in the games industry, describes herself as “almost blind” on the About Me page of her Twitch channel. Initially, she fought with a standard sword, early game armor, and several incantations. Later, she gravitated toward Bleed build with a bit of sorcery mixed in.

“From Leyndell onward, I used the Twin Blades and a Bleed build, which helped a lot,” Markez says. “Eventually, I ended up trying an Intelligence-based build with the Moonveil Katana and its amazing art of war, and Lusat's Glintstone Staff, with Comet Azur being my main 'time to nuke everything' spell.”

Still, relying on magic as her primary source of damage wasn’t appealing. Markez says timing spells to the speed and trajectory of enemy movements was difficult because of her disability. She has use of 20 percent of her eyesight, eye tremors, and uses one eye at a time, so using a combination of magic and melee attacks allowed her to quickly defeat enemies.

“Both the Bleed and magic build — both using the Mimic Tear summon — allowed me to do damage quicker, having to spend less energy on trying to spot and memorize enemy movement and attack cues,” she says.

Through these methods, Markez managed to not only beat the game, but earned the platinum trophy.

Elden Ring retains the notorious difficulty FromSoftware games are known for — enemies are often brutally punishing and players will die countless times. Yet, the studio’s latest game provides more choice than ever before, and that makes it more accessible to more people than ever. The players we spoke to urged other disabled gamers to give 2022’s most talked-about game a shot.

“As someone who's played earlier Souls games, I can confidently say this is the most accessible and beginner-friendly entry yet,” says Markez. “FromSoft is definitely headed in the right direction. Best of luck, fellow disabled Tarnished, you got this!”