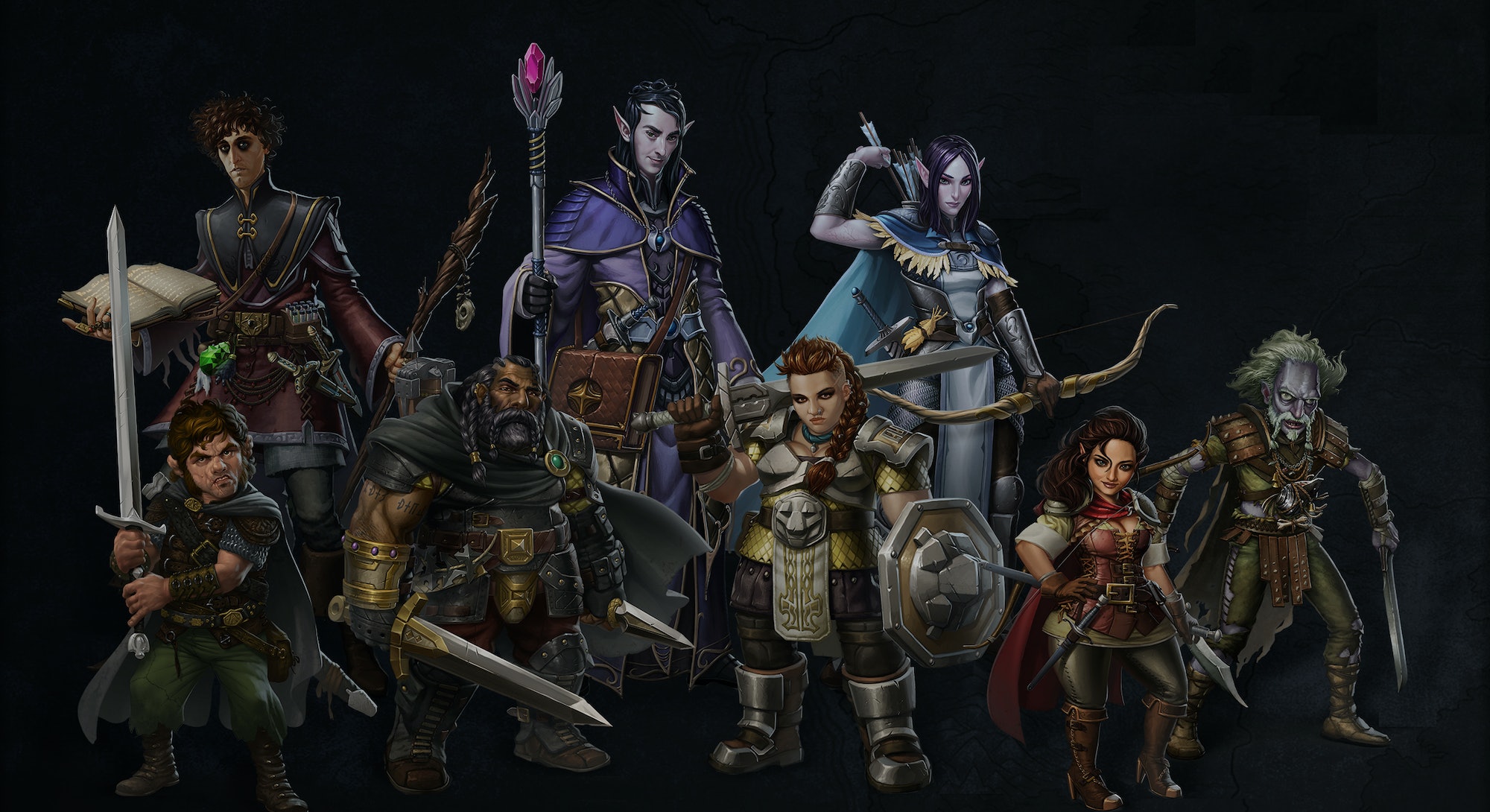 That advice was given to me by Principal Rules Designer of Dungeons & Dragons Jeremy Crawford, and it’s stuck with me in the months since. The tabletop role-playing game’s textbook-sized tomes and expansive rules can be intimidating, but even if you break tradition — or the rules — all that really matters is everyone at the table enjoys themselves.

Tasha’s Cauldron of Everything, the game’s latest sourcebook published by Wizards of the Coast on November 17, takes this sentiment as its foundation. Rather than reinforce rigid traditions, rules, and definitions that’ve been in the game for up to 46 years, it shatters boundaries, expanding the game in profound, progressive ways — for better or for worse.

For newbies looking to try out D&D for the first time, Tasha’s Cauldron of Everything makes everything easier and more flexible than ever before. But for veteran players, some of these new rules feel dangerous and even game-breaking.

Crawford has made this “no wrong way to play” point numerous times on Twitter, where people often ask him for clarifications on the tabletop roleplaying game’s many rules. Shortly before the release of Eberron: Rising from the Last War in November 2019, I asked Crawford if the Artillerist Artificer — a kind of magical inventor who can build arcane cannons — could build their small Eldritch Cannon as a shoulder-mounted projectile weapon.

“That’s not the intended use, but there’s no rule against it,” he said with a chuckle. This is exactly the kind of wacky idea that Tasha’s Cauldron of Everything seems to encourage. Not only does it reprint all of the Artificer rules from Eberron, but it adds the Armorer subclass that lets you essentially play as Iron Man in a high fantasy setting.

Tasha’s Cauldron of Everything is about satiating your wildest D&D impulses by introducing rule variants that make it much easier to customize a character, and to dip into various class abilities. To an extent, this kind of flexibility could jeopardize the core identity of the game’s races and classes.

Orcs, Tiefling, and Drow are archetypically evil races, and their archaic positions within the game reflect and reinforce racist stereotypes in the real world. Other recent books like Eberron: Rising from the Last War and Explorer’s Guide to Wildemount bucked this trend in subtler ways, but it’s on full display in Tasha’s Cauldron of Everything.

“A typical character race in D&D includes little or no choice — a lack that can make it difficult to realize certain character concepts,” a passage from the book reads. The end result is some new variety that lets you customize ability scores, languages, and proficiencies. Certain “cultural assumptions” that go along with all of the game’s races are rejected, and this book offers a way to “step outside” that. All races are morally and culturally complex. And now, it impacts more than just their moral alignment.

Some races are optimal for specific classes. Elves and Halflings make good Rogues because they get innate boosts to Dexterity. Dwarves make excellent frontline combatants thanks to their Constitution stat increase. To play as a Tiefling Cleric is borderline foolish when the boosts to Charisma and Intelligence do virtually nothing. If you ignore these stats, your character could bring the whole team down. Until now.

Tasha’s Cauldron of Everything makes it so that a player can essentially overhaul their Background and Race to suit their whims. The “Custom Lineage” option essentially lets anyone apply the Variant Human race to literally anything, even a humanoid race of their own choosing. Other options for shifting Skill proficiencies or even Subclass around also exist. Traditionalists might cringe, but these offer exciting ways for players to tell interesting character stories … with their Dungeon Master’s permission, of course.

You can design your own custom Background (origin story) to match your bespoke race and optimize it however you please, swapping out skills for weapon or tool proficiencies and vice versa. None of this is really game-breaking, but it certainly bends the rules rather far.

Through new Subclass and Feat options, players can blend together various abilities without spending the experience points to actually multiclass. Barbarian gets a Path of the Wild Magic that feels like a crossover with the Wild Magic Sorcerer. Clerics get a Peace Domain that’s reminiscent of a magical Way of Tranquility Monk. The Druid Circle of Wildfire leans into the fire magic you might get from a Wizard or Sorcerer. There’s a lot of synergy at play within these options, but less so in new Feats that let you dip into almost anything.

Anyone can learn an Artificer Cantrip and a Level 1 spell with Artificer Initiate. Eldritch Adept lets you learn two Eldritch Invocations, the Warlock’s key class feature. If your character knows the Darkness spell but then chooses the Devil’s Sight Invocation, then they alone can see in a room of blind enemies. Fighting Initiate lets any class adopt a Fighting Style from the Fighter class, and Metamagic Adept grants any arcane class the Sorcerer’s best feature. The possibilities for optimizing overpowered characters will seem tantalizing to veteran players.

At the same time, traditionalists might frown upon these rules if their loyalties lie with previous editions and their more rigid game structures. But a major factor in D&D’s exploding popularity over the last several years has to do with the 5th edition, the loosest and most accessible version of the game ever made.

This idea that you can play D&D in any way is somewhat contradictory to the game itself, which has so many rules to it that there are entire tomes the size of college textbooks devoted to outlining said rules. In its current form, the game puts a lot of limitations on what players can choose, who they can be, and what they can do for their characters.

For better or for worse, Tasha’s Cauldron of Everything is all about smashing through those boundaries to let players do whatever the hell they want.

Veteran players keen to study the game and optimize their characters will inevitably discover a treasure-trove of game-breaking adjustments in here. And new players potentially alienated by the rigid rules (why can’t an elf have wings?), are now given the freedom to design entirely original characters all their own.

These kinds of creative innovations aimed at diversity and inclusion might alienate the game’s traditionalists, but it’s totally awesome to imagine what players might concoct.

Tasha's Cauldron of Everything is now available.