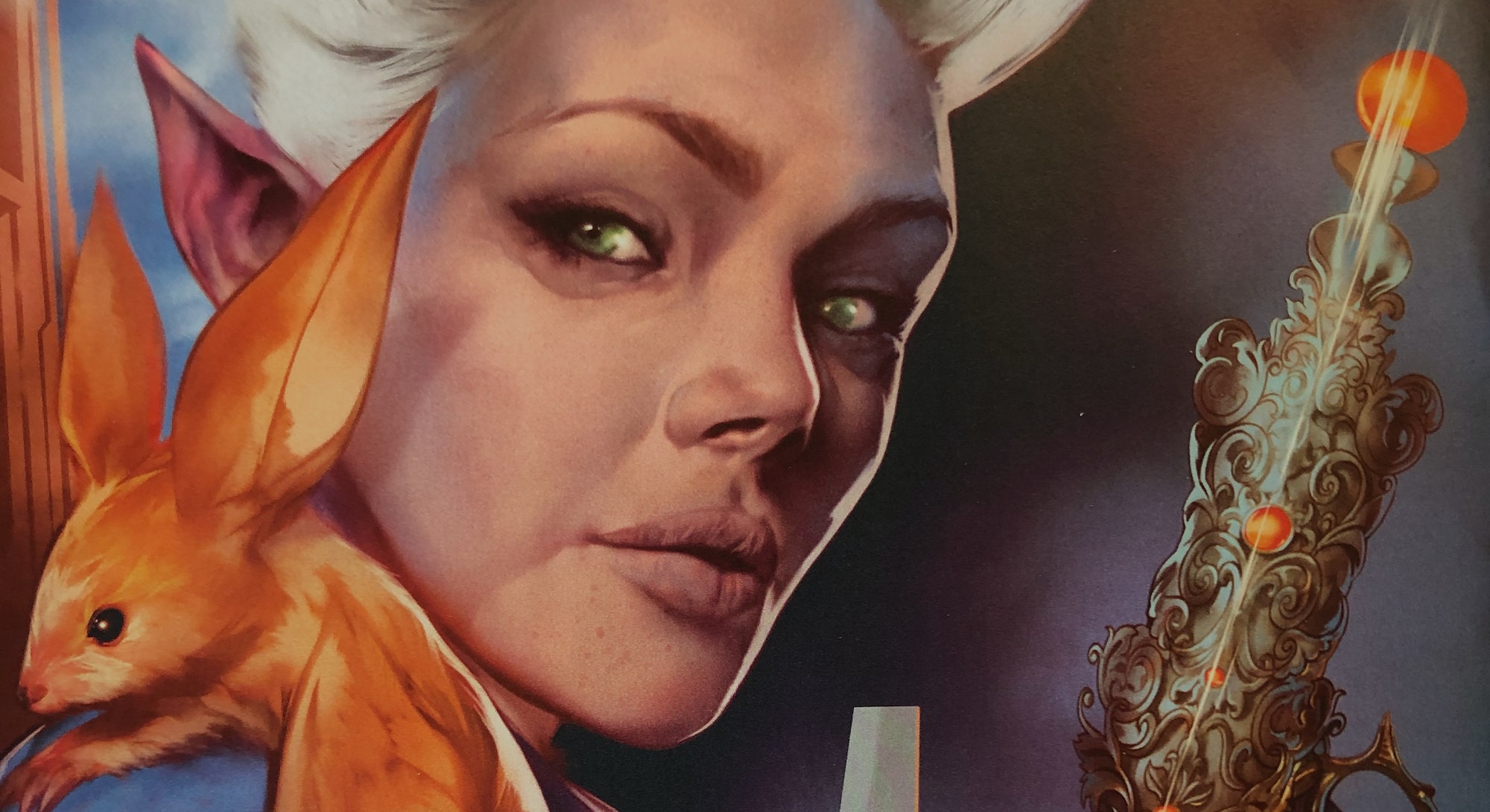 It’s been five years since Dungeons & Dragons introduced its groundbreaking 5th edition overhaul of the tabletop role-playing game, and Wizards of the Coast hasn’t a new character class since. But that’s about to change with the release of Eberron: Rising From the Last War, a new sourcebook out November 19. It’s time to meet the Artificer, a master of arcane invention who’s robot dogs, magic turrets, and potion grenades perfectly epitomize D&D’s new steampunk direction.

Why is now the right time for a new D&D class? According to Wizards of the Coast lead game designer Jeremy Crawford, that’s just how long it took to create something the company felt comfortable releasing into a 45-year-old game with tens of millions of players.

"The Artificer always has the right tool for the job.

“The version of the Artificer that appears in Eberron: Rising From the Last War is the culmination of several years of us offering up something to the community, seeing what the community thinks, going back into our workshop, tinkering some more, and then finally finishing,” Crawford tells Inverse. “If I were to boil down their identity, the Artificer always has the right tool for the job — or if they don’t, give them 24 hours and they’ll make it.”

He also refers to the Artificer as “a master of using magic items.”

Artificers feel like a cross between a Wizard’s arcane versatility and the divine-inspired support utility of a Cleric or Paladin. Rather than evoke a fireball spell, an Artificer might instead concoct a potion and hurl it like a grenade. They might have a store of healing potions they can give their comrades, or perhaps they created a Steel Defender construct in their workshop (a loyal robot dog that can help deflect attacks). An Artificer can even create an Eldritch Cannon — a magical turret that can fire on enemies or buff your allies — and place it wherever they want, adding mechanical legs for mobility or crafting a handheld version. (I asked Crawford specifically, and he also confirms you can strap your turret to your own back to fire over your shoulder.)

So why has it taken this long for a new character class, especially one this awesome, to be finalized for D&D 5th edition? The answer is that if you want to tinker with magical inventions, the process takes time.

Since February 2015, Wizards of the Coast has shared new game materials for playtesting to its “Unearthed Arcana” blog. Similar to the extensive beta testing that led to the creation of 5th edition, which is often credited as the reason for D&D’s burgeoning popularity in recent years, these tests let Wizards of the Coast use its most devoted players as a resource to refine new gameplay mechanics. This practice is generally reserved for new subclasses (like the Rune Knight Fighter that debuted in Unearthed Arcana October 2019), but it’s also been a playground for Artificer’s long road to release.

The Artificer began as a subclass in response to concerns that there wasn’t enough “archetypal space inside the class for it to even be a class.” In other words: a class needs to be distinct enough to stand on its own while allowing for variation within the class. Wizard, Sorcerer, and Warlock are all arcane spellcasters, but one’s magical power comes through rigorous study, another is innate, and the third comes via a pact with some magical entity. Gameplay balance is always a top concern, and Wizards of the Coast won’t create a new class just because it sounds neat or features some gimmick.

“It isn’t enough for a class to just have some cool new game mechanic,” Crawford says. “It also needs to provide a big bundle of potential character types and stories that can bear fruit at game tables for years to come.”

For example, a Fighter class can be an archer, a burly bruiser, or a heavily armored knight, each with a distinct flair that riffs on similar abilities. Subclasses grant enough specialties and nuance that many different characters fit under the same class, so how do you justify an entirely new class that might upset the balance?

A January 2017 Unearthed Arcana article established Artificer as a distinct class with specialties in either Alchemist or Gunsmith.

“We wanted to have a range of potential character types who are all inventors and tinkerers, but are meaningfully different from each other,” Crawford says. “So that there’s rich storytelling soil inside the class itself.”

This was achieved by extrapolating Gunsmith into two radically different directions with Artillerist and Battle Smith. To oversimplify, an Artificer can be a potion-maker, hurl magical blasts with cannons, or defend allies with a magical metal dog companion.

The final version of Artificer that appears in Eberron: Rising From the Last War differs quite a bit from the last Unearthed Arcana version released in May 2019.

“People are going to see things they’ve never seen in Unearthed Arcana, and that’s typical for us,” he says. “We’ll take all of the feedback and when we make the final version, we’ll come up with something that includes some happy surprises.”

For starters, the entire Archivist specialty has been removed. Perhaps four subclasses was too overwhelming for the launch of a new class?

“One of the changes people will notice right away is that the Alchemist subclass no longer has a homunculus built into it,” Crawford says. “People wanted the Alchemist to be focused more on potion-making rather than having a homunculus.”

A homunculus is a mechanical servant that once came standard to every type of Artificer. Now, creating one is an Artificer Infusion available to any subclass. Similar to Warlock Invocations, Infusions are additional magical abilities that Artificers unlock with traditional level progression. They include something as simple as boosting the Armor Class of a party member or replicating different magical items. Unrelated, but equally as cool, at 11th level, Artificers can store spells within items that anyone can use.

That’s all well and good, but why is now the perfect time for the Artificer’s big debut? The answer has surprisingly little to do with the game itself.

Instead, it has everything to do with the setting of Eberron in this latest sourcebook. It’s a realm steeped in magic and war after the Artificers created the Warforged, a race of biomechanical robots shaped from wood, metal, and magic. It’s no accident that this dramatic overhaul to the world of D&D is coming hand-in-hand with a new class. In a way, you can’t have one without the other.

“The world of Eberron with its lightning trains and airships and Warforged and war machines — all of these things were developed and shaped by Artificers,” Crawford says.

In a world shaped equally by science and magic, there’s no better herald than the Artificer.

Eberron: Rising From the Last War is now available.