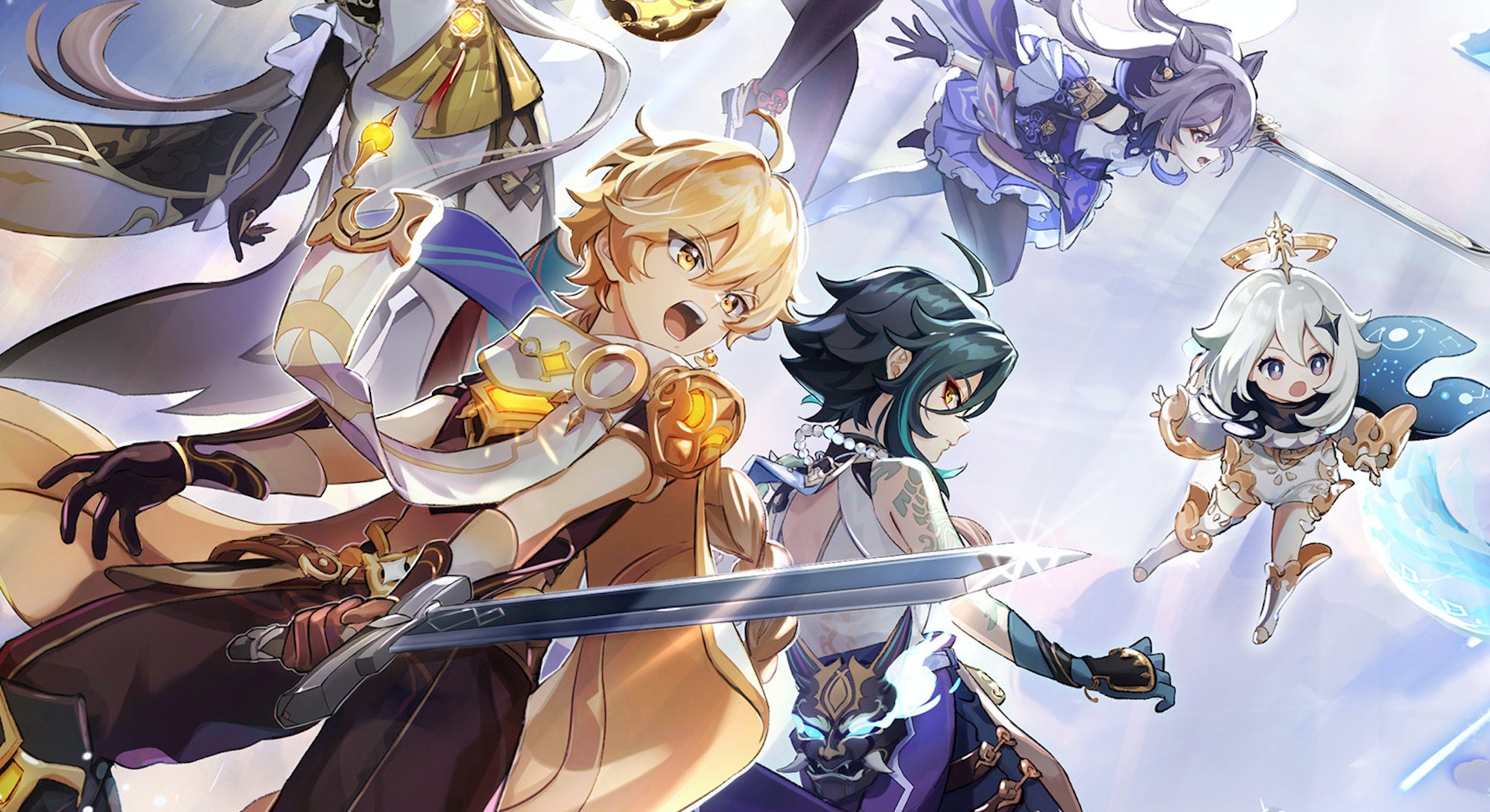 Genshin Impact is a bankbuster. In just six months on the market, the game has made over a billion dollars on mobile devices, ranking it among the biggest IPs of the last decade. But all that success doesn’t mean the sprawling free-to-play RPG has managed to avoid controversy.

The game’s gacha mechanic — which gives players the option to spend real money for the chance to get more powerful characters and weapons — has been a point of contention since it launched in September 2020. Now Genshin Impact is at the center of a social media campaign to #boycottGenshinImpact. The hashtag is a convergence of numerous user frustrations with the game, some of which are more credible than others.

The hashtag sprang up following an April 5 leak that claimed developer miHoYo had delayed a major upcoming expansion due to the strong financial performance of Genshin Impact’s existing content. Those conversations shifted focus when a resurfaced 2020 video of a miHoYo studio tour circulated online. The footage features a miHoYo developer seemingly referencing an indigenous American dance while animating one of the game’s Hillichurl enemies, which many viewers found offensive. What started as a seemingly minor gripe about delays has expanded into broader critiques about far more weighty issues like colorism, pedophilia, and account security.

Here are the four biggest issues that sparked the boycott Genshin Impact movement.

Since the game’s launch in September 2020, thousands of players have reported their Genshin Impact accounts have been hacked, as noted by members of the three-thousand member Genshin Hacked subreddit. Some players have had their credit card information stolen, others have lost access to accounts worth thousands of dollars. In response, players have requested that miHoYo add two-factor authentication, making it far more difficult for hackers to seize control of an account.

A hacked player who contacted miHoYo’s customer support shared a video on Reddit that was upvoted more than 22,000 times, which appears to show a company representative acknowledging “your account is taken by someone” but “we couldn’t help in this situation.”

MiHoYo has not publicly commented on the situation and did not respond to Inverse’s request for comment on this story.

Frustration with miHoYo grew after key details of the upcoming Genshin Impact version 1.5 update leaked online. In response to the leaks, miHoYo responded via the game’s official Twitter account, condemning those behind the leaks and requesting players help stop the information spread. MiHoYo’s statement led players to ask why they should care about the company’s IP when the company has done little to address account security issues.

Twitter user Milo, who uses the handle @venluvr and identifies as Black and Native American, shared a video that appears to show a miHoYo animator referencing an indigenous American dance when creating Hillichurl. The revelation has caused players to call the entire Hillichurl species into question.

Hillichurl are “a racist caricature of indigenous people,” Milo tells Inverse. He says he has deleted the game without any intention of reinstalling until miHoYo explains why the team used indigenous people as a reference for the fictional species.

Another player, Key, who uses the handle @X1NY4N, takes issue with Hillichurl being depicted as “a barbaric species that the player is tasked to kill while being inspired by indigenous people.” The dance in particular makes the connection feel “shady,” Key says.

Other players claim the in-game lore contradicts sich accusations of racism. Numerous Genshin Impact quests depict Hillichurl as a widely misunderstood, ancient civilization that has been subjected to a curse.

Angel, who identifies as Native American and Latino, expressed support of Genshin Impact’s depiction of Hillichurl to Inverse.

“The treatment of Hillichurl mimics the real world,” Angel says. “Their lands have been destroyed, their people slaughtered. But there’s nowhere for them to go, causing Hillichurls to stay in the wild. And yet, society still tries to push them out. There’s a necessary story to tell here and we’ve just started touching on it in-game. We shouldn’t jump to conclusions so quickly.”

3. Negative descriptors for people of color

Xinyan and Kaeya are the only two playable dark-skinned characters in Genshin Impact. Some players taking part in the online boycott movement have taken issue with adjectives used to describe these characters in-game. Flavor text for Kaeya’s menu-based backstory describes him as “exotic,” while Xinyan is labeled as “fierce” and “scary.”

Other Twitter users have dismissed these unintentional coincidences that occurred due to a mistranslation of the word “foreign” for “exotic.” Players claim it's far clearer in Genshin Impact’s Chinese version, noting that “exotic” doesn’t have the same connotations in China.

What’s more, some players have pointed out that the dark-skinned characters appear to have lighter skin in-game than their concept art suggests, though others contend the discrepancy is due to lighting changes between areas.

Two non-playable characters, Ulfr and Albert, repeatedly show attraction towards Flora and Barbara, two female characters who are minors. This has prompted some players to accuse miHoYo of supporting pedophilia, though there’s little evidence beyond the developer including young girl characters in the game.

According to a Genshin Impact player on Twitter, Ulfr’s dialogue is a holdover from the game’s Chinese-language beta, when he and Flora were both depicted as adults. MiHoYo made Flora younger in the final version of the game, but did not update Ulfr’s dialogue accordingly.

Twitter users have cooled down a little on their demands, replacing #boycottGenshinImpact with #DoBetterMihoyo. They’re still calling on the company to improve the game, but it appears many of them don’t plan to actually stop playing it anytime soon.