“It took a long time, but when I look at how the community is nowadays, I’m happy.” 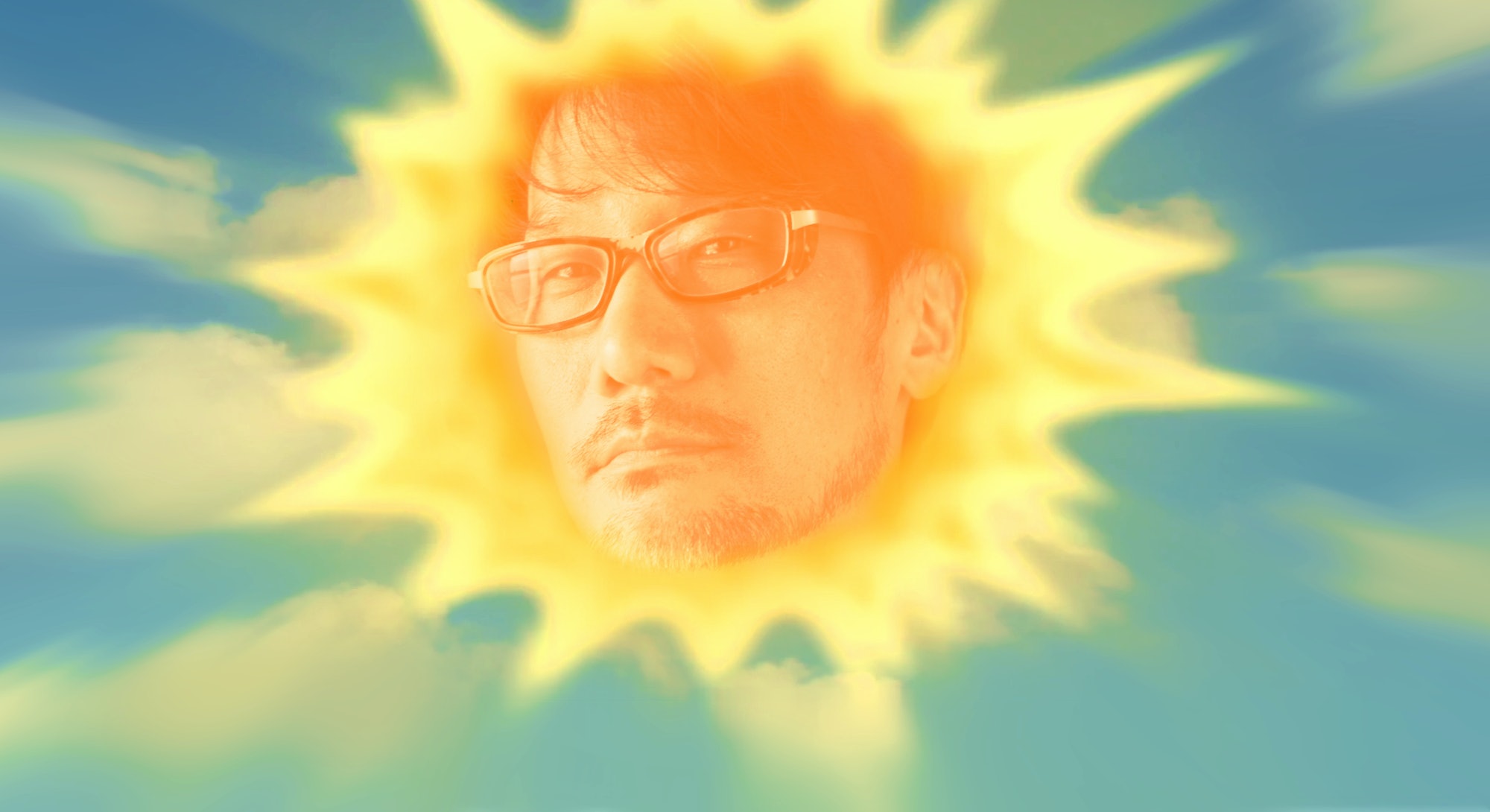 More than a decade before Pokémon Go, Hideo Kojima wanted kids to go outside and get some sun.

“I was always a kid who liked to sit outside and play handheld games — it felt like the best of both worlds. I have wonderful memories sitting in my grandma's garden, playing Boktai, losing track of time, and getting sunburnt,” says Ixoran, a member of the small but devoted community that still exists around the cult-classic series for the Game Boy Advance.

Like many in the group, Ixoran is a speedrunner. Dedicated to finding tricks and techniques to finish the games as quickly as possible, speedrunners often form the core of communities dedicated to older games. (In speedrunning communities like these, many people prefer to go by their screen names, so we’ll refer to them as such throughout.)

When Ixoran first considered getting into speedrunning he says, “Everyone I talked to suggested [starting with] a game I really loved.”

For him, that was 2003’s Boktai: The Sun is in Your Hand, a mostly forgotten role-playing game from the iconoclastic creator of the Metal Gear series and Death Stranding. But even more than the games themselves, the welcoming community keeps him coming back.

“It's small and based all around the world,” Ixoran tells Inverse, “but everyone is pretty kind and helpful.”

The main gimmick of Boktai is that you use a solar-powered gun to fight off zombies, which the player has to charge by playing in direct sunlight. (Apparently, Kojima wanted to add another mechanic that sensed if you had garlic breath, but other Konami staff talked him out of it.) It’s difficult to tell how many people played the series, which eventually spanned four games, though the last one dropped the solar sensor gimmick.

Ixoran says it didn’t feel like many people were interested in Boktai when he first started playing. But that’s gradually changed in recent years, thanks to the speedrunning community and particularly the efforts of one of the Boktai group’s managers, xDrHellx. He started speedrunning Boktai for fun, beginning with the third in the series, Sabata’s Counterattack. In 2015, xDrHellx realized these games had become “almost unknown.” He wanted to change that.

“I wanted to make the Boktai series popular again,” xDrHellx says. “I wanted the series to shine.”

“It seemed like people remembered the first game the most, so I thought focusing on it would be a good start,” he says. The speedrunning leaderboard for the game was “really empty,” so xDrHellx began working on creating a fast route with another runner who goes by Hurimaru.

“It's very much a game about helping each other when the world is ending.”

For three years, xDrHellx held the world record for beating the game in just one hour and 41 minutes, using a combination of UV lights. In January 2022, he was overtaken by another runner known as CasinoCoin.

For a casual player, the Boktai games take around 15 to 20 hours to beat, but speedrunners have a lot of tricks to bring that number down. First, they usually do away with the sunlight requirement, using a few tricks which are disclaimed on the leaderboard. This allows them to have a reliable charge on their weapon, making sure they never need to go out of their way to find a charging station hidden in a level — let alone wait for the sun to rise.

The debut trailer for Boktai: The Sun is in Your Hand, which debuted at E3 2003.

One such technique involves using a “sunlight patch,” or a modification that removes the sunlight requirement entirely.

“I started with the sunlight patch and it's still where I do most of my practicing as well,” Ixoran says. “It's a lot more convenient to play that way, even if it's not quite the intended way.”

But Ixoran always wanted to speedrun the game as it was truly meant to be played: outdoors. “It's been a goal of mine for so long to have a run that really represents the game, all its weird idiosyncrasies included,” he explains.

Getting all the equipment he needed to both play the game and stream in real sunlight wasn’t easy. “Even when you have all the gear, you've still got to fight the weather!”

Finally, in September 2021, he succeeded — just in time for the game’s 18th anniversary. Ixoran played The Sun is in Your Hand for a little over four hours, surrounded by plants, with a monitor indicating the weather and temperature.

“Some would say it was the first truly legit run [of Boktai],” xDrHellx says.

Now, Ixoran wants to do more. “Eventually, I'd like to have a good outdoor speedrun route,” he says. “I'll be trying to do some runs this summer, and trying to complete casual runs for Boktai 2 and 3 as well.”

As is often the case in speedrunning, the age of the games hasn’t stopped people from learning new tricks and techniques to complete a run more quickly. The growth of this community, centered on the Taiyoh Network Discord, often helps, even if some new members aren’t speedrunners at all.

“Often, we've had people who didn't run suggest changes to the routes,” says xDrHellx, “and these changes actually turned out to save time.”

The community is open to everyone, and experienced runners are eager to onboard people who want to try for the first time. They share tools that keep things accessible to newcomers, like sunlight patches and save states that let you practice individual levels without having to beat the entire game.

“It took a long time, but when I look at how the community is nowadays, I’m happy,” xDrHellx says. “It feels really rewarding that we've managed to build a community where everyone helps each other.”

That open kindness of the community fits well with the core themes of Boktai.

“It's very much a game about helping each other when the world is ending,” says Ixoran.

Boktai’s themes also provide a fascinating connection to some of Kojima’s better-known work. His 2019 hit Death Stranding follows that same theme of building connections and relies heavily on stealth as an alternative to fighting.

It’s possible Kojima even took some direct inspiration from Boktai when developing his most recent game. The Sun is in Your Hand, sees protagonist Django travel to the City of Death, where different times and places overlap, foreshadowing the limbo of Death Stranding’s Beach.

Boktai’s world evolves in real-time, changing depending on the Game Boy Advance’s clock settings. Death Stranding’s shattered world also changes over time thanks to the game’s asynchronous multiplayer “strand” mechanic, which lets structures built by other players seep into your own single-player experience.

Despite these similarities, it’s hard to know exactly how directly Kojima was involved with the Boktai series, despite his producer credit on all four games.

“Even when you have all the gear, you've still got to fight the weather!”

“The more we look into it, the more it seems like he may have only been a part of the ideas phase and the initial designs,” Ixoran says, “but we'll probably never know the whole story. He had little involvement in the sequels, that much we're sure of.”

But Kojima definitely never forgot Boktai, either. There are references to it in his later games like Metal Gear Solid 4, which includes a version of the Solar Gun, modeled on the version that appears in Lunar Knights, a spinoff sequel to the Boktai games. Boktai also shares one of the Metal Gear series’ central stealth mechanics: tapping on walls to direct enemies’ attention. And Kojima recently said he still wants to make games that “connect human-made systems and real life,” using Boktai’s sunlight sensor as an example.

Thanks to the community, this early part of Kojima’s work is still very much alive. It’s even still being played the way it was intended: under a hot summer sun.