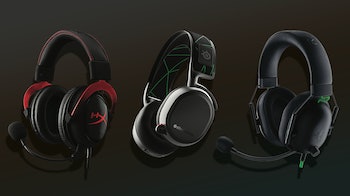 Since Xbox is one of the most popular consoles out there, there’s no shortage of compatible accessories. That said, choosing the absolute best Xbox One headset for you requires some additional research. There are tons of factors that make for a great gaming headset, but ultimately, you can narrow down your options depending on your connectivity preference (wired or wireless), compatibility, and other key features.

Connectivity is arguably the most important feature in a headset: In order words, are you looking for a wired headset or a wireless one? The former will likely have better sound quality (likely at a more affordable price point) and you won’t have to worry about changing out the batteries. However, a wireless headset may look sleeker and will offer more freedom of movement while gaming. Obviously, all of the headsets featured here will work seamlessly with Xbox One — but do you game on any other consoles, too? If so, opt for one that’s also capable of connecting to your PC, PS4, Switch, or even mobile.

Last but not least, ask yourself what other features are important to you while gaming: Do you want your headset to filter out background noise? Are you looking to make an investment that’ll last you years or are you just looking for a solid headset at a reasonable price? You'll find all of the aforementioned below — plus a few headsets that have it all.

1. The best wireless Xbox One headset

Yes, it’s an investment, but experts and gamers alike agree that the SteelSeries Arctic 9X is worth every penny. For one, it’s made with integrated Xbox connectivity, so it syncs up in seconds (just like a wireless controller). For another, its Bluetooth capabilities allow you to take calls and play music while you’re in-game. Next, the microphone uses bidirectional technology, which expertly blocks out background noise and makes your voice sound crystal clear. Finally, the sound quality is award-winning, and the battery life can last over 20 hours. No wonder it has thousands of five-star ratings on Amazon.

One reviewer wrote: “Quality, pro-grade headset for Xbox gamers. This headset is fantastic. [...] The sound quality is perfect, and the mic sounds very good. It doesn’t pick up too much background noise but it will have no trouble hearing you if you are soft-spoken. Overall, this header is unbeatable for the quality-to-price-ratio.”

For a quality headset at a slightly lower price point, there’s the Turtle Beach Stealth 700. The second-generation version has quality audio, battery life, chat features, and durability — but it still wirelessly connects to your Xbox without an adapter for quick, easy integration. It also has a “superhuman” sound setting that’ll give you a competitive edge during audio-based games, while the Nanoclear speakers bring depth and immersion to everything else. In terms of comfort, this pair is cooling, soft, lightweight, and glasses-friendly. Plus, it has on-device audio presets for convenience.

One reviewer wrote: "I’ve owned Gen 1 Stealth 600s and 700s and compared to Gen 1 the quality of the Gen 2 headset is much, much better. The ear-cups are far more comfortable. It’s much less flimsy and feels like an Arctis Pro (which I have also owned). I have tried many different headsets for Xbox and Turtle Beach has the best connectivity and fewest issues."

3. The best budget Xbox One headset

Looking for a reliable headset at an affordable price? Turtle Beach’s Ear Force Recon 50 is the way to go. This $25 pair has a wired design that you can plug into any 3.5-millimeter jack for use with your Xbox One controller, PC, Mac, PS4, or mobile device. Even though it's affordable, reviewers report that it’s lightweight, comfortable, and provides quality sound, both from the speakers and the microphone.

One reviewer wrote: “For price and purpose its perfect. [...] Weight is just right. Maybe a little bulky and slight discomfort after some time.. but hey.. that's with any headphones in my past experiences. Input and output sound is good. On/off switch for mic is great and little volume wheel on the assembly is good. It's just what I needed.”

4. A comfortable headset with wide compatibility

This one’s my go-to headset. I love that it’s compatible with every major console, and I love the high-quality sound with passive noise-cancellation cups. Most importantly, however, I love how comfortable it is — in fact, out of all the headsets I’ve tried, the HyperX Cloud II is the only set that I can wear for hours on end without experiencing ear or head pain. That’s largely due to the oversize memory foam and leatherette ear pads and adjustable, padded band that’s made from lightweight aluminum. This headset also has a noise-canceling microphone which you can remove for use as standard earphones. (One thing to note: While they’ll still sound amazing on Xbox, the 7.1 virtual surround sound is for PC and Mac.)

One reviewer wrote: “They are unbelievably comfortable can wear these for hours and they sound amazing. I love how I can just switch from computer to Xbox to iPod.”

5. An affordable headset for loud environments

When you’re gaming in a loud environment, you’ll want your headset to do two things: block out the disturbances from your ears, and intelligently filter sounds through your mic so someone on the other end only hears your voice. According to reviewers, the Razer BlackShark V2 X headset delivers especially well for a unit at this price point. It produces immersive 7.1 surround sound inside of thick memory foam ear cushions to keep you focused on your game. It also has a noise-isolating microphone to filter out background and ambient sounds, and one reviewer wrote that it works so well they can “literally eat chips and no one hears [them] munching.”

One reviewer wrote: “I wanted a headset that would block out the household noise of kids, dogs, etc. [...] The microphone is great and does not seem to transmit too much background noise.”

6. The most durable gaming headset

Finally, if durability is your top priority, the ASTRO A10 headset is in it for the long haul. The metal band is wrapped in damage-resistant polymer that can bend, adjust, and withstand shock without breaking. This one also features thick memory-foam ear cups that don’t swivel and a mic (self-muting when you flip it up) that’s thicker than most, so it’s not as fragile. Despite all this, reviewers have raved about the comfort, sound quality, and convenience.

One reviewer wrote: “Durability is unmatched. [...] Throughout the 2 and a half years I've been using it nonstop and I've had no issues. It works like new and is the best headset for something even far outside its price range.”