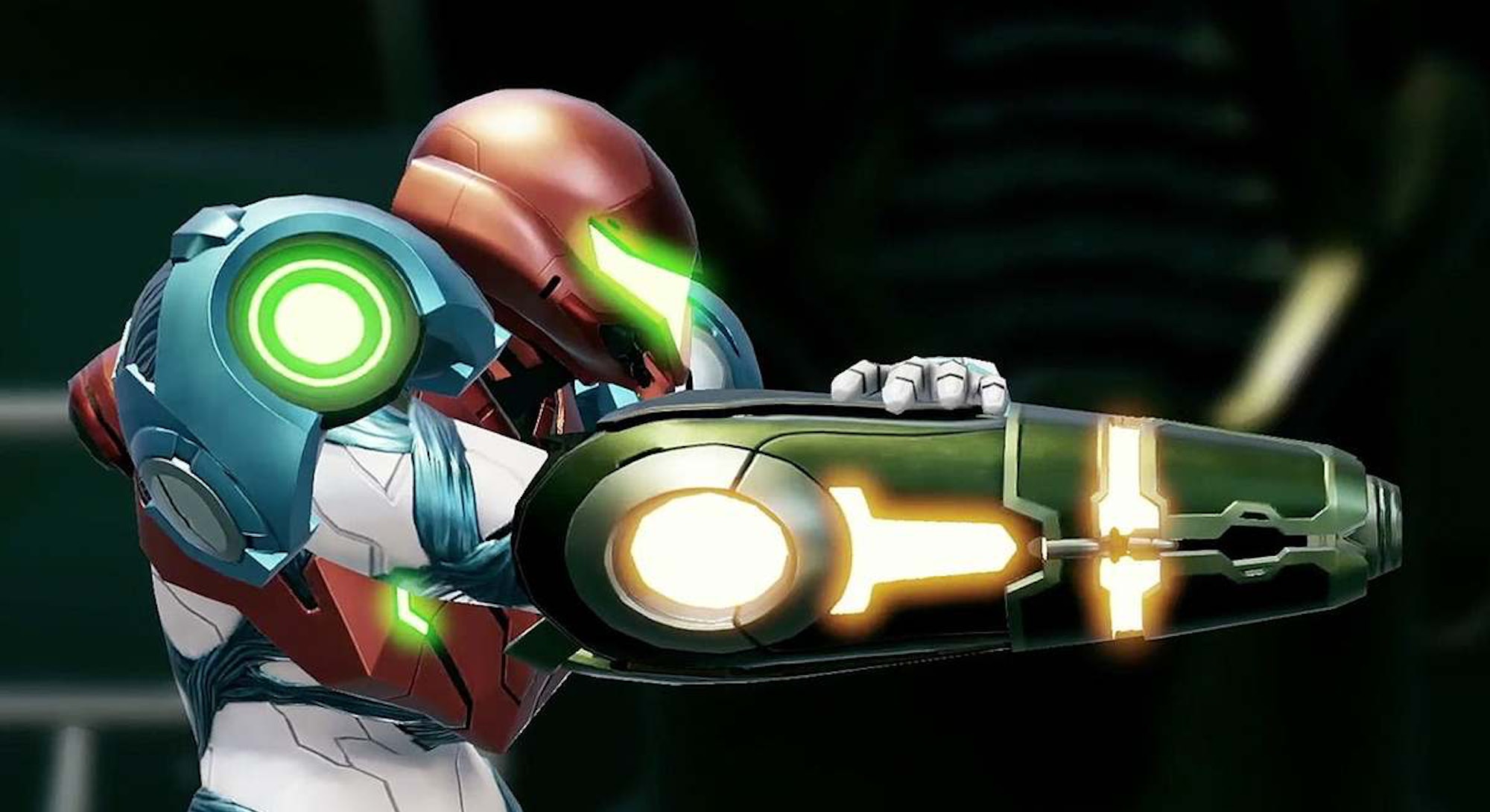 This year has been a strange one for E3.

The annual marathon of the video games industry’s biggest reveals started out with a big stumble in the form of an online media hub hyped to include all sorts of exclusive reveals — but was instead a creepy character creator and links out to the official websites of major publishers.

Microsoft and Nintendo set a high bar with tantalizing looks at highly anticipated games and a few hype-worthy surprises. Meanwhile, other high-profile publishers — like Square Enix and Capcom — didn’t quite live up to the lofty expectations surrounding what’s traditionally been the biggest week in the gaming calendar.

Here’s the Inverse team’s picks for the very best reveals, announcements, and memorable moments of E3 2021.

Outside of Microsoft and Nintendo’s press conferences, indie games really helped hold E3 2021 up. Sable from Shedworks and Raw Fury is a coming-of-age story set in a desert world. The game’s instantly unforgettable art style is inspired by the art of Jean “Moebius” Giraud.

This relaxing, simple game embraces design choices reminiscent of Breath of the Wild. Players can climb, glide, and ride around the game’s colorful environments with little but an objective to point you in the right direction. If you enjoyed Breath of the Wild, Immortals Fenyx Rising, The Pathless, or other similar titles, this looks like the next game that will scratch that wanderlust itch.

The game currently has a free demo on Xbox consoles and Steam, so be sure it check it out. —TF

There weren’t that many surprises at E3 2021. The biggest reveals — Elden Ring, Breath of the Wild 2, and Starfield — were widely anticipated ahead of the show. And while each of those reveals was a whole lot of fun, it almost would have been more noteworthy if any of them wasn’t there. The best E3 moments are always the things you didn’t expect.

The reveals for the new Metroid and Forza games were just that. (Sure, there had been rumors, but they weren’t the ones making the Twitterverse froth at the mouth.) I’m pumped for a new 2D Metroid game — even if there’s a 100 percent chance of me rage-quitting several dozen times. After several days of flashy cinematic trailers that mostly blurred together, the Metroid Dread reveal was a refreshing visual change of pace, and a welcome reminder of Nintendo’s tendency to stick to its guns rather than following the latest trends.

I caught the Forza bug after getting an Xbox Series X back in November. While most of my racing game experience comes from Mario Kart, I found tooling around Forza Horizon 4’s English/Scottish countryside to be an absorbing and exhilarating experience during the draggy winter months of late 2020 and early 2021. I can’t wait to blast through the craggy terrain of the high desert and weave through the soggy rainforests of the Yucatán come November.

If you can pry me away from Shin Megami Tensei V, that is. — JG

The word “Chaos” is shouted a total of eight times in the Stranger of Paradise: Final Fantasy Origin trailer that debuted during Square Enix’s E3 showcase on June 13, but it feels like that number is closer to a thousand.

Everything from the protagonist Jack’s default t-shirt and his bland “thirst” for killing Chaos was instantly meme-worthy and a bit lame. A corrupted demo launched on the PlayStation 5 that day, which seemed to prove that this hyper-violent, bloody, and gritty Soulslike game set in the same universe as the very first Final Fantasy was doomed to fail.

But maybe all that … chaos … was part of the marketing strategy?

When Sony and Square Enix finally got the demo working, it offered a pretty rough but thrilling reimagining of a darker Final Fantasy. Gamers who love Dark Souls and Final Fantasy probably love them for very different reasons, yet the messy marriage of the two works well enough. It feels like an easier Dark Souls with combat systems reminiscent of Final Fantasy VII Remake.

Plenty of people out there probably won’t like it, but when two of my favorite gaming franchises collide, even a 7/10 it feels like a 10 in my book. — CP

WarioWare: Get It Together! and Metroid Dread

Nintendo’s E3 Directs are always exciting because it’s typically when the company announces its biggest games. Going into this Direct, there were many things we were expecting to see, like Breath of the Wild 2 and perhaps a Zelda collection of some kind. Beyond that, we didn’t know what to expect since Nintendo is notoriously secretive about the games it’s developing.

Nintendo is often criticized for neglecting some of its beloved franchises, such as Metroid and Wario. If you look at the GBA and GameCube eras, it’s clear the company has significantly scaled back a number of once-popular series. That’s why it was so exciting to see the return of 2D Metroid and WarioWare.

Metroid Dread is significant for a couple of reasons. For one, it’s the first new 2D Metroid game in 19 years. Nintendo brass actually hinted at the concept all the way back in 2004, but never saw the light of day. Until now.

As for WarioWare, it’s a series that frankly doesn’t get enough love. Sure, Mario Party is fun and popular, but those games play it so safe when compared to the wacky antics in WarioWare. Before the Direct, I tweeted, “If a new Wario gets announced (Land or Ware), I’m gonna lose it.”

I can happily say I got my wish this year thanks to WarioWare: Get It Together! — JY

The Outer Worlds 2 and Advance Wars

It’s easy to focus on the BIG news out of E3, like the new BOTW trailer or the Starfield release date, but if I’m being honest there were two moments that excited me more than anything else. The first came during the Microsoft E3 press conference, which was co-hosted by the $7 billion Bethesda machine.

But it wasn’t a Bethesda game that impressed me most, it was a game from Bethesda’s former BFF, Obsidian.

Fans know Obsidian as the studio behind Fallout: New Vegas and many memes have been made about Obsidian and Bethesda now sharing space under the Microsoft umbrella. While Bethesda certainly has plenty of talent and big games on the horizon, The Outer Worlds 2 trailer showed everyone that Obsidian is not to be overlooked. It was a hysterical, meta, fourth-wall-shattering trailer ABOUT a trailer satirizing all the things we had seen a zillion times before: wide-open landscapes, slow-motion shootouts, and dramatic scores. Easily the funniest moment of E3 and a reminder that Obsidian continues to write circles around its competition.

My second moment came in the form of a not-too-surprising but still much-ballyhooed announcement of Advance Wars coming to Nintendo Switch. This is one of my biggest gaming blindspots, as I'm a huge fan of Advance Wars spiritual successors (especially Wargroove) but missed the original the first time around. I’m constantly hearing about its influence and its addictive tactical gameplay, and now I’ll finally get to see what the hype is all about and dive into one of the classics. Based on the amount of “ADVANCE WARS!” tweets flooding my timeline during the announcement it appears I won’t be the only one, either. — MM

While there are obviously individual games that had strong showings during E3 2021, like Halo Infinite and the sequel to The Legend Zelda: Breath of the Wild, the true star of E3 is even bigger. Microsoft has invested heavily in its Game Pass service since it launched in 2017, and the payoff was never more obvious than during E3 2021. Microsoft’s E3 presentation featured 30 total titles, 27 of which will be available at launch to the 23 million gamers with an active subscription.

The fact that Microsoft is able to base almost the entirety of its E3 press conference off the Game Pass catalog is a stunning achievement. It’s also one Sony can’t come close to matching, due to the sheer amount of money the Xbox has spent to bring companies like Bethesda into the fold.

When has there ever been a circumstance where a massive audience had instant access to everything shown during an E3 press conference? Not only does that prospect thrill current subscribers, but it likely made plenty of new ones as well. It’s wild to think the next Halo, Forza, and Bethesda RPG will all be offered to subscribers for “free” on day one, with smaller titles like Back 4 Blood and 12 Minutes to plug in the gaps. With that kind of lineup, Game Pass won E3 — no matter what kind of games you play. – CG