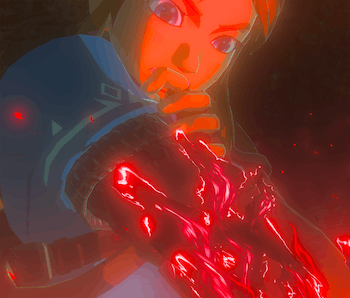 Nintendo wowed its captive audience with a strong E3 2021 Direct presentation that included the likes of Metroid Dread, Advance Wars, and the highly anticipated sequel to The Legend of Zelda: Breath of the Wild. One glaring omission from the proceedings, however, was the hotly rumored Nintendo Switch Pro.

Despite assurances from the likes of Bloomberg and trusted Nintendo insiders that the upgraded hardware could be revealed just prior to or during the company’s June 15 Direct, the new system was nowhere to be found.

With this dearth of concrete details in mind, Inverse reached out to two trusted games industry analysts in an attempt to understand why the Pro never made it to gaming’s biggest conference and to figure out when the presumed refresh might release. As Nintendo remains silent on the matter, those who follow the situation closely might offer the best opportunity to solve what’s turned out to be E3’s biggest mystery.

Why did the Switch Pro skip E3?

As much as Bloomberg’s reporting may have inspired speculation that the Switch Pro reveal might be revealed at E3, neither analyst we spoke to was necessarily surprised the new hardware skipped this year’s convention. When broached on the subject, analyst and Kantan Games CEO/Founder Dr. Serkan Toto surmised that keeping the Switch Pro out of E3 was a traditional move for the company.

“It is very rare for Nintendo to show a piece of new hardware during events, so the no-show should not really be too surprising,” he tells Inverse.

The Principal Analyst covering games and AR/VR for the Omdia market research firm, George Jijiashvili, sees the Pro’s absence from E3 as a sign of confidence in what Nintendo has already accomplished. Having sold 27.4 million consoles in 2020 with increased year-over-year unit sales in the first half of 2021, Jijiashvili believes Nintendo “wasn’t incentivized to pull the trigger on the new version of the Switch in order to bolster its position.”

In other words, with the luxury of tradition and a successful system still on shelves, the combined perspective implies Nintendo is OK keeping things business as usual for now. Revealing a Switch Pro at E3 certainly would’ve been a bold move, but Nintendo isn’t a bold company and doesn’t need to make any bold decisions right now.

When will the Switch Pro actually be released?

While all of this may present a vision of Nintendo as a company that’s resting on its laurels, both Toto and Jijiashvili agree Nintendo will provide a Switch Pro for the masses in the not-too-distant future.

“Given the fact that Switch Lite exists, it is clear that Nintendo wants to capture different consumer segments with different SKUs of Switch,” Jijiashvili points out, adding that “it’s only a matter of time until Nintendo goes for a hardware refresh.”

Though, given recent global chip shortages, the Omdia analyst stresses that a significant number of units may not be available for consumers to purchase until 2022 even if the console releases this year. From a fiscal perspective, then, Jijiashvili argues releasing a Switch Pro “would be of minimal value this year, compared to 2022.” In that regard, the analyst still thinks a Switch Pro will be a fruitful venture for its makers overall.

“I believe there is a growing demand for an enhanced version of the Switch, so releasing one will be well worthwhile for Nintendo,” he says. Therefore it’s not a matter of if so much as when. A 2021 release is possible, but supply would be limited.

Toto, on the other hand, is much more bullish on the prospect of an imminent release. “My bet is still this fall, together with a new game that should help highlight the strengths of the new model,” he says.

For those still waiting for Nintendo to announce a Direct to reveal its upcoming console, he believes the company’s approach to revealing the Pro will be far more subdued. “I think they will announce the new model abruptly, without dropping hints beforehand — just like they did in July 2019 when the Lite was announced,” Toto predicts, recalling that that handheld system was released just two months after being announced. Especially if Nintendo views the Pro as an iteration of the existing Switch rather than an entirely new platform, it could use similar marketing tactics for the next big reveal.

While these analysts diverge slightly on their reasons for why the Pro missed the bright lights of the E3 stage, one thing is certain: These experts agree the console is still coming very soon. Those hungry for it will just have to be a little more patient.

More like this
Gaming
6.28.2022 6:22 PM
10 intriguing Switch game reveals from the Nintendo Direct Mini
By Robin Bea
Gaming
2 hours ago
You need to play Sega's most underrated platformer on Nintendo Switch ASAP
By David Grossman
Gaming
7.1.2022 5:00 PM
15 years later, the smartest shooter ever made still holds up
By Joseph Yaden
Related Tags
Share: