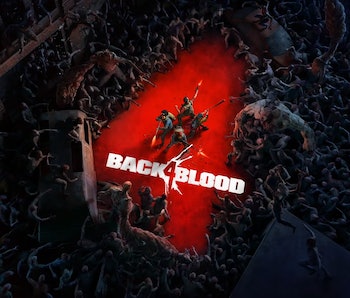 Back 4 Blood is about to have its biggest pre-launch playtest yet.

An Open Beta is being held over two weekends in August and will give players a look at two of the game’s early areas and competitive multiplayer mode. The open beta will be available across PC, PS4, PS5, Xbox One, and Xbox Series X, so this is the best opportunity yet for anyone interested in the game to give it a shot.

The Open Beta takes place across two weekends — August 5-9 and August 12-16. However, the first is only available to those with early access.

If you’re confused about when and how you can get access to the Back 4 Blood Open Beta, this is everything you need to know about the event.

What are the Back 4 Blood Open Beta dates and start times?

The start and end times are the same for both Back 4 Blood Open Beta weekends. The open beta will start and end at 3 p.m. Eastern on the days listed above.

How to get Early Access to the Back 4 Blood Open Beta:

If you didn’t participate in the Closed Alpha or don’t want to pre-order the game before trying it, there are still some ways for you to gain early access.

You can register your email on the Open Beta’s website for a chance to get in. This selection process will be completely random, so it’s the hardest way to get early access.

The final approach to getting early access is to receive it via a Twitch Drop. To do so, you must connect your Warner Bros. Games account with your Twitch account and watch a streamer playing Back 4 Blood with Twitch Drops enabled for 60 minutes. After doing that, you can claim your early access Open Beta code on your homepage.

What is included in the Back 4 Blood Open Beta?

The Open Beta gives players a generous sampling of what Back 4 Blood has to offer. Players will do runs through two of the game’s areas, Evansburgh and Blue Dog. There, you’ll be able to get a feel for all of the game’s classes, the Card System, and the AI Director.

If you’re looking for something unlike anything in Left 4 Dead, you can try out the game’s PvP mode. This pits player-controlled Cleaners vs. player-controlled Ridden as the teams compete to see who can survive the longest as the Cleaners. After trying out this Open Beta, you’ll definitely know whether or not Back 4 Blood is for you.

The content of the Open Beta will be the same across both weekends. Sadly, progress will not carry over to the final release.