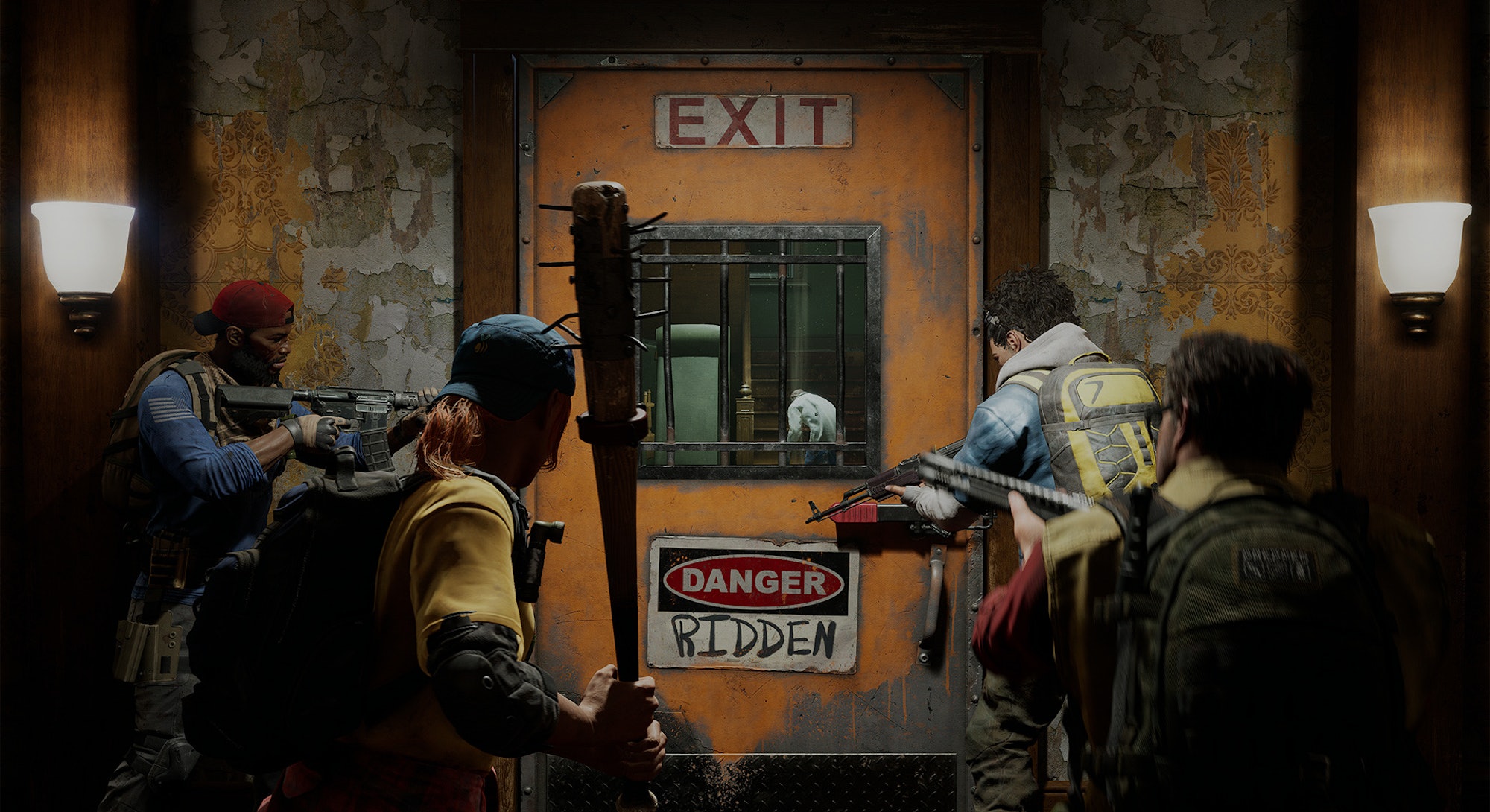 Back 4 Blood uses its unique card system and AI to bring the cooperative zombie shooter genre back from the dead.

From Ubisoft’s Rainbow Six Extraction to Aliens: Fireteam Elite, it’s clear that mowing down hordes of enemies with friends is a vital trend that single-player and competitive multiplayer experiences can’t provide. Add some shambling undead to the mix and baby, you’ve got a stew going.

Executive Producer Matt O’Driscoll says the sudden deluge of zombie shooters is a surprising coincidence and points out that co-op games like Back 4 Blood are perfect for those still stuck inside due to the ongoing Covid-19 pandemic.

“With how the world has been this year, people are home and want to spend time with friends in co-op gaming, maybe not even playing the best because it’s time to chat,” O’Driscoll tells Inverse. “It’s just fun to shoot zombies and blow stuff up with friends, and you can do a lot of that in Back 4 Blood.”

Back 4 Blood stands out thanks to mechanics like a Card System, which imparts various buffs or debuffs to the player and enemies. Adaptive difficulty ensures each run feels different.

It’s fitting that developer Turtle Rock Studios is at the forefront of this renaissance, as the Californian developer helped kick off the Left 4 Dead series in 2008. Dormant since 2012 apart from the occasional crossover event and fan-made update, the series has been revived in spirit with a new name.

Back 4 Blood takes the basic formula Left 4 Dead established and builds upon it to craft one of the most promising cooperative shooters on the horizon. Ahead of Back 4 Blood’s first open beta, Inverse spoke with O’Driscoll to learn more about how exactly Turtle Rock achieved that with the new Card System, AI Director, and more.

How did you balance paying homage to Left 4 Dead with creating a unique experience?

Matt O’Driscoll: You see that classic Left 4 Dead gameplay in there, with Cleaners going from saferoom to saferoom. We’ve also got things in there like our Card System so that you can build decks and start deciding what role you want to play. You can be a support, or medic, assault, or mix your decks up. We also have the AI throwing what we called Corruption Cards and have the AI Director looking at how you’re playing the game.

We’ve really upped the replayability here with all of those different systems. We truly believe each time we're going to do a run, it's going to be something new, depending on how you build your deck, who you play with, the Corruption Cards, and what level of difficulty you’re on. There are so many new and different options and variables.

Those systems give the game a roguelike feel. Were any games from that genre a source of inspiration?

O’Driscoll: Internally, we've called it like a roguelite system with the cards. The designers looked over a few different games to see how they were done. We’re a little bit more linear, but there's a variety of stuff that we put our own twist on as well. If you play the Open Beta, all of the cards are available for you to play with so you can build decks and test them out.

What class or build do you like to use when playing Back 4 Blood?

O’Driscoll: I’m an assault kind of guy. Shooting zombies is fun. I love enhancing my reload speed, stamina, and extra ammo. I’ve also messed around with all sorts of decks and experiments. If you know you’re going to do support, you can be a mule with six or seven different inventory slots, so you can carry up to six grenades at a time and be pretty strong in battle.

How did the team adapt that Card System for a PvP setting?

O’Driscoll: In PvE, we don’t give you many cards at the start. We give you a five-card starter deck, so we’re encouraging people to play to unlock and build decks. In PvP matches, we actually give you four decks similar to the classes we described — assault, medic, and support. We then just unlock all the cards to start with, but it is a set amount of cards. They’re similar to the cards you get in PvE, but we had to balance some of them differently for PvP.

How did the team approach differentiating PvP from PvE?

O’Driscoll: You're going to be fighting human-controlled zombies that will be doing a lot of different stuff than in PvE. We’ve made multiplayer matches a very quick and snappy best of three, where whoever survives the longest wins. It’s a very different experience from PvE, where you’re committing to a run.

People also want to play as those zombies as they’ve got some cool abilities, and you can choose a different Ridden every time. They don’t have cards; they have the Zombie Mutation System, where you’re gaining points the whole time and can then upgrade your character or even your teammates if you want to help the team.

What did the team learn from developing Evolve, and how did that impact Back 4 Blood?

O’Driscoll: There are still people at the studio who worked on that game, me being one of them. We looked at some of the bigger monsters and how you play those monsters, but we didn’t want to dwell too much on the past. We’ve been heads down, concentrating on what we’ve done in the past and what other more up-to-date and relevant games have done as well. Even though the past is there, we’re moving on with this IP.

How do you keep the level objectives and set pieces fresh?

O’Driscoll: With the AI Director, we’re watching how people are playing. If they’re running through a level, do we need to throw a horde or a few more of the dangerous zombies at them? Rather than making it all set pieces where something will happen when you’re in this section of the map, we want a run to change each time. Maybe we’ll throw a couple of Corruption Cards at them, make the level a bit harder, and see how they fare.

On top of the toolset, we can change on the fly, we do have set pieces, like the Ferry scenario in Evansburgh, but we can also use our tools to throw in a horde or place some Tallboys in it. There’s a lot of run-and-gun from point A to B, so we throw something like the Ferry to change it up and require a little bit more coordination as a team.

Who would you say is the Lady Dimitrescu of Back 4 Blood?

O’Driscoll: As much as I’ve seen her, I’ve never played the game. I’m too scared. We haven’t really got a Lady D. Actually, you know what, maybe the Tallboy! Lady D is tall, right?