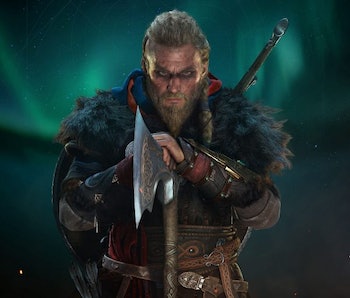 Assassin's Creed Valhalla was one of winter 2020's biggest games. It was released on nearly every platform in existence on November 12, including next-gen consoles. But the only modern console it's missing from is the Nintendo Switch.

Despite this, there may be one clue that indicates an eventual release of Assassin’s Creed: Valhalla on Switch. Here’s what we know.

When was the last Assassin’s Creed game released on Nintendo Switch?

Assassin's Creed Odyssey debuted for PlayStation 4, Xbox One, and PC across the globe on October 5, 2018. In Japan, the game also launched on Nintendo Switch. Ubisoft facilitated this launch using experimental technology in partnership with a Taiwanese game streaming company Ubitus GameCloud. It was the third Switch cloud release in Japan, following Resident Evil VII and Phantasy Star Online 2.

What clue indicates whether Assassin’s Creed: Valhalla will release on Switch?

In 2020, Nintendo finally brought Nintendo Switch cloud gaming stateside with Control Ultimate Edition. The Control Switch port was again developed by partnering with the company Ubitus to make cloud gaming possible for Switch. According to Business Insider, Ubitus is “working with numerous industry-leading game developers, aiming to bring their best games to the Nintendo Switch shortly.”

Streaming via the cloud means far more technologically strenuous gameplay is possible compared to what the basic machine can process. The Control Ultimate Edition on Switch features numerous components that were once believed to be next-gen exclusive, like ray tracing.

Although this hasn’t been officially announced, the possibility of Assassin’s Creed Valhalla landing on Switch is further bolstered by the games rumored to be in the pipeline for Nintendo’s cloud gaming. Resident Evil 3: cloud version was data-mined from the Control cloud edition. This shows that companies like Capcom, who previously tested the cloud system in Japan, are still in the running for global releases. This might even be true for companies like Ubisoft.

Has Assassin’s Creed: Valhalla been released on Nintendo Switch yet?

Unfortunately, despite the possibility mentioned above, the game in question still has yet to release on the Switch. But perhaps the advent of cloud services from Nintendo means that Valhalla and other Assassin’s Creed titles will have a generally easier time of making it to the system. And that would help Nintendo remain competitive with next-gen consoles while gamers begin to migrate to new systems.