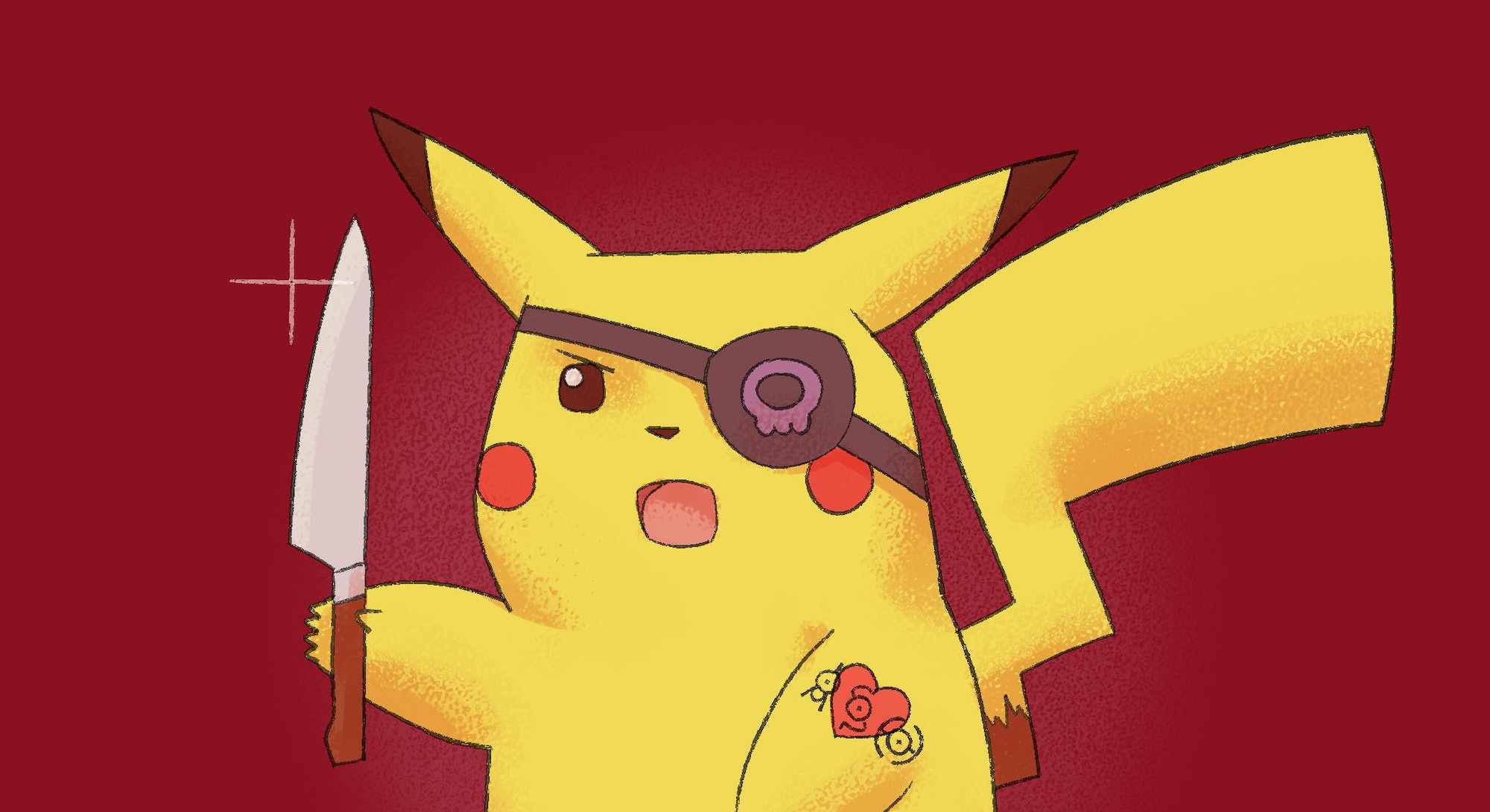 Developer Game Freak fundamentally altered its 26-year-old formula and incorporated video game mechanics commonly seen in massively-multiplayer online RPGs like World of Warcraft and Final Fantasy XIV. The most obvious are the aggressive wild Pokémon that roam the map, looking to pounce on unwitting trainers. These untamed beasts have terrified and frustrated gamers across the internet.

The way these wild Pokémon aggressively attack (or “aggro”) wandering trainers has been significantly overhauled compared to Pokémon: Sword and Shield’s Wild Areas, and some players aren’t happy about it. One Twitter user even says they’re now forced to constantly lurk in the tall grass to avoid getting their entire team knocked out by crimson-eyed Alpha Pokémon.

Arceus’ aggro system has become a point of contention. Some players believe it’s excessively punishing and that wild Pokémon can chase players down too quickly, while it reminds others of their fond MMORPG memories. The “aggro” debate has echoed through RPG communities for decades and has been the subject of countless memes and discussion threads.

The term is now inseparable from the RPG genre and its many communities because of the sheer number of titles that have based their combat on an aggro system. Arceus is just the latest example of Nintendo borrowing what MMORPGs have been doing for years. Diehard fans of the genre throw the word “aggro” around like a common verb in forums and Discord voice chats. Additionally, Google Trends data dating back to 2004 shows a vast majority of the searches for “aggro” were gaming-related. Gamers own the modern use of the word, but its origins predate Pokémon or any other video game.

Game designer and co-creator of the first multiplayer online RPG, Professor Richard Bartle, tells Inverse that aggro was a quick and dirty solution to one of the many limitations of text-based multi-user dungeons (or MUDs) that were the basis of modern RPGs. That “hack,” as he describes it in an essay titled The Evolution of the Trinity, worked so well that its underlying design has barely changed through the years — to the displeasure of many game designers, including Bartle.

But the term “aggro” goes back even further than the text-based games that paved the way for modern gaming.

The Origins of Aggro

The abbreviation of “aggravation” or “aggression” into “aggro” dates back to the mid-1900s as a colloquialism to describe a disruption provoked by aggressive or violent actions. People have used the word in that context for decades, long before the mainstream adoption of video games.

“Aggro was British slang at the time for fights between gangs, especially at football matches,” Bartle says. “‘There was a bit of aggro outside Stamford Bridge last night, ’that kind of thing.”

That use of the word is still around today, but Bartle’s creative and academic ventures would serve as a catalyst to give aggro its popular gaming definition. In 1978, he and fellow University of Essex student, Roy Trubshaw, created MUD1, widely considered to be the first-ever virtual world. The project was an attempt to let several players simultanously enjoy single-player, text-based adventure games, like Zork. During that process, they invented the notion of an aggro system, but it was the 1990 release of BatMUD and the 1991 launch of DikuMUD that formalized it.

“Aggro was British slang at the time for fights between gangs, especially at football matches.”

“We had the concept in MUD1, but we called it provoking,” Bartle says. “If you entered a location with a mob in it, there was a chance, based on the personality of the mob and how much health you had, that it would be provoked to attack. Players in other MUDs called it aggro.”

The idea of aggro, or provoking, came about because MUDs were able to tell how many players and enemies were inside of in-game rooms, but they couldn’t assign players positions within those rooms. That meant that if a party of five players exploring a cave attacked a group of trolls, all of them could take damage from the trolls’ club swings. So players suited up in heavy armor to avoid being pummeled to death in every combat scenario. It solved the immediate problem, but created another.

Every MUD user was forced to be an armor-plated warrior. There was no leeway to be a backstabbing rogue, or robe-cloaked wizard. BatMud and DikuMUD fixed that by creating taunting commands, or abilities that forced enemies to attack one player. These newfound mechanics had enemies measure the level of “threat or hate” each player generates in a fight to determine which character should be attacked. Threat-management, as it’s referred to by game designers, also spawned “The Trinity” of Tank, Healer, and DPS (Damage-Per-Second) character roles featured in most modern RPGs, and it almost immediately impacted the next leap in the genre.

The 1991 release of Neverwinter Nights was the first MMORPG to push graphics past the multi-user dungeon era and increase server capacity to hundreds of players. (It also featured an identical threat-management system to BatMUD and DikuMUD.) It wouldn’t be the last.

The introduction of 3D graphics with the 1996 launch of Meridian 59 led to the development of the concept of “aggro range,” or “aggro radius,” which is how close a player can get to an enemy before it begins attacking. This concept was reused in nearly every subsequent MMORPG, including Ultima Online (1997), EverQuest (1999), and World of Warcraft (2004). Aggro range birthed jokes and memes about inadvertently “pulling,” or calling the attention of a deadly amount of in-game enemies.

“Nowadays, players use the term ‘threat’ more than ‘aggro’ for the concept of making a mob attack you rather than someone else,” says Bartle. “Aggro is reserved for getting within a mob’s aggro range and triggering it into attacking, usually by accident.”

It’s these unexpected moments, like the now-legendary World of Warcraft Leeroy Jenkins clip, where a single player wiped out a dozen of his buddies after aggroing a swarm of baby dragons, that make RPGs both infuriating and inexplicably hilarious. Now, thanks to Pokémon Legends: Arceus, lifelong fans of the Nintendo franchise will be able to experience similarly chaotic, yet hysterical moments, like getting the unwanted attention of an Alpha Tangela and jumping in front of its Hyper Beam in a futile effort to save your squad.

Coined is an Inverse series that explores the wonderfully weird interplay between language and video games.