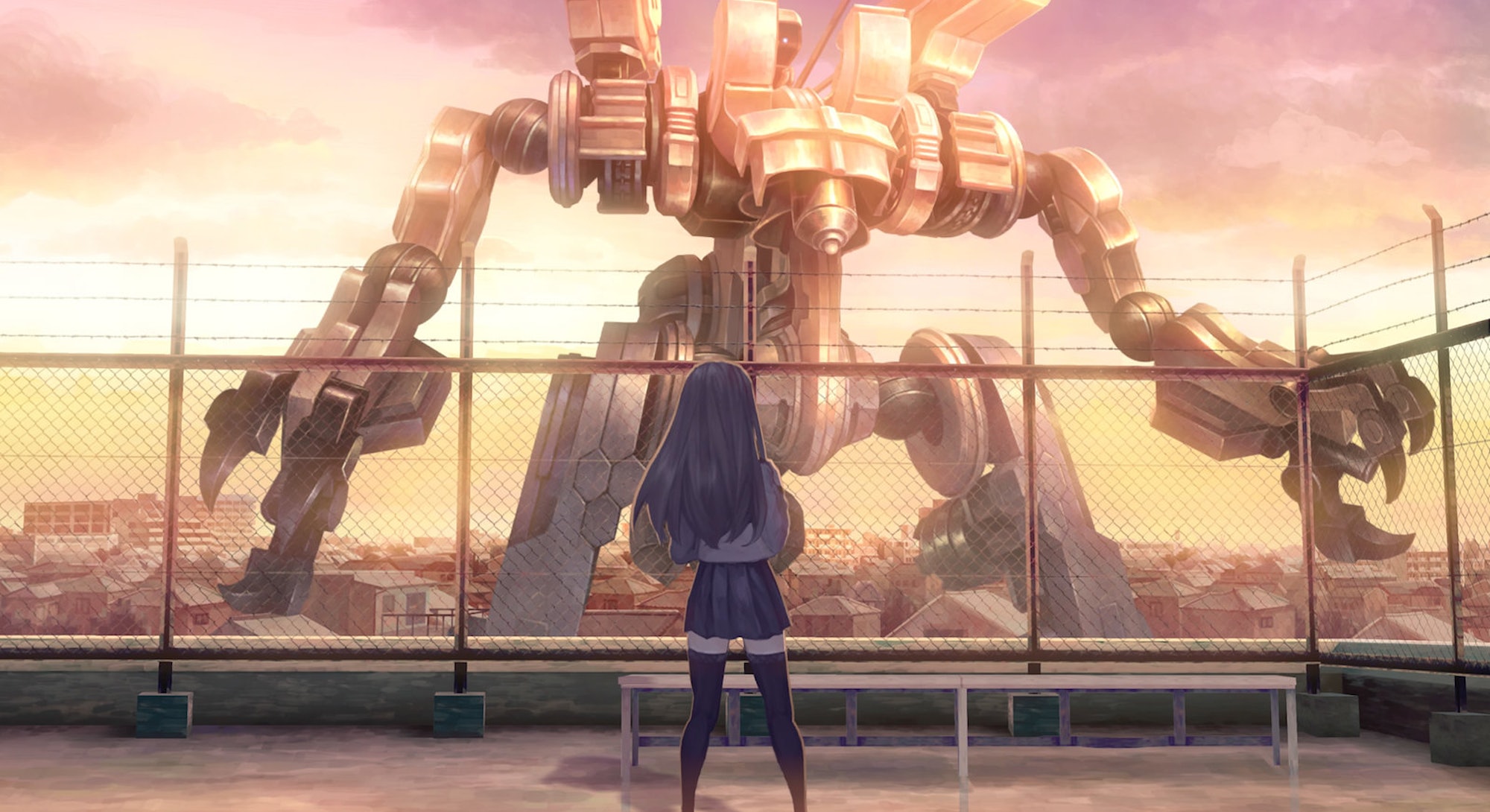 If you put Pacific Rim, E.T., War of the Worlds, and Persona in a blender and hit the frappe button, you’d get something that resembles 13 Sentinels: Aegis Rim.

Based on our preview of the game's prologue, that smoothie is delicious, albeit disorienting.

It’s an odd blend that doesn’t really click at first due to its confusing delivery. But anyone willing to gulp their way through the confusion will be enthralled by this game’s world, conspiracy, and strategic combat, all of which have a staggering amount of depth.

On a broader level, 13 Sentinels: Aegis Rim is a gorgeous and epic sci-fi tale that tells the intertwined stories of 13 different people, most of whom are high school students. They each wind up piloting their own Sentinels to fight Deimons, a seemingly alien Kaiju species invading Earth. Basically, imagine Persona as a Neon Genesis Evangelion adventure and strategy game that deals with time travel and multiple dimensions.

The prologue is split into several different parts for each character. Each story takes place at different points in time and introduces the player to 7 of the game’s 13 protagonists along with many of the side characters.

Over the course of 13 Sentinels: Aegis Rim’s prologue, you hop around dimensions and time periods to meet all of the game’s main characters. Things start simple enough when you are introduced to Juro Kurabe, a Kaiju-loving student in the ‘80s, but things get more confusing as more characters are introduced, even more so when you learn that Juro has a case of mistaken identity.

By the end of the prologue, you’ll have met many of the other students in Juro’s class: a man stuck in the 1980s after being pulled into the future by the person he loves, a girl summoned on an adventure that resembles E.T. when she finds a robot from the future in the girl’s locker room, and many more, each more bizarre than the last.

While each segment is intriguing in its own right, the prologue’s delivery feels a bit haphazard. Stories are told out of chronological order, so it takes a while to make sense of the timeline. On top of that, the past and future segments present many questions that the game doesn’t seem keen on answering right away. Even though that’s great for building intrigue, it makes for a prologue that’s difficult to follow. Because it's so obtuse, plenty of players might bounce right off of it.

The strategy segments make things even more confusing. They take place at a point in the future when everyone is aware of their Sentinels and the awesome destructive weapons at their disposal. The disconnect between the two is very jarring at first, though that will probably improve as the story progresses.

Despite the odd delivery, prologue segments are enjoyable in their own right. Vanillaware’s trademark beautiful animation is once again on full display in 13 Sentinels: Aegis Rim. The colors are drop-dead gorgeous and every character has memorable visual quirks and expressions that help them stand out.

These adventure segments are secondary to the real-time strategy component of the game, which sees players controlling multiple Sentinels. Each comes equipped with multiple abilities to attack or support other units.

Typically, the goal of these levels is to protect the main terminal by taking out the attacking Deimons as efficiently as possible. Certain characters are better at up-close melee attacks, while others should stay further back and provide long-range missile support. Terminal Commands are also used to help turn the tide of a fight. The first one unlocked is an EMP-like attack that freezes enemies in place.

This all sounds a bit more exciting than it actually looks, as the fights take place on a wireframe holographic map and don’t show the action in much detail. Sentinels can also be leveled-up and improved with special chips, though this isn’t needed to get through the prologue. If you’re a fan of strategy games, this part of 13 Sentinels: Aegis Rim is competent enough to entertain, but the confusing narrative becomes more of a hindrance than a help.

Many of the prologue stories feel disjointed and only start to make sense as the time travel and mecha elements come into play later on. While the story and strategy gameplay eventually got their hooks in me, I can’t really say the early hours of this game were enjoyable when I didn't have the full context yet.

Fortunately, 13 Sentinels: Aegis Rim gets steadily more engaging over time, and it will be exciting to see where all of the early game mysteries go. Seeing all of Vanillaware’s gorgeous art and getting to strategy game segments has made the experience worth it, at least for now. The game needs to start giving some answers pretty quickly if it wants to keep people engaged.