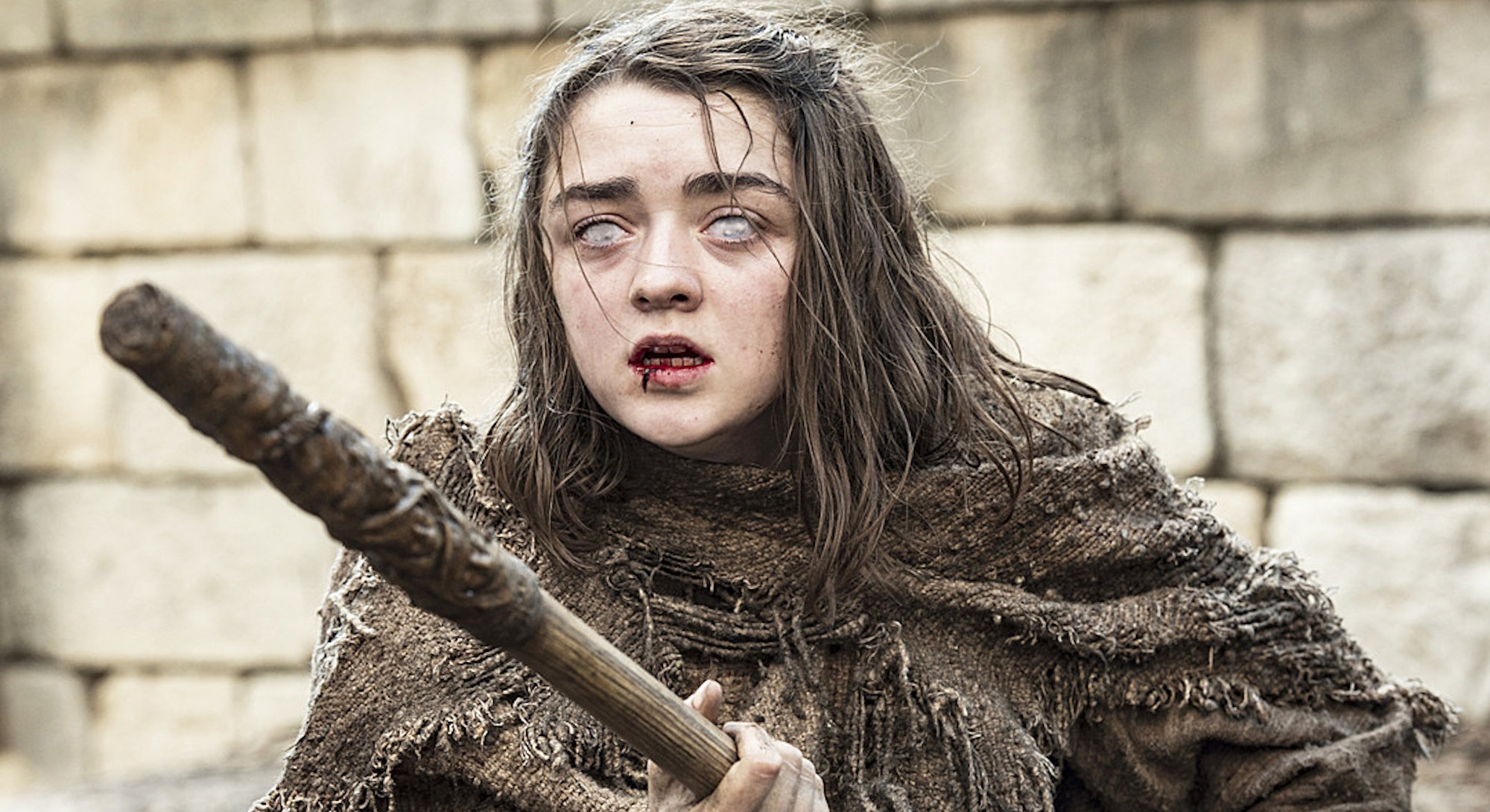 If all goes well, The Winds of Winter is tentatively scheduled for a 2021 release.

Yes, we've heard similar promises before from George R.R. Martin about the sixth book in the A Song of Ice and Fire series. That said, the author has been giving consistent updates about his progress, citing how he often spends his days in Westeros. Considering the laundry list of unresolved plots and forgotten characters left over from Game of Thrones, a lot of pressure is riding on The Winds of Winter to deliver answers.

Perhaps one of the biggest questions that lingered from the show is the fate of Syrio Forel, Arya Stark's sword-fighting teacher.

Syrio was only in three episodes of Season 1 of Game of Thrones, but he made quite an impression. The first sword to the Sealord of Braavos was a master swordsman living in King’s Landing. He was hired by Ned Stark to teach Arya the art of sword fighting after discovering her practicing with Needle. Syrio taught Arya about the one god of death and how to fight in the Braavosi style of the Water Dance.

He was not long for this world, however, and was presumably killed by Meryn Trant in Season 1 before Ned was put to death. His death happened offscreen and, by the rules of sci-fi and fantasy, often means that a character may still be alive. Game of Thrones star Maisie Williams also believed he was still alive. She theorized that Syrio was one of the Faceless Men and that he and Jaqen H’ghar were one and the same person. Williams’ theory aligned with that of many fans, but when she asked showrunners David Benioff and D.B. Weiss about it, they confirmed to her that Syrio was dead and gone.

It’s possible that The Winds of Winter will not only confirm that Syrio Forel didn’t die, but that he is a rather familiar member of the Faceless Men (not Jaqen) who has remained integral to Arya’s lessons.

The god of death

Upon first meeting Arya, Syrio calls her a boy. This goes on for a bit before she finally scoffs and declares that she’s a girl. Syrio shrugs and says, “Boy, girl, you are a sword.” To master the sword, Syrio believed that it had to become an extension of the arm and a part of her identity. The quote hinted that Syrio worshiped the Many-Faced God and it’s possible the lesson he was trying to pass on to Arya was that she was “no one,” an epithet associated with the Faceless Men and their teachings.

The theory that Syrio is a Faceless Man is one of the reasons some fans refuse to accept his death. After all, he’s a skilled swordsman and we saw him take out several of the Kingsguard one-handed, with only the hilt of his sword. Perhaps Meryn Trant wasn’t skilled enough to take out Syrio. Without a body (or a severed head) to confirm his death, his fate remains an intriguing mystery.

However, it’s possible that he didn’t disappear at all and simply changed his appearance. While the theory that Syrio is Jaqen is quite popular (and plausible), one fan theory suggests that Syrio ultimately became the Waif, who is assigned to teach Arya the Braavosi language and to master the art of lie detection. When Arya is blind, the Waif teaches her to fight her opponents without seeing them, and trains her using wooden swords.

“Other men were stronger, faster, younger, why was Syrio Forel the best? I will tell you now. The seeing, the true seeing, that is the heart of it.” —Syrio, A Game of Thrones.

Coincidentally, one of Syrio’s lessons involved detecting lies. He once tells Arya that his tongue lied, but his eyes did not, urging her to learn to tell the difference. Of course, all of these similarities don’t confirm that Syrio is the Waif, and the lessons may simply be due to the collective teachings of the Faceless Men.

Deep dive theorists have gone a step further. In a scene from Game of Thrones, the Waif’s shadow is apparent and fans have speculated that the shadow itself resembles Syrio’s silhouette. The hair is more curled and the shoulders more broad. The show may have been hinting at something, but it’s possible that we’re just reading into it. Conversely, one could argue that Syrio’s “not today” quote belies the lessons of the Faceless Men, which is that all men must die (though Jaqen does mention that death’s timing is unknown).

Whether or not Syrio is the Waif remains to be seen, but it would be a clever way to bring Arya’s storyline full circle and confirm Syrio’s still alive. After all, he was originally from Braavos and it would make sense for him to return there after escaping King’s Landing. The only sticking point here is that Syrio and the Waif’s dispositions are wildly different, but who’s to say that isn’t by design?

It’s possible that Syrio saw so much potential in Arya that he ensured she and Jaqen would cross paths and their meeting would later lead her to Braavos. With the Waif taking on her lessons, Arya would still be learning from her original teacher. What a great twist that would be! We know that Arya is still in Braavos, so there’s plenty of time to reveal what fans hope for and suspect about Syrio’s fate.

Either way, it’s more than likely that Syrio is a member of the Faceless Men no matter his identity. There are simply too many similarities between their teachings. The God of Death bit is a, pardon the pun, a dead giveaway. Of course, this hinges on the idea that Syrio is alive at all and he very well might be dead. That would be disappointing, but The Winds of Winter should confirm his fate one way or another and bring closure to fans hoping to see him again.