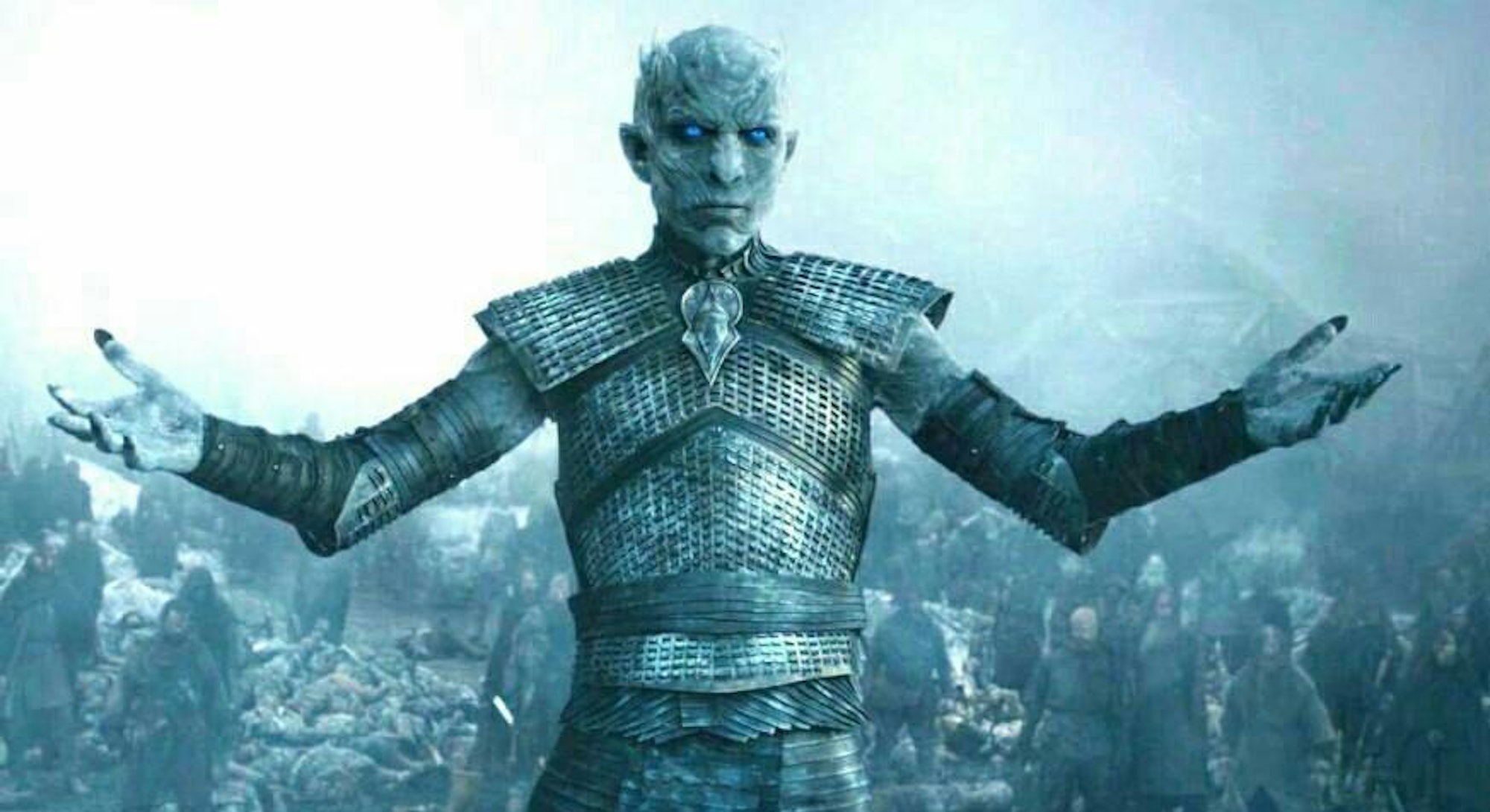 George R.R. Martin’s A Song of Ice and Fire series is littered with prophecies.

Fans have spent years analyzing them, breaking them down and attributing them to characters and storylines. However, only a few of them made it into Game of Thrones: Maggy the Frog’s prophecy to Cersei, the dragon has three heads vision that Daenerys saw in the House of the Undying, and the Prince That Was Promised.

In the show, Melisandre used the Prince That Was Promised interchangeably with Azor Ahai, a separate prophecy in the books that foretold of a great warrior who — wielding a magical and flaming sword called Lightbringer — would lead the battle against the darkness and bring light to Westeros.

The darkness in the prophecy is believed to be a reference to the Long Night. According to legend, this is the period of time when the White Walkers first emerged from the North and famine and death swept the land. In short, Azor Ahai was the one who would ultimately defeat the White Walkers (aka the Others).

On the show, Melisandre believed Stannis to be the one to lead Westeros out of the incoming darkness. Fans have also speculated that Jon Snow — whom Melisandre resurrected after he was killed by his own men — and Daenerys Targaryen who were destined to wield a flaming sword and kill the Night King and his undead army. Ultimately, it was Arya Stark who flew out of the shadows to stab the Night King with her Valyrian steel dagger, subsequently ending the battle with the White Walkers and killing them all.

The legend says that Azor Ahai will be reborn to draw Lightbringer out of the fire and save Westeros from the darkness once more. Of course, this would imply the prophecy is to be taken literally and only one person will wield the flaming sword. The warrior and the sword have yet to appear in the present timeline of Martin’s books.

However, The Winds of Winter — which the author has been diligently writing and is tentatively scheduled to be released next year — could include a major twist on the prophecy by revealing the Night’s Watch as the prophesied Lightbringer, effectively changing the ending to Game of Thrones and the battle with the Night King and the White Walkers.

The sword in the darkness

The Night’s Watch was essentially created to guard the northern Wall against the Others. The order has been around for centuries dating back to the Age of Heroes, which is when the White Walkers first roamed the realm and the prophecy of Azor Ahai took hold. The Others have become little more than a myth to most, but the Night’s Watch continues to carry out their sacred oath to protect Westeros from the undead invaders whose existence threatens their lives.

Following a generation of devastation and destruction by the White Walkers, it was the first members of the Night’s Watch who finally defeated them and drove them back beyond the Wall in the Battle of the Dawn. Considering the important role they played in the fight against the Others, it seems strange that Azor Ahai is foretold as a single warrior.

However, a theory speculates that the Night’s Watch is the metaphorical Lightbringer and their leader, the Lord Commander, will lead them to defeat the White Walkers once more. The evidence lies in the sacred oath each member of the Night’s Watch must take when joining.

Night gathers, and now my watch begins. It shall not end until my death. I shall take no wife, hold no lands, father no children. I shall wear no crowns and win no glory. I shall live and die at my post. I am the sword in the darkness. I am the watcher on the walls. I am the fire that burns against the cold, the light that brings the dawn, the horn that wakes the sleepers, the shield that guards the realms of men. I pledge my life and honor to the Night's Watch, for this night and all nights to come.

There are quite a few references to swords, darkness, and fire. Each of these is reminiscent of what Lightbringer stands for. Of course, the prophecy also dictates that Azor Ahai must first kill the woman he loves with the steel of the sword to create Lightbringer at all. This aspect of the prophecy is why fans speculated that Jon Snow was the legendary warrior and killing Daenerys in Season 8 of Game of Thrones leant some credence to this idea.

That said, the Night’s Watch swearing to never take a wife or love altogether is itself a sacrifice and can arguably be a translation of Azor Ahai and the Lightbringer prophecy. It would also bring a lot more meaning and depth to the prophecy than taking it so literally. A bonus is that a woman won’t have to die for a man to become a great warrior and everybody wins.

One sword to rule them all

In Season 8 of Game of Thrones, the Wall was destroyed and several members of the Night’s Watch died in the Battle of Winterfell. It was somewhat underwhelming considering that the order was meant to protect and was instead defeated completely. While their watch may have ended on the show, the Wall still stands proudly in Martin’s books.

The Winds of Winter could make the Night’s Watch far more relevant than the show ever did. Considering their legendary history during the first White Walker war, it’s possible that the collective efforts of the Night’s Watch will defeat the Others once and for all instead of Arya.

The Night King doesn’t exist in the books, but that doesn’t mean he won’t show up in The Winds of Winter and it’s follow-up, A Dream of Spring. How exciting would it be if the Night’s Watch charged the Night King and his army to parallel what the first members did? The idea that they are the proverbial sword that lights the darkness is apt and speaks to the power of the people rather than the efforts of a single man. It's far more interesting than a resurrected warrior and a literal flaming sword.

After all, no one in Westerosi history has ever fought evil alone and the Night’s Watch as Lightbringer would signify the unity of the realm in the face of a major threat. However Martin ultimately decides to conclude the story of the White Walkers, the Night's Watch fulfilling the Azor Ahai prophecy to defeat them and the potential Night King would be a great and clever twist.