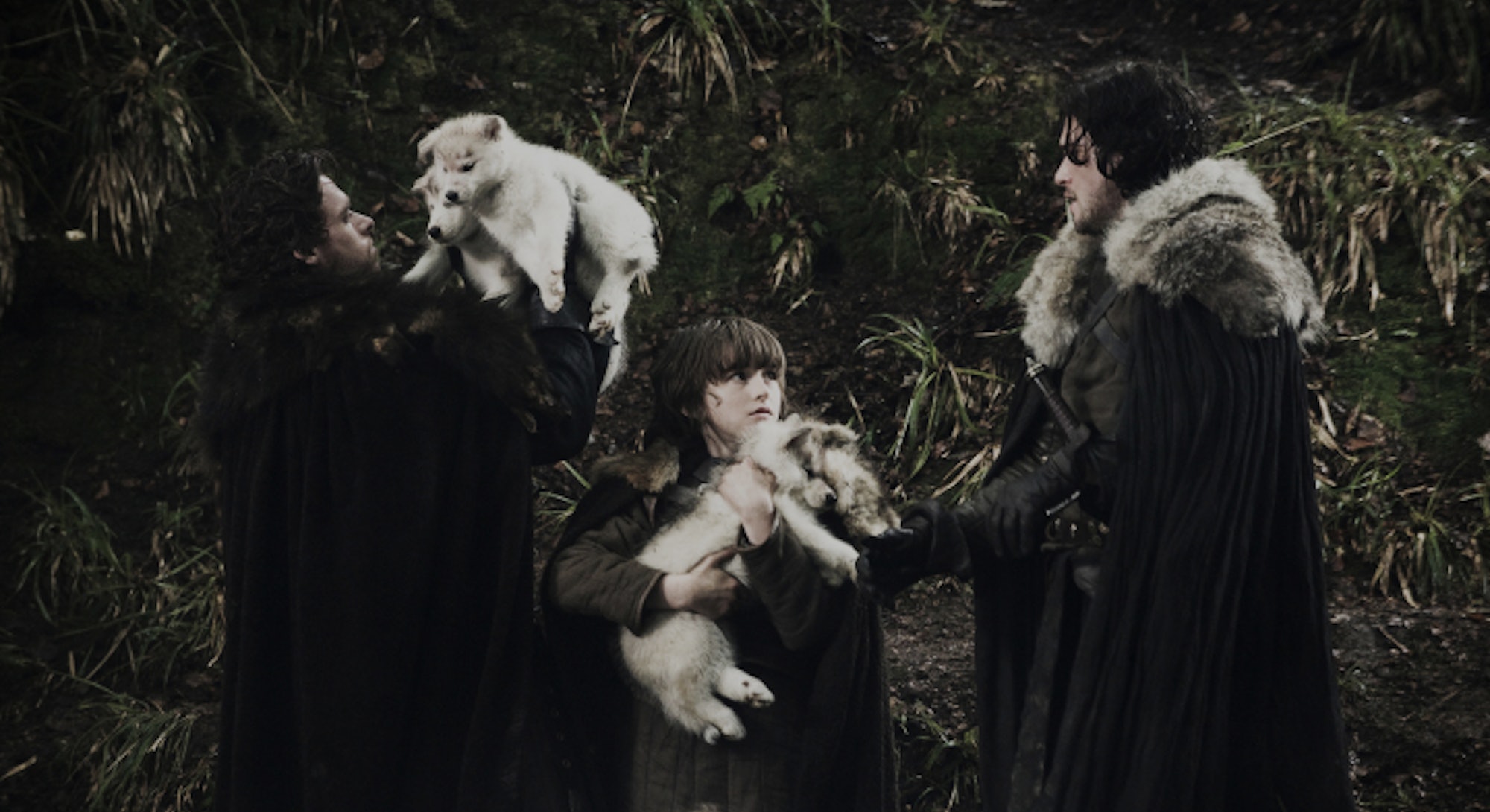 George R.R. Martin has been busy writing The Winds of Winter, the sixth book in his A Song of Ice and Fire series.

The author had promised that fans would be able to lock him away in a cabin if he hadn’t delivered the long-awaited book by July 29. The deadline has come and gone, but the pandemic managed to lock Martin away to write before fans could do it for him. The Winds of Winter is now tentatively due to arrive at some point next year, and that leaves plenty of time for speculation about how the sixth book might do things differently than in Game of Thrones.

In the case of Jon Snow, Game of Thrones has already answered a question that Winds of Winter will need to address: Is Jon really dead? After being stabbed to death by members of the Night’s Watch at the end of Season 5/A Dance With Dragons (they weren’t onboard with his alliance with the free folk), Jon was quickly resurrected by the red priestess Melisandre.

Following his return to life, fans speculated that Jon’s resurrection would make him a different person somehow. Who would return the same after that, right? Perhaps he came back less compassionate than before, or that death made his heart cold and cruel. Some fans even believed that Jon would be brought back as the Night King (why not?). But in the show, the Jon Snow we got in those final seasons was pretty much the same one from before — maybe a little moodier, but not notably changed by his brush with death.

Of course, those who believed that Melisandre would bring him back to life were right on the money. That said, Jon is still very much dead in Martin’s books and it’s rather unclear if he’ll be brought back at all. But, since Game of Thrones didn’t change anything about Jon after he returned, it’s possible that The Winds of Winter could resurrect him in a far more inventive way.

Game of Thrones didn’t include Jon's warging abilities — which is the power to enter an animal’s mind, see and sense things from their point of view, and sometimes even control them. All of the Stark children actually have the ability to warg, but only Bran is shown to be able to do this on the show. Perhaps it was to emphasize his being different from the rest of his siblings, destined to become the Three-Eyed Raven. Whatever the reason David Benioff and D.B. Weiss left it out, Jon’s abilities didn’t factor into his death or resurrection.

That was not the case in the books. In A Dance with Dragons, Jon Snow is killed in pretty much the same way he is on the show, stabbed multiple times by several of his own men. However, the text surrounding his death can be interpreted as ambiguous. Martin writes that Jon “never felt the fourth knife. Only the cold.”

Fans have long wondered why Jon never felt that fourth knife. Was it because he was already unconscious? Was he too numb and cold to feel pain? Considering that he was lying face down in the snow and bleeding out from his three previous stab wounds, the feeling of cold seems to allude to death itself.

Conversely, it’s possible that Jon didn’t feel the fourth knife because he didn’t die at all and was instead seeing his own death from the perspective of his direwolf, Ghost. Jon’s final word before his death was his direwolf’s name. It’s possible that he was calling for Ghost to save him or trying to enter the dog's mind, which would explain why he felt the cold but not that knife.

The possibility that Jon warged into Ghost right before his death has been a popular theory for years. One theorist surmised that Jon did warg into Ghost, but will eventually warg back into his own body. This may be a direct nod to the vision Melisandre had of Jon before his death at Castle Black in A Dance with Dragons:

The flames crackled softly, and in their crackling she heard the whispered name Jon Snow. His long face floated before her, limned in tongues of red and orange, appearing and disappearing again, a shadow half-seen behind a fluttering curtain. Now he was a man, now a wolf, now a man again. But the skulls were here as well, the skulls were all around him. Melisandre had seen his danger before, had tried to warn the boy of it. Enemies all around him, daggers in the dark. He would not listen.

If Jon does warg into Ghost to evade death, this is what could permanently and fundamentally change him as a person. Up until his demise, Martin had written chapters from Jon’s point of view. Let’s say he does warg into his direwolf, Jon’s perspective may be radically different in The Winds of Winter — or nonexistent. It’s unclear if warging includes the transference of someone’s entire subconscious, or if Jon was only able to send a part of himself into Ghost for safekeeping until he could get back to his body somehow.

In A Clash of Kings, Jon dreams through Ghost’s eyes and sees thousands of wildlings and giants before he is attacked by an eagle. The eagle appears a couple of times in the second book, and Orell’s eagle appears in A Storm of Swords and scratches Jon’s face. That eagle also comes into play later and is important for warging reasons...

The prologue of A Dance with Dragons offers the perspective of Varamyr, a member of the free folk with the ability to warg and control animals (an eagle among them), as well as taking over human bodies. Varamyr is fatally wounded, stabbed by a boy for attempting to take a cloak. Knowing he’s dying, Varamyr tries first to take over a human body and is unsuccessful. The prologue ends with him warging into one of his wolves right before his death.

It's possible Varamyr’s situation may have been foreshadowing Jon’s fate, and it’s the clearest indication that Jon could warg into Ghost and remain a direwolf for the entirety of The Winds of Winter. It’s also possible that Jon could lose his warging abilities after entering Ghost’s mind. After all, if his body dies, then there’s nothing to go back to.

Of course, Melisandre could still resurrect him the way she did on Game of Thrones, but it probably won’t be so easy. And the longer he spends co-opting Ghost’s mind, it’s possible that he’ll adapt wolfish qualities if he ever becomes human again. Nonetheless, Jon becoming one with Ghost would probably be handled with a lot more nuance and complexity than the show could have mustered. It's possible Martin will be able to write in Jon-wolf's perspective, but it's something that would have been hard to depict on the HBO series.

Regardless of how Jon returns, be it in the body of Ghost or his own, The Winds of Winter has an opportunity to handle his ressurection in a way that will bring about real change for Jon's development, potentially altering the course of his journey for good.