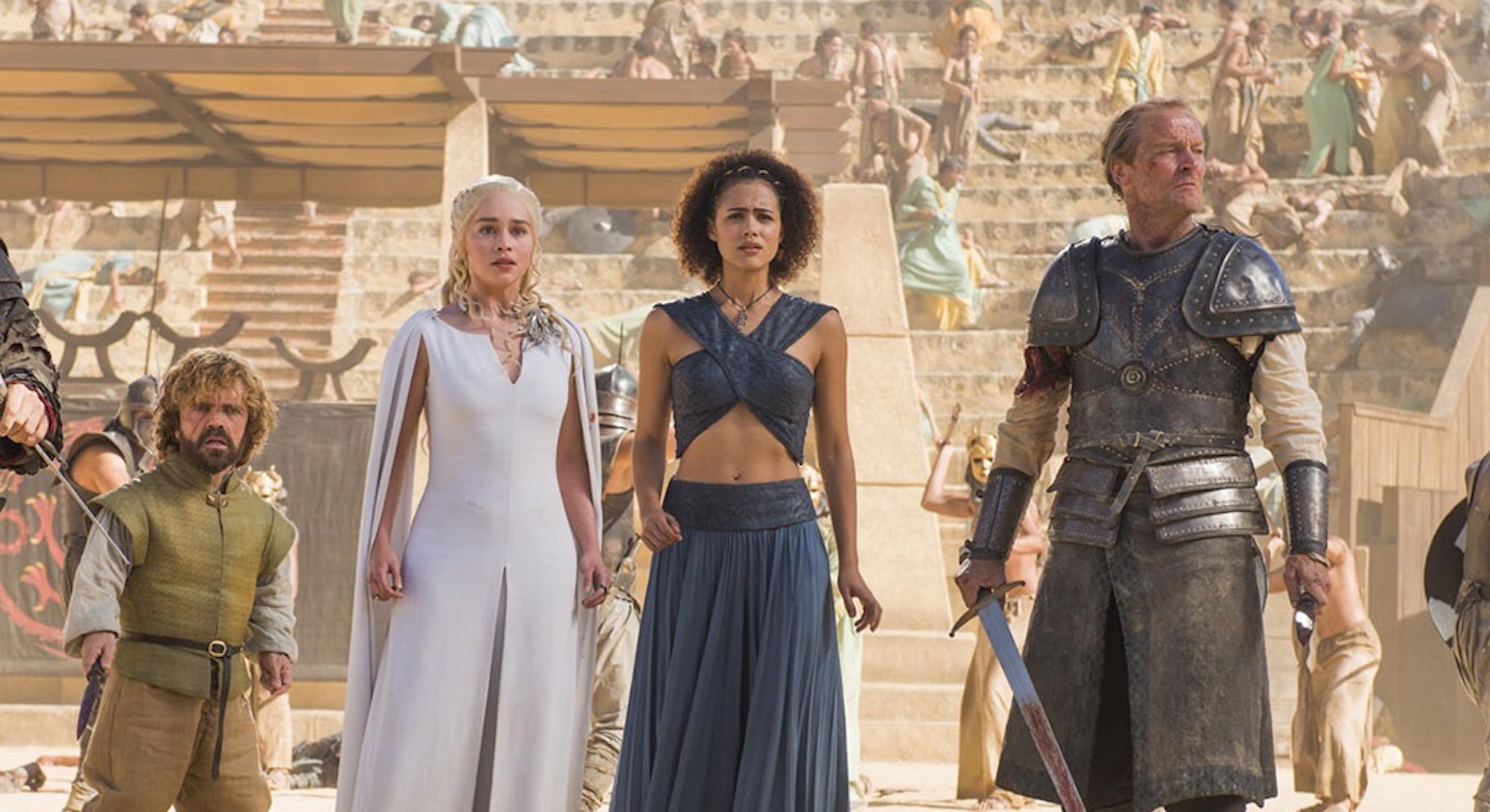 The author promised fans that if The Winds of Winter, the sixth book in the A Song of Ice and Fire series, wasn’t completed by July 29 of this year, fans had the right to “imprison me in a small cabin” until he was done writing. However, that date has come and gone and Martin is no closer to finishing the long-awaited novel than he was at the time he publicly made his promise.

All we really have is a continuously delayed release date and speculation on all the plots and character arcs from Game of Thrones that The Winds of Winter could fix when it is finally (and hopefully) published. That said, Martin says he has been writing consistently throughout the pandemic, and said it's been going “well of late.”

With all of that in mind, Martin may have a draft by next year's CoNZealand event. We're hoping that The Winds of Winter will improve upon the unsatisfying end of Missandei's story in Game of Thrones Season 8 with a more thoughtful storyline for this deeply memorable character.

Loyal, intelligent, sharp, and strong-willed, Missandei was one of Daenerys Targaryen’s most trusted advisors in Game of Thrones, aiding in Dany’s plight throughout Astapor, Yunkai, Meereen, and into Westeros. First introduced in Season 3, Missandei made a strong impression on viewers and Daenerys. A native of the island Naath and fluent in several languages, Missandei was enslaved and brought to Slaver’s Bay in Essos before being made to work for the slave owner Kraznys mo Nakloz of Astapor as a translator.

When the Mother of Dragons first arrives in Astapor, Missandei interprets the meeting with her and Kraznys regarding the Unsullied, enslaved eunuch warriors conditioned to serve Astapor from birth. Daenerys asks Kraznys for Missandei as a gift — Kraznys sends Missandei off with Daenerys of his own accord in the books.

Missandei chooses to remain at Dany’s side, working with her toward her goal of reclaiming the Iron Throne. This choice sets Missandei on a path that leads to love with Grey Worm, the leader of the Unsullied, tough decisions, leadership in Dany’s absence, and a death that came all too soon.

In the second episode of Game of Thrones Season 8, Missandei revealed to Grey Worm that she’d like nothing more than to return to the beaches of Naath once Daenerys’ place on the Iron Throne was secured. Unfortunately, Missandei never made it back to her home island, captured by Euron Greyjoy following the destruction of Daenerys’ fleet and dragon, Rhaegal.

Bound in chains, Missandei’s capture was reminiscent of her being taken as a slave from Naath and it’s not hard to understand why that made many viewers angry. The only Black woman on the show was placed back in bondage and publicly, brutally executed by Gregor Clegane at the behest of Cersei Lannister. It was cold, calculated, and ruthless, made worse by the fact that Missandei’s development had come to a standstill when compared with other characters on the show.

What’s worse is that Missandei died solely for Dany’s pain, so that it would drive the Mother of Dragons to the brink. Missandei’s death did, in part, drive Daenerys to eventually burn King’s Landing to the ground. But what of Missandei, whose life was cut far too short and who still longed to return to the beaches of Naath and live out the rest of her days in peace? She didn’t have to die like that (or die at all) and that’s where Martin’s book comes into play.

Key changes in The Winds of Winter

Martin’s books depict Missandei as a child rather than as a young woman. A ten-year-old Missandei is introduced in A Storm of Swords in much the same way as her live-action counterpart. However, you can imagine that Missandei and Daenerys’ dynamic is slightly altered in the books, with Dany acting as more of a mother figure to young Missandei. That said, the Mother of Dragons did sometimes forget how young Missandei actually was considering how good of an advisor and herald she had become.

With all that in mind, Martin could make it so that Missandei’s death never occurs in The Winds of Winter. At this stage in the story, Missandei is still in Meereen and Daenerys is nowhere to be found (having flown off with Drogon). Meanwhile, Ser Barristan Selmy is ruling in place of Daenerys after staging a coup d’etat. Missandei aids Barristan in the coup of Meereen and actually comes up with a plan to trick and divide the enemy, a strategy Barristan believes to be similar to something Petyr Baelish or Varys will do.

She’s constantly reading scrolls and barely flinches when it comes to caring for those with grave injuries. Of course, burn wounds and blood may not be that strange to witness considering the life she’s lived already. That said, fans have speculated that Missandei might be up to something. Another wild theory positions her as one of the Faceless Men and even one of the Children of the Forest.

It’s possible that The Winds of Winter will reveal Missandei as someone else. Maybe she’ll betray Daenerys or she’s being set up to eventually rule Meereen in Dany’s place. After all, the Mother of Dragons won’t be there forever and multiple characters have made note of how smart and skilled Missandei is.

She has a lot of potential to achieve greatness and add value to the story outside of Daenerys and The Winds of Winter could capitalize on that instead of killing her off. Either way, Missandei is a spirited character with a lot to offer and any one of these possibilities would be better than how her story ended on Game of Thrones.