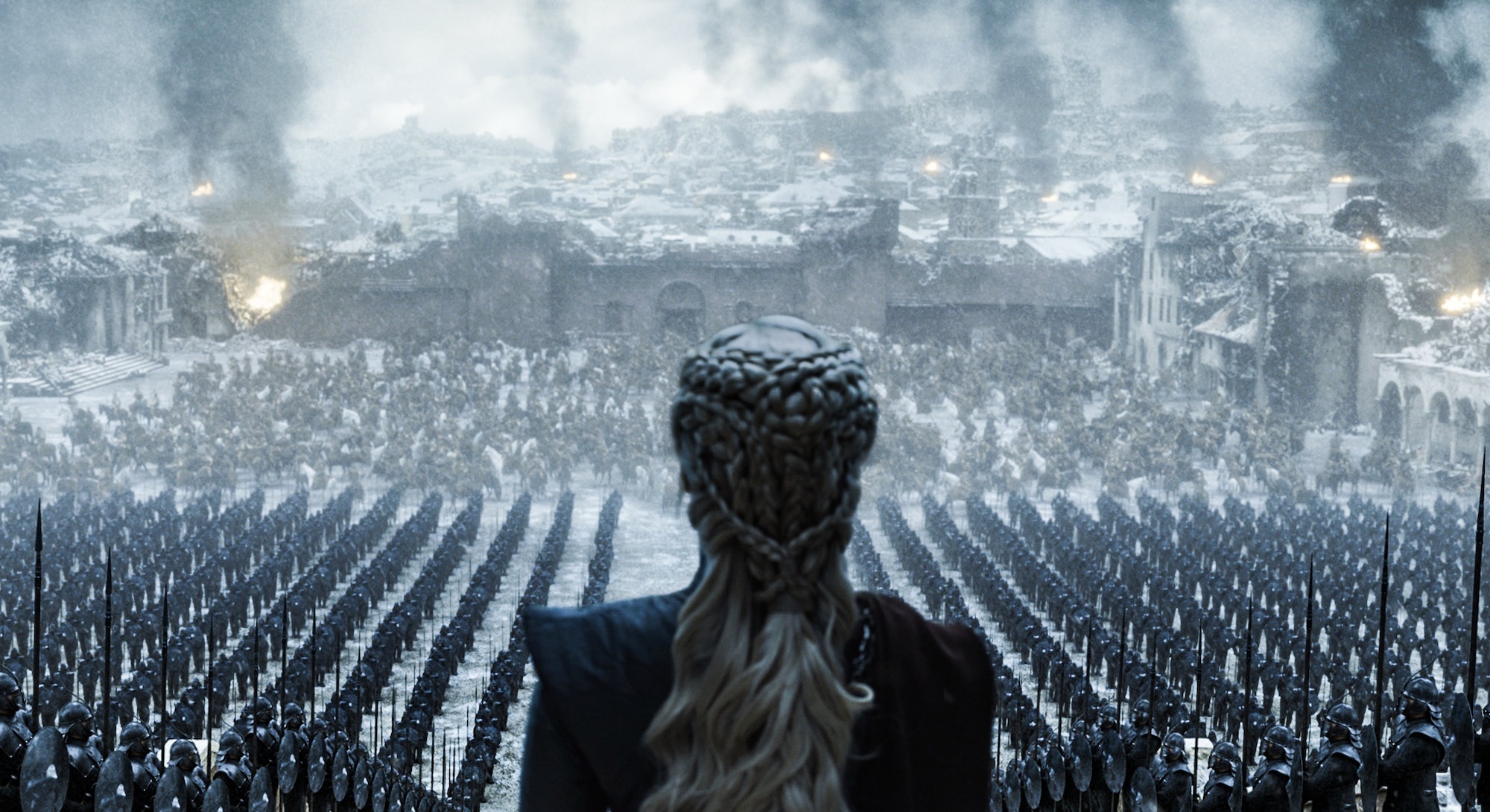 The Winds of Winter could give fans something to root for in the upcoming Game of Thrones prequel series.

Despite the negative reception of the Game of Thrones’ series finale, HBO greenlit House of the Dragon, a prequel spinoff set 300 years earlier. Based on George R.R. Martin’s Fire & Blood novel, the series will focus on House Targaryen and is rumored to include the events of the Dance of the Dragons, a Targaryen Civil War that erupted during their rule of the Seven Kingdoms.

The Dance of the Dragons is referenced throughout Song of Fire and Ice books, but it's unlikely the HBO spinoff will start there. It would make a lot of sense for House of the Dragon to start during the reign of Jaehaerys I Targaryen, who fought against Prince Morion Martell in the Fourth Dornish War. What’s more, The Winds of Winter — the sixth novel in Martin’s series — could offer some fascinating insights about Targaryens’ history with Dorne.

“He was nine-and-sixty at his death, and had ruled wisely and well for five-and-fifty years. Westeros mourned, and it was claimed that even in Dorne men wept… for a king who had been so just and good. [...] And the realm never saw their like again.”

Fire & Blood is split into sections detailing the reigns of six Targaryens — Aegon I, Aenys I and Maegor I, Jaehaerys I, Viserys I, Aegon II, and Aegon III. Fire & Blood itself covers 150 years of history, so there’s a lot to delve into. That said, it’s unclear whether House of the Dragon will cover everything or whether it will specifically focus on one period of time.

Before Aegon and Rhaenyra fought each other over succession to the Iron Throne in the Dance of the Dragons, Jaehaerys catapulted Westeros into an age of prosperity. The Targaryen king didn’t much engage in many battles, but some of the scuffles he did have had to do with Dorne. After all, Dorne is the one kingdom that the Targaryens never truly conquered. However, they still had plenty of conflicts with each other, what with the Targaryens having their dragons as a power symbol and all.

One such conflict began during the third Dornish war, when Jaehaerys and his armies battled the Vulture King, a self-proclaimed monarch who raided the Stormlands of Westeros. Jaehaerys ordered his camps burned, leading to the defeat of the Vulture King. The Prince of Dorne stayed out of the ordeal, but it angered Morion Martell, who later ascended to the throne.

Once he took power, Morion sought revenge against Jaehaerys, kicking off the Fourth Dornish War. Morion hoped to catch Jaehaerys by surprise, but the Targaryen quickly dispatched his army and dragons against Morion. The battle lasted an single day and resulted in a massive loss for Dorne.

Targaryens vs. the Martells

Martin has already published a sample chapter of The Winds of Winter from Arianne Martell’s point of view. In fact, she’s the only Dornish royal with a perspective in the upcoming novel (that we know of thus far). Considering this focus on Arianne and Dorn in general, it’s possible that Martin will provide more insight regarding the Fourth Dornish War and its connection to the Targaryens.

House of the Dragon might excite fans simply because it’s a prequel to Game of Thrones, but introducing a host of new characters fans aren't yet invested in is no small challenge. If The Winds of Winter offers some further insight into the Dorne-Targaryen connection, it might make us care a lot more about the series a lot more.

The Dorne storyline in Game of Thrones didn’t get the attention or development it deserved. The Winds of Winter could fix that by linking the Great House to the history of Targaryen rule. If House of the Dragon is going full steam ahead to include the Dance of the Dragons at some point, then it should start with the Martell-Targaryen conflict.

As interesting as the Targaryens are as a family, a big part of what made Game of Thrones so interesting was the constant turmoil and allegiances between various houses. What would Robert Baratheon have been without Ned Stark? It's possible that House of the Dragon will have to include this conflict to make sense of the Targaryen's own internal conflict, as well as Dorne's history with staying out of the conflicts plaguing Westeros, something that was reflected in Doran and Ellaria Sand's storyline on the show.

The Fourth Dornish War and the entanglements between House Martell and House Targaryen is intriguing enough and offers insight into the conflicts that littered the HBO series. Of course, there’s no telling what’s in store within Martin’s book, but Arianne Martell is already a big player in The Winds of Winter and it would benefit new and longtime fans if Dorne played a bigger role in House of the Dragon.