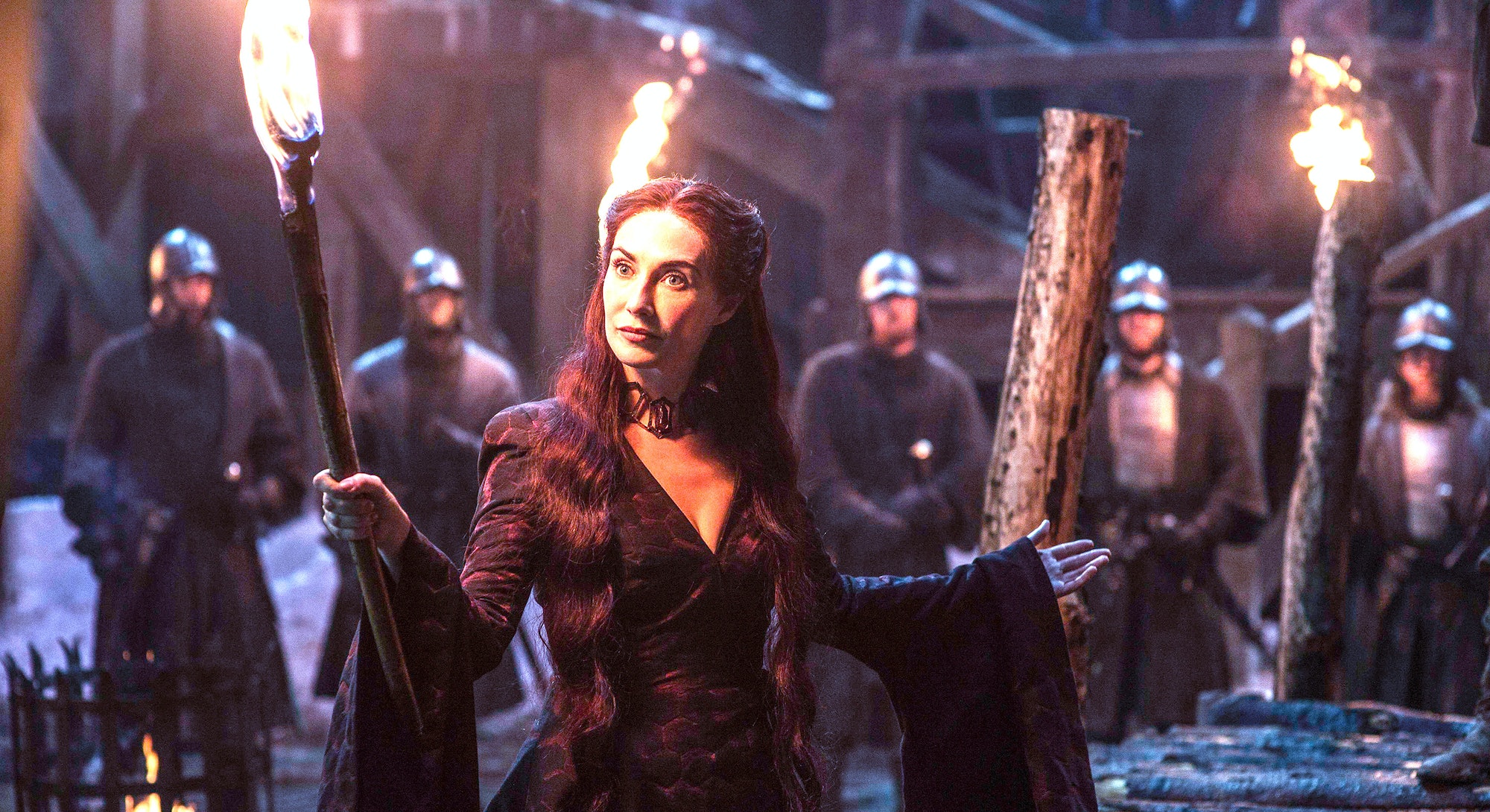 Arya Stark was supposed to kill someone with green eyes.

The Winds of Winter may fulfill the prophecy Game of Thrones left hanging. It’s been more than a year since Game of Thrones concluded its eight-season run. Looking back, there are plenty of mysterious prophecies that the HBO series never followed through on, such as The Prince That Was Promised. The show avoided others from George R.R. Martin’s Song of Ice and Fire books altogether, including Cersei Lannister’s Valonqar prophecy. And that’s fine, since Westeros is a world where prophecies are often dubious.

However, the prophecy Melisandre repeats to Arya in Season 8 about the eyes she'll "shut forever" — brown, blue, and green — feels far more concrete than the rest. The brown and blue-eyed people were likely Walder Frey and the Night King. Cersei Lannister, long a fixture of Arya's revenge list, was a prime candidate to be her green-eyed target. On the show, Arya doesn't kill Cersei, or anyone notable with green eyes, so the prophecy remains unfulfilled. In the books, these two characters still haven't crossed paths. That said, The Winds of Winter, the long-awaited sixth book in Martin's series, may fulfill the prophecy that Game of Thrones left open-ended.

In the Season 3 episode, “The Climb,” Melisandre crosses paths with young Arya for the first time. At this point in the show, Arya, Gendry, and Hot Pie have been taken as ransom by the Brotherhood without Banners, a group of outlaws who protected locals from powerful bullies. Melisandre shows up looking to take Gendry, knowing him to be the bastard son of the late King Robert Baratheon and she needed his blood for a ritual to advance Stannis Baratheon’s cause.

Arya isn’t too thrilled when the Brotherhood sells Gendry to Melisandre and she confronts Melisandre as she’s ready to leave with him. Melisandre is unperturbed by Arya’s anger. Instead, the red priestess takes Arya’s face in her hands, looks deeply into her eyes, and says this:

“I see a darkness in you. And in that darkness, eyes staring back at me: brown eyes, blue eyes, green eyes. Eyes you’ll shut forever. We will meet again.”

At the time, it doesn’t seem like a particularly big deal. Melisandre also believed Stannis would win the War of the Five Kings and reign over Westeros, and she definitely got that wrong. Why should she be right about Arya? Perhaps Melisandre was simply foreshadowing Arya's murderous future after her stint at the House of Black and White. Still, the emphasis on eyes makes this prophecy feel far more specific.

Flash-forward to Season 8’s “The Long Night,” when Arya Stark and the red priestess Melisandre meet again for the first time in five seasons. Arya quickly reminds Melisandre of what she said about killing several people and concedes her prophecy was right. “Brown eyes, green eyes... blue eyes,” the red priestess repeats knowingly, with an emphasis on the blue eyes.

In this second meeting, Melisandre changes up the order of the original prophecy, urging Arya to kill the Night King and eliminate his Army of the Dead. With a few episodes left following “The Long Night,” Arya had one more kill left to carry out the prophecy. Would it be Cersei? Daenerys Targaryen, who has green eyes on the show? But both women died without Arya's intervention, and Game of Thrones left us all hanging.

GRRM can pick up where the show left off

Just as the Night King was created for the show, so too was the prophecy Melisandre passed on to Arya. The two characters have walked very different paths, but have yet to meet in the books. Of course, The Winds of Winter could change that.

At the moment, Walder Frey is still alive in the books. The Night King doesn’t exist yet (though the White Walkers do still have blue eyes). Arya, who’s currently studying with the Faceless Men, has a long way to go if she’s ever to fulfill Melisandre’s prophecy.

Let's say she does. The Winds of Winter doesn’t have to point to the prophecy itself. It could simply work as an extension of Game of Thrones, a nod to the fans who waited for Arya to kill Cersei. It’s possible that Martin may simply write in Arya killing people with blue, brown, and green eyes. If she’s still on course to kill Walder, then it’s possible she may kill the White Walkers to fulfill those parts of the prophecy as well.

Presumably, that leaves Cersei. (Daenerys has purple eyes in the books.) The elephant-loving royal is one of many people with green eyes in the books. However, she’s the only green-eyed person on Arya’s kill list. That can’t be a coincidence, right? While Cersei seems fated to die at the hands of a valonqar, aka little brother, it’s possible that Arya may be the one to kill the queen once and for all. That said, it could be any one of the Lannisters, as both Jamie and Tyrion have green eyes.

At this point, it’s hard to tell if Martin will include Melisandre’s prophecy at all. However, with two books left in the series, The Winds of Winter may finally provide closure for those who wish the prophecy had been fulfilled on Game of Thrones. Whatever happens, Arya’s bound to close some more eyes forever regardless of their shade.