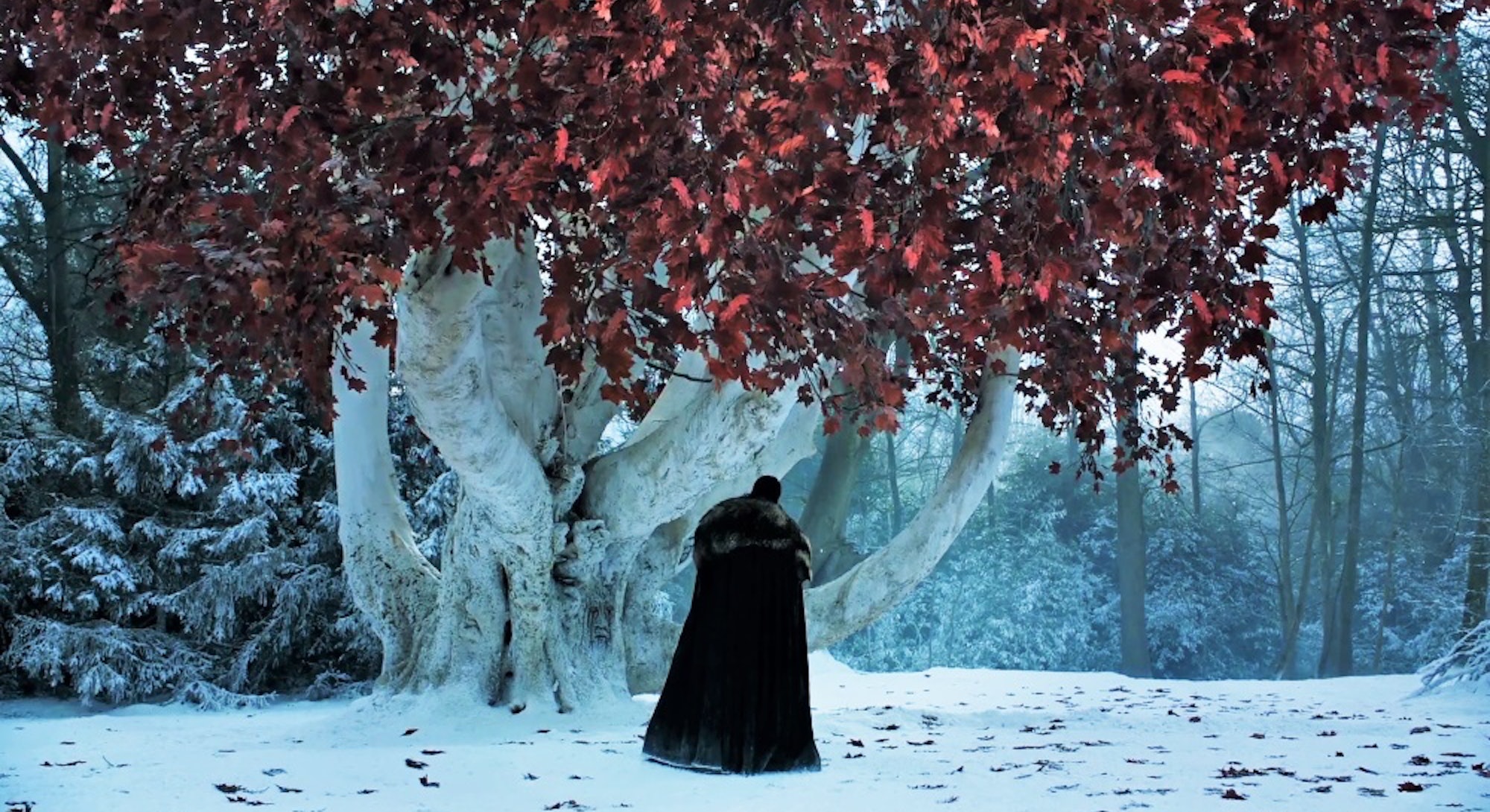 The Winterfell crypts played an important role throughout Game of Thrones. They were poorly lit and mysterious, filled with the entombed bodies of Stark ancestors, including Catelyn, Robb, and Rickon, who died at the hands of Ramsay Bolton in the Battle of the Bastards. The crypts appeared as early as the HBO series’ pilot episode and became a safe haven against the onslaught of the White Walkers in Season 8’s Battle of Winterfell.

A plethora of fan theories speculated how the crypts might factor into the Night King’s plans in Season 8. The Winds of Winter, the sixth book in George R.R. Martin’s A Song of Ice and Fire series, may finally reveal more about the crypts, and the setting could play a far more critical role in the battle against The Others.

Tales from the crypt

The Winterfell crypts are hallowed ground for the Starks. A place of infinite rest. In a Season 8 teaser, Jon Snow, Sansa Stark, and their youngest sister Arya visit the crypts and come face to face with statues of themselves. It was creepy, but it served as a reminder that death claims all and that they would rest eternally in a safe place.

In A Storm of Swords, Jon reveals that he often dreams of the crypts, of the “stone kings on their thrones.” He tells Samwell Tarly that he often hears the voices of Ned Stark and brother Robb, but there’s a “wall between us and I know that no place has been set for me.”

Many fans have theorized that his dreams were foreshadowing the possibility that he was the true Aegon Targaryen, son of Lyanna Stark and Rhaegar Targaryen. The mausoleum was the resting place of Lyanna’s remains, so it’s possible the dreams were indeed trying to tell him something.

The underground room has also served as a safe space for hushed conversations and explosive revelations. It was where Ned and Robert Baratheon came to pay their respects to Lyanna, whose likeness was commissioned into a statue by Ned as a way to honor her. In Season 8 of Game of Thrones, Jon Snow thought it a good place to reveal that he was actually Aegon to his lover-aunt Daenerys. As you can imagine, that did not go over well.

Before becoming the Three-Eyed Raven, Bran dreamt about the crypts beneath Winterfell. In A Clash of Kings, Bran and Rickon hid in the crypts during the sack of Winterfell. While there, Martin details the lords and kings that are all buried underground. Why offer so much information about the crypts if not to bring them back into play later on?

Theories from the underground

The crypts served an even higher purpose during Season 8’s Battle of Winterfell: a refuge from the terrifying Night King and his army of White Walkers. And so, those lacking any combat experience were to stow away below ground until the battle was over. Sansa, Tyrion Lannister, Melisandre, and Gilly were joined by hundreds of women and children in their new safe house.

Leading up to the great battle, fan theories speculated that the crypts weren’t simply a resting place for the dead, but a labyrinth of interconnected tunnels that led all the way to Mole’s Town, a village near Castle Black.

Others predicted the crypts were full of dragon eggs. Did Drogon fly off to the crypts to lay some dragon babies? Probably not, but Martin’s books detail a story from Mushroom, a Targaryen court jester, which suggested that the dragon Vermax had flown off and laid some eggs in the crypts of Winterfell.

Perhaps the theory that cropped up the most before Game of Thrones’ Season 8 was that we might see some familiar undead faces in the Winterfell crypts once the Night King showed up. We did see some wights, but no Lyanna or Headless Ned. Showrunners filmed scenes inside the crypts that weren't used, though released later on. One depicts Sansa and Tyrion helping Missandei and Gilly after they're attacked by wights. Knowing there was more crypt footage means it's possible there were actually plans to raise the dead Starks. That might a bit be easier for Martin to pull off in the books, and it raises some intriguing possibilities about the potential involvement of Lady Stoneheart, the undead Catelyn Stark.

Martin has been steadily writing The Winds of Winter and recently gave an update about his progress. Here’s an excerpt from his blog post:

“I am spending long hours every day on The Winds of Winter, and making steady progress. I finished a new chapter yesterday, another one three days ago, another one the previous week. But no, this does not mean that the book will be finished tomorrow or published next week. It's going to be a huge book, and I still have a long way to go ... I have bad days, which get me down, and good days, which lift me up, but all in all I am pleased with the way things are doing.”

This update doesn’t necessarily mean that the crypts will pop up again in The Winds of Winter. After all, Game of Thrones got ahead of the source material and it's unclear whether a Battle of Winterfell is even planned in the books at all.

Even so, the previous five books place high importance on the crypts, so it’s possible they may be the setting for revelations about Aegon or another crucial dream. After all, winter is coming and there's no better way to raise the stakes than for the Night King — or any of the Others, since their leader doesn't yet exist in the books — to raise the Starks from the dead to fight their living relatives. The opportunity is too good to pass up.