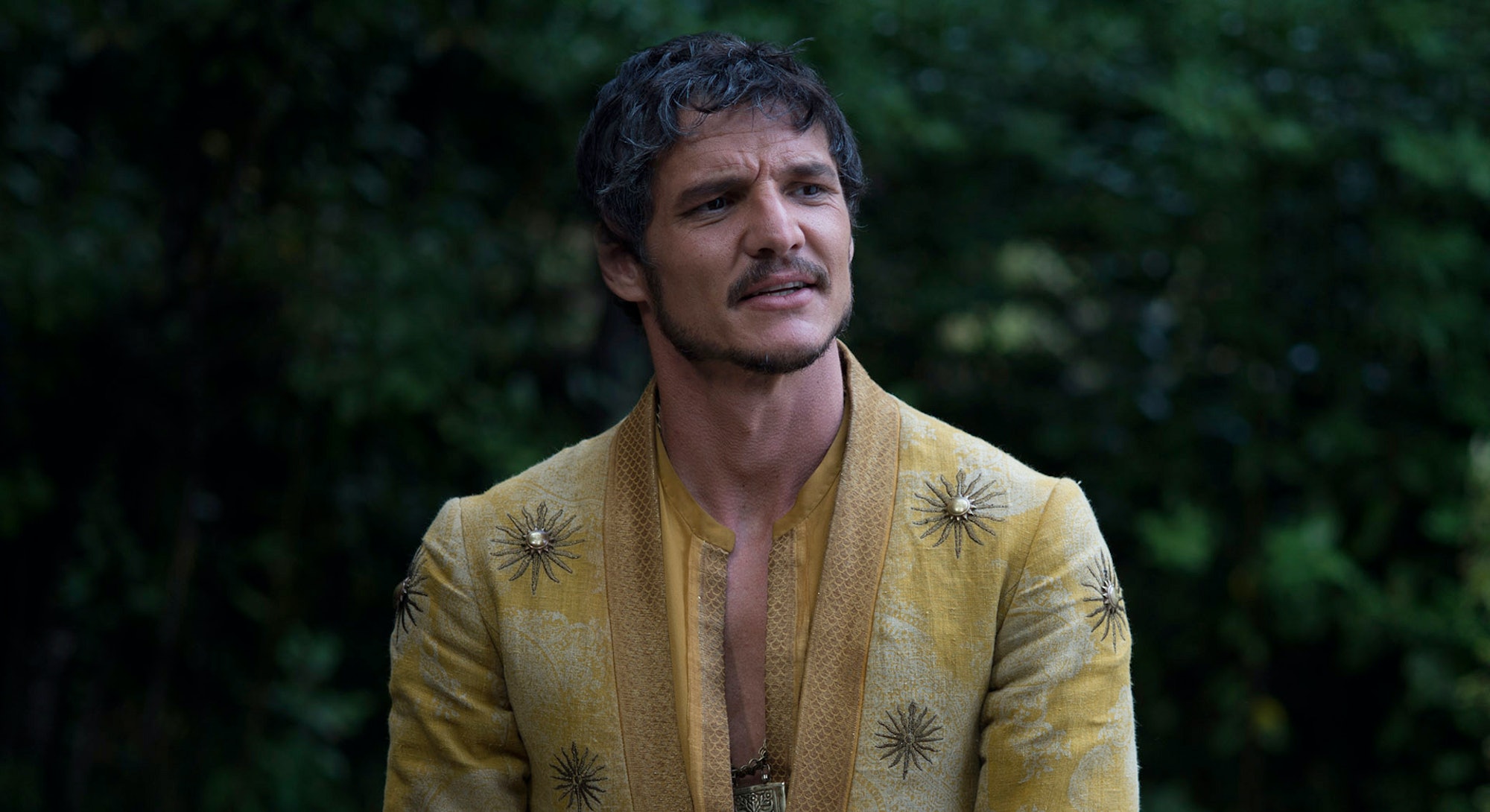 Game of Thrones did Dorne and its characters wrong, but The Winds of Winter can fix that.

The HBO series introduced fans to Dorne in Season 4, with the arrival of Prince Oberyn Martell and his paramour Ellaria Sand. They quickly became two of Game of Thrones' most intriguing characters. With their fluid sexuality, political cunning, and buoyant spirits, Oberyn and Ellaria were decidedly less serious than the rest of the show's characters. Oberyn wasn’t long for this world, however, and died at the hands of The Mountain, aka Gregor Clegane. Not long after that, Ellaria and the rest of the Dornish characters’ plot took a downward turn.

Game of Thrones never bothered to explore the repercussions following Oberyn’s death, with David Benioff and D.B. Weiss cutting out large portions or completely changing the Dorne storyline from George R.R. Martin’s A Song of Ice and Fire series. However, Dorne remains a key player in the books. With that in mind, The Winds of Winter, Martin’s sixth novel in the series, could see Dorne play a far bigger role in the looming conflict between Daenerys Targaryen and Cersei Lannister.

Dorne in the show

Dorne is located in the southern hemisphere of Westeros and is ethnically and culturally different from the remaining six kingdoms. Martin once described Dorne as being akin to “Wales mixed with Spain and Palestine with some entirely imaginary influences mixed in.” The author’s choice to intersect several ethnicities to make Dorne distinct from the other kingdoms fuels the recurring perception among other Westerosi that those from Dorne are “foreign.”

The Martells of Dorne have a long, complicated history with House Lannister and House Targaryen. They're intrinsically connected in a way that isn't immediately apparent. Season 4 introduced all the long-held grudges Oberyn Martell had with the Lannisters, and it all began with Sir Gregor Clegane's murder of Elia Martell, Oberyn's sister and Rhaegar Targaryen's wife, during Robert's Rebellion.

When Oberyn and Ellaria showed up for Joffrey's wedding to Margaery Tyrell, Oberyn wasn't at all shy about his thirst for vengeance. He told anyone who would listen that he wanted to kill Clegane for raping and murdering his sister. After Cersei places Tyrion on trial for killing Joffrey (he didn't), Oberyn is one of the judges.

Oberyn could care less about all this Lannister in-fighting, amusedly questioning the witnesses and often looking bored. For him, it's an opportunity to face The Mountain by becoming Tyrion’s champion in trial by combat. This did not end well for Oberyn, who seemed to have the upper hand only to get his skull crushed by the Mountain.

This sparked a downward spiral for Dorne, fueled by in-fighting and Prince Doran’s inaction following Oberyn’s death. Ellaria wanted revenge against the Lannisters, and was appalled Doran would have his son betrothed to Cersei’s daughter. Fed up with Doran’s inability to exact revenge, Ellaria poisoned Myrcella as she boarded the ship back to King’s Landing.

The Game of Thrones Season 6 premiere saw Ellaria and her daughters, collectively known as the Sand Snakes, kill Prince Doran and Trystane. Ellaria allied with Daenerys against Cersei, which didn't turn out so well for her when she's captured by Euron Greyjoy, who delivers her to the Red Keep. That's basically the end of Dorne in the show, though Season 8 includes a random Dornish prince in the scene where Bran is named king. He has no lines and we don't even know who he is. It's an unsatisfying end to an intriguing subplot that carried through much of the series.

Dorne in the books

Game of Thrones opted for a straightforward personal conflict between Ellaria and Cersei rather than delving into the richness of Dorne depicted in Martin’s books. That’s not at all the case in Martin’s books, where the Dornish and Arianne Martell, Doran’s daughter, are far more central to the story.

The Winds of Winter could fix one of the show's most egregious mistakes and bring Dorne back to prominence. As of A Dance with Dragons, Prince Doran is still very much alive. He even supported the Targaryen claim to the Iron Throne, initially plotting to secretly marry Arianne to a Targaryen so that she would become Queen.

Doran plotted to restore House Targaryen and kill Tywin Lannister in retribution for Elia’s death. This is pivotal to every action the Martells take, whether they're working together to do it or not. Doran goes so far as to arrest most of Oberyn’s children to prevent them from going against his orders and ruining said plans.

What’s more, their storyline isn’t limited to Dorne and their influence in Westeros is much bigger than a simple rivalry with Cersei. In an excerpt from The Winds of Winter, Arianne is alerted that Elia’s son, Aegon Targaryen might be alive, so she sets off to learn the truth about this potential imposter (aka Young Griff). Interestingly, Martin released the excerpt around the same time Ellaria and the rest of Dorne's plot was spiraling on the show. Whether it was in response to how the showrunners were handling the characters, however, remains unclear.

Winds of Winter may finally bring House Martell to the forefront, exploring their deep ties to the conflict between the Lannisters and the Targaryens. Dorne choosing a side could very well change the outcome of events. After all, the Martells have been working to restore some order to the consistently chaotic rule of Cersei and her family. With all the escalation, the sixth book may finally see them declare war in aid of Daenerys.

It can’t be a coincidence that Martin has turned so much of his attention to Dorne. While some may argue that it’s because he was running out of steam for his other stories, it’s possible the author was building up to something big to happen. Perhaps Martin will even reveal who the unidentified Dornish prince was from the series finale. Either way, The Winds of Winter may finally see his plans for Dorne and the Martells come to fruition and it’s long overdue.