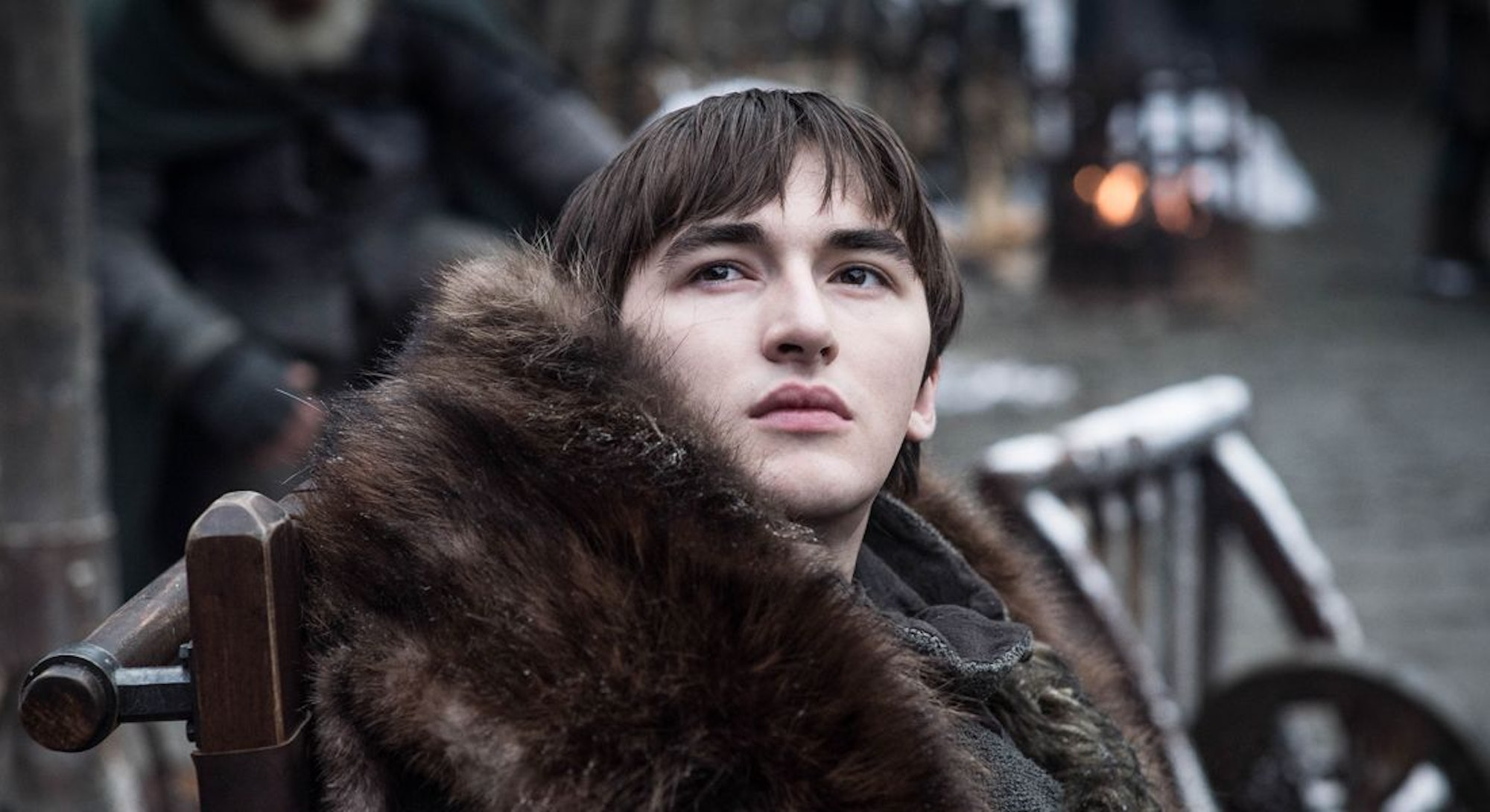 Bran Stark decided to keep Jon Snow’s lineage a secret in Game of Thrones instead of using his Three-Eyed Raven gifts to settle matters. What will The Winds of Winter bring?

Bran’s journey toward attaining Greensight, or Sight — the ability to see past and future events in dreams — were well-documented in the HBO adaptation of George R. R. Martin's books. Game of Thrones Season 1 started small. But by Season 8, Bran was the most powerful person in Westeros, and later king of the now-Six Kingdoms. Bran’s Sight also made him one of the few witnesses to Jon Snow’s birth and parentage, a seemingly massive story element that fell by the wayside in the final season of the HBO series.

After years spent training with the Children of the Forest, honing his Sight and other abilities with the former Three-Eyed Raven, it seemed Bran’s newfound knowledge of the past and future would play a major role in Season 8. However, other than creepily staring and having secret conversations with Tyrion Lannister, Bran's Sight influenced none of the major plots of the show.

All hope’s not lost because The Winds of Winter — the long-awaited sixth book in Martin’s A Song of Ice and Fire series — could still fix the biggest flub Game of Thrones made with Bran, by making his Sight useful in one instrumental way: revealing to everyone that Jon Snow’s true identity gives him a right to the Iron Throne.

What the crypts foretold

The fourth of five children born to Ned and Catelyn Stark, Bran always loved stories. After being tossed from a tower window by Jaime Lannister, Bran spends a lot of his recovery listening to tales from Old Nan, the Starks’ caregiver. He has a special fondness for the ones about the Children of the Forest, the Long Night, and the White Walkers.

His fascination with these tales foreshadow his future. As early as Season 1, Bran starts having prophetic dreams, indicating his gift of foresight long before he leaves Winterfell behind. One of the first dreams he has is actually about his father standing in the crypts — a dream that comes to pass when Ned Stark is beheaded at the hands of King Joffrey at the end of Season 1.

Bran’s sees a three-eyed raven flying into the crypts at Winterfell during one of these dreams. He visits the crypts later in the season, giving viewers their first look at Lyanna Stark’s tomb. Bran learns immediately after that Ned has been killed, setting the stage for his departure from Winterfell and his training with the Three-Eyed Raven.

“You shouldn’t envy me. Mostly, I live in the past.”—Bran Stark, Game of Thrones Season 8

Bran intially sets out to find Jon Snow at the Wall, where he’s been sent to join the Night’s Watch. When he makes it there, Jon’s nowhere to be found. By then, he’s already joined Meera and Jojen Reed, who also has the gift of Sight, to find the raven. Bran and the Reeds finally track down the Three-Eyed Raven in a cave beyond the wall, and it's there that his gift of Sight is strengthened, allowing him to see the events of the past through visions.

In the books, Bran’s dream about the Winterfell crypts doesn’t stand on its own. In Martin’s first book, A Game of Thrones, Jon tells his friend Samwell Tarly that he often dreams of the crypts and is scared of what he’ll find in their depths. It’s ominous, but circles directly back to Bran’s visions and his discovery of Jon’s past.

Bran first learned of Jon’s true parentage at the end of Season 6. In a vision, he discovers that Jon is not his half-brother or Ned’s son at all. Rather, he’s the son of Rhaegar Targaryen and his aunt Lyanna. Back in the days before Robert’s Rebellion, the pair secretly married. The history books claim Rhaegar kidnapped her, but that’s not true. Bran knows what really happened. Right before Lyanna dies in childbirth, she makes Ned promise to raise Jon and to keep his identity safe from everyone, including Catelyn.

Should anyone have discovered that Jon was actually Aegon Targaryen, he would have been killed. It’s seemingly a major turning point in Game of Thrones, but nothing really comes of it. At first, Bran's decision to hide Jon’s identity makes perfect sense. That said, his biggest mistake on the series stems from his refusal to share the secret to all of Westeros.

"Somehow I know I have to go down there, but I don't want to. I'm afraid of what might be waiting for me."—Jon Snow, A Game of Thrones

Sure, Bran tells Sam the secret in the Season 7 finale. However, it’s more a game of telephone: Sam tells Jon, who then tells Daenerys Targaryen and the remainder of the Starks. It’s supposed to be hush-hush and all. But what’s the point of being able to see the past and future if he isn’t going to do a damn thing about it?

Bran waited one whole season before telling anyone at all. In hindsight, the all-knowing Stark could’ve been more of a help. If he’d only told everyone about Jon, perhaps Daenerys wouldn’t have died, King’s Landing may not have burned to the ground, and the whole Iron Throne debacle might have been solved without so much bloodshed.

Bran has only just started learning about Greensight and seeing visions of the past in A Dance with Dragons. There’s still a ways to go, but The Winds of Winter could do what Game of Thrones didn’t and make Bran’s Sight more relevant to Jon’s story. Of course, there’s no telling what Martin actually has in store for either character in the sixth book. Jon is still dead, with no hint as to whether he’ll be resurrected, as in the HBO series. What's more, Bran hasn’t yet made it back to Winterfell.

This raises an intriguing possibility: Bran might be inclined to reveal Ned’s long-held secret because Jon is dead. No one can threaten him that way. Of course, this course correction hinges on whether or not Martin decides to make Jon a Targaryen at all. Game of Thrones did carve its own creative path in later seasons, largely due to the lack of source material.

With all that in mind, it’s far more likely Martin will follow the same course by revealing Jon as Aegon and it would be in the interest of everyone in Westeros for Bran to finally come clean and use his Sight to change the course of the future for good.