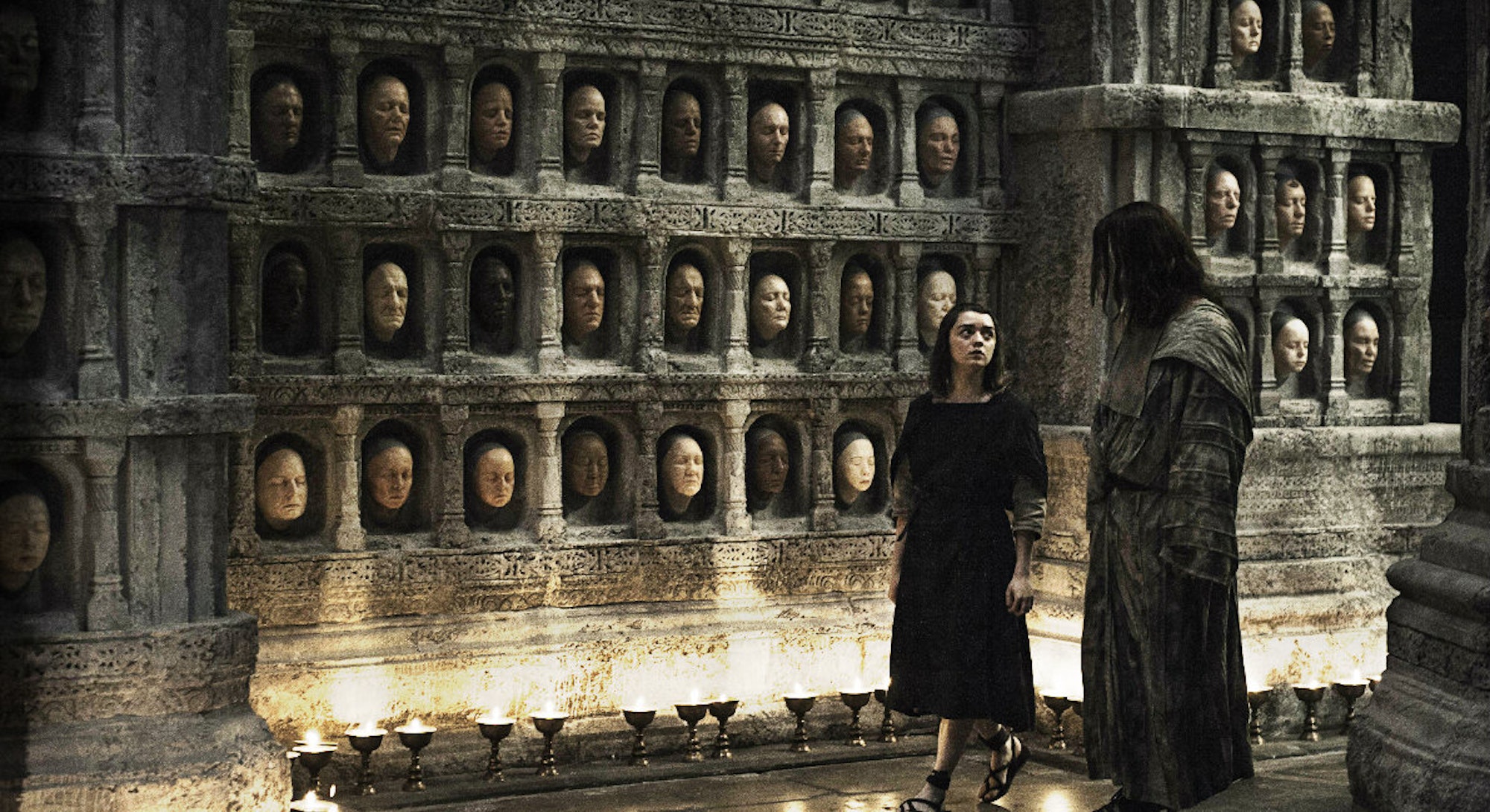 George R.R. Martin has been writing The Winds of Winter for years now, and the release date is still unconfirmed. Now that Game of Thrones is officially over, Martin has been spending more time writing the remainder of the highly-anticipated book. In a recent blog post, Martin admits to struggling to make his characters feel real and mentions the bad that can blossom from good intentions.

“Dwelling where I am now, deep in the heart of Westeros, I find myself surrounded by my characters, the children of my mind and heart and soul. They are real to me, as I write them, and I struggle to make them real to my readers as well. All of them are flawed, from the best to the worst. They do heroic things, they do selfish things.”

It’s unclear whose storyline Martin is struggling with, but it's looking more likely we could see a Winds of Winter release date in 2021. And there's plenty of reason to hope that the next installment of the Song of Ice and Fire series will delve more deeply into the mysterious city of Braavos than Game of Thrones ever did.

Jaqen H’ghar's primary purpose throughout five seasons of the HBO series was to teach Arya how to kill. The intriguing promise of finding out more about him — and the House of Black and White —was left unfulfilled.

When Winds of Winter kicks off Jaqen will presumably be working that same mystery job from A Feast for Crows. It seems to involve the infiltration of the Citadel, the primary home of Westeros’ scholarly maesters. Fans have long wondered who paid the Faceless Men for this mission, and to what end. Did he want to steal a book about dragons? Was he sent there to kill an archmaester? The Winds of Winter will likely gives some answers.

A man with many faces

Jaqen was first introduced in Season 2 of Game of Thrones. To pay a debt to Arya for saving his life, Jaqen offered to kill three people of her choosing. After declaring Arya to be "no one" in Season 6, which is the ultimate goal for the appearance-changing assassins, Jaqen lets her leave despite the fact that she had reclaimed her identity as a Stark.

But, Jaqen's story doesn't end with Arya leaving Braavos as the show would have us believe. In fact, Arya is still training with the Faceless Men as of A Dance with Dragons (she’s now an apprentice for a play owner). Meanwhile, Jaqen is off in Oldtown, presumably executing a mission entrusted to him by a mystery person.

In A Feast for Crows, Jaqen assumes the identity of the Alchemist. In the prologue, the alchemist crosses paths with Pate, a young Citadel novice and offers to make him a deal. In exchange for a gold dragon coin, Pate is to steal the iron key of Archmaester Walgrave, which is able to unlock any door in the Citadel.

Pate: Who are you?

Alchemist: A stranger. No one. Truly.

Long story short, Pate hands over the key and bites the gold coin to see if it’s real. Surprise! The gold coin was actually poisoned and, as Pate walks away from the deal, he falls over, plagued by sudden heart palpitations, and dies. When the novice crosses paths with Samwell Tarly in the Citadel, there’s definitely something off. What’s more, the boy introduces himself as Pate, “like the pig boy,” which is odd considering that Pate hated his name precisely because it drew comparisons to Spotted Pate, the pig boy from Westerosi stories.

Fans have long speculated that Jaqen has stolen Pate's identity and is on a mission to infiltrate the Citadel. It’s possible that he needed the key and Pate’s face to easily walk through the buildings unnoticed. Taking Pate’s identity specifically indicates that Jaqen may have been hired to kill Archmaester Walgrave.

Conversely, many have theorized that Jaqen needed the iron key to enter the locked vaults of the Citadel, which contain a number of ancient Valyrian scrolls. Presumably, Jaqen needs them to figure out a way to kill dragons. Admittedly, that would be a strange reason considering the assassins are trained to kill. Nonetheless, the circumstances surrounding Jaqen's latest job and who paid him to take on the visage of Pate is a mystery fans have been pondering about for years.

One theory suggests that Jaqen was initially hired by Euron Greyjoy to assassinate his brother Balon, Theon and Yara’s father. But, Euron may not have stopped there. We know that Euron plotted to attack the Shield Islands, a location not far from the Citadel in Oldtown. It’s possible that Euron hired Jaqen to kill a prominent figure in the Citadel to serve as a distraction or to create upheaval.

On the other hand, it's possible that Euron somehow found out about Jon Snow’s true parentage and wanted the information destroyed because he saw it as a threat to his potential ascension to the Iron Throne. With that in mind, Jaqen could be after Sam, whom we know discovers that Jon is the son of Rhaegar Targaryan and Lyanna Stark in Game of Thrones.

More importantly, Martin’s book must expand on Jaqen’s storyline beyond the extent of his mentorship of Arya. There’s still so much we don’t know about him or the Faceless Men, who have been quietly involved in the politics of Westeros for some time now.

If Jaqen kills a maester or learns how to kill dragons, his storyline could kick off a chain of climactic battles throughout Westeros. Whatever the case may be, The Winds of Winter must put the mystery of Jaqen’s mission at the Citadel to rest.