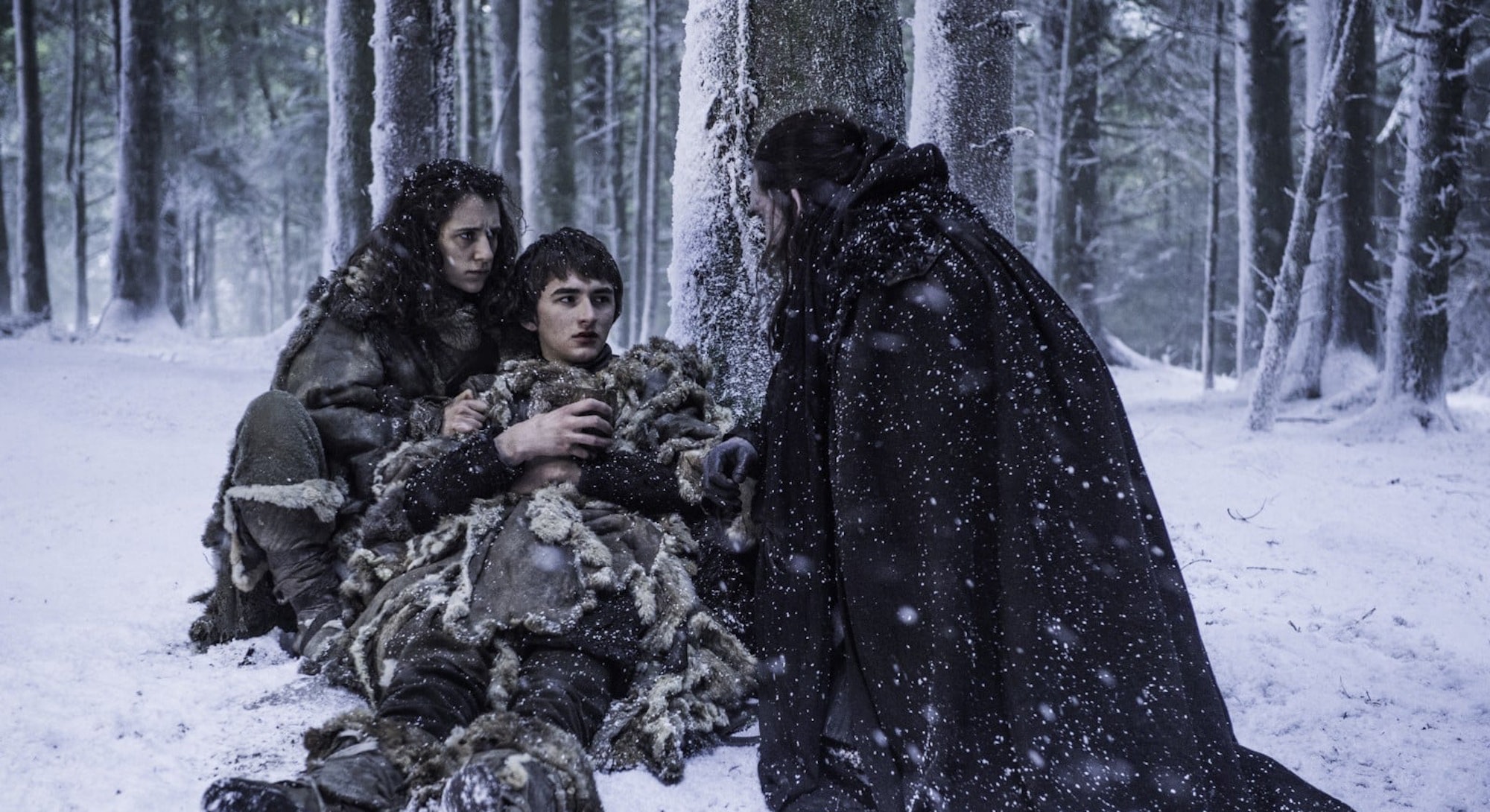 George R.R. Martin recently gave fans a Game of Thrones-related update, but it wasn't about The Winds of Winter.

Instead, it was about the 20th anniversary of A Storm of Swords (he's been writing these books for a long time) and his cameo in the original unaired pilot of the HBO series. Dressed to the nines, Martin filmed a scene as a wedding guest of Daenerys Targaryen and Khal Drogo, sharing a picture of his costume to go with the post. It's admittedly disappointing considering how lackluster his updates for The Winds of Winter — the sixth installment of his A Song of Ice and Fire series — have been lately.

The year is drawing to a close soon, and it seems Martin is no closer to releasing the highly-anticipated book. The Winds of Winter is tentatively scheduled to be completed by some point in 2021, but it all depends on how often Martin is returning to Westeros.

Meanwhile, the wait has given us an inordinate amount of time to look back on Game of Thrones and ponder how the author might fix or expand upon the characters, storylines, and overarching plot. Will Jon Snow be revealed as the true Aegon Targaryen? How will Hodor's death in the books impact the fight against the White Walkers?

One of the biggest mysteries in both show and book is Benjen Stark's disappearance. Ned's younger brother joined the Night's Watch and quickly rose through the ranks to become a First Ranger. However, Benjen went beyond the wall early on in Season 1 and was presumed dead after his horse returned to Castle Black without him.

Benjen was practically forgotten thereafter and it made fans wonder where the hell he'd gone and whether or not he was actually dead. His sudden return in Season 6 was shocking considering how long he had been missing. In the books, Benjen is presumably still beyond the wall and has not yet made his way back to the Night’s Watch.

However, it's possible that The Winds of Winter will stick to the explanation given by the show and expand upon it. Perhaps he collaborated with the Children of the Forest, aiding them in a secret mission that would change everything in the fight against the White Walkers.

Benjen was a proud Stark and the beloved uncle to Ned's children. He joined the Night's Watch, fulfilling a duty that typically befell the youngest sons because they didn't stand a chance at an inheritance. When Jon Snow ventured up to the wall, Benjen took him under his wing, teaching him how to fight and training him in the ways of the Night’s Watch.

Before long, Benjen headed out on a ranging trip beyond the wall, not knowing that it would be his last. When Benjen didn't return after a few days, several men went off to find him, only to discover that two of his rangers were dead and have turned into wights.

"There's not a man on the Wall knows the haunted forest better than Benjen Stark. He'll find his way back." —A Game of Thrones

On Game of Thrones, however, his story goes just a bit further. After a four-season absence, Benjen made a triumphant return in time to save his nephew Bran and Meera Reed from an attack by an army of wights (aka, the ice zombies of Westeros).

Benjen was neither a human man or a White Walker, but a strange bridge between both worlds. However, it would seem that Benjen’s luck ran out as soon as he crossed paths with his family again. After saving Jon Snow from the wights in Season 7, he ultimately dies by their hand as Jon rides back to Castle Black.

Benjen, the key to defeating the Others

Benjen may have met his demise in Game of Thrones, but there’s still hope for his survival in The Winds of Winter. In the books, Benjen is speculated to be none other than Coldhands, a mysterious (and yes, cold-handed) ally to the Three-Eyed Raven who saves Samwell Tarly and Gilly from the wights. However, Martin has pretty much debunked that theory.

If the author sticks to Benjen's story from the show, he could expand upon what the character was actually doing during his many years away. One popular theory suggests that Benjen, after being saved by the Children of the Forest, heads to the Land of Always Winter on a mission to discover more about the White Walkers (called the Others in the books).

The Land of Always Winter is the northernmost location in Westeros and is believed to be where the Others originally came from. Bran has dreamed of the frozen place before, but it terrified him to dig too deep into the heart of winter (it’s a mysterious and scary place).

It’s possible that Benjen is able to successfully venture there now because he is no longer human. Considering that the Land of Always Winter is also where the Children of the Forest and the giants lived before the First Men took over Westeros, Benjen may have been sent there to learn more about how to defeat the Others.

By revisiting their origins, he could find a way to fight them for good and bring that information back to Westeros in time for the battle against the Others. After all, the Westerosi army can’t be expected to rely solely on dragonglass to defeat them. Conversely, if dragonglass can save Benjen, then it stands to reason that it can perhaps reverse the White Walkers’ perpetual state of iciness (and that's assuming the Children of the Forest did indeed create the Night King, which Martin hasn't confirmed yet in the books).

Martin has hinted that the Others will become more central to the story in The Winds of Winter. Perhaps the reveal of Benjen’s escapades to the Land of Always Winter are a reference to the title of the book itself. Whatever the case, the potential return of Benjen could be the turning point in the war against the White Walkers, and one that could reunite the Children of the Forest with the humans south of the wall.

Winter is coming and Benjen may be Westeros’ only hope of surviving the blistering cold.