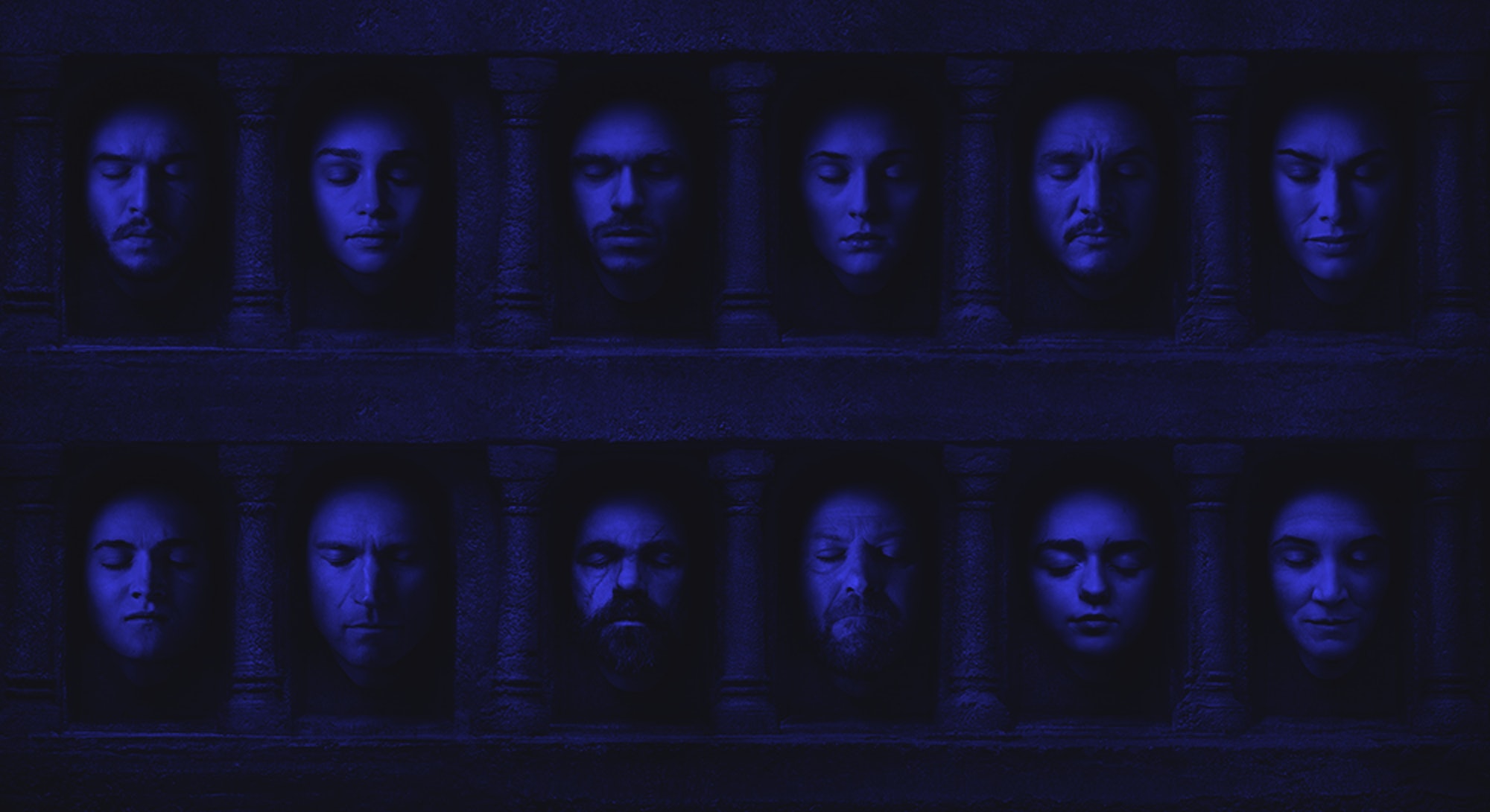 Following years of delays, The Winds of Winter is slowly but surely coming together.

The global pandemic and shuttering of all things has kept George R.R. Martin quarantined in a cabin, writing nightly about the characters’ adventures in Westeros. At the moment, however, it’s unclear when the sixth installment of his A Song of Ice and Fire will finally get a concrete release date, but it is tentatively scheduled to be completed by 2021.

Until then, fans have been perusing the additional information gleaned from James Hibberd’s Fire Cannot Kill a Dragon, which chronicles the behind-the-scenes stories and making of Game of Thrones. In the book, Martin revealed his least favorite scene from the show, why he wishes Lady Stoneheart had been a bigger part of the series, as well the ways in which Hodor’s death will be different in the books.

Another fascinating tidbit obtained from Fire Cannot Kill a Dragon involved Euron Greyjoy, the devious and swashbuckling uncle of Yara and Theon. Euron didn’t appear on Game of Thrones until the end of Season 6, swooping in and unexpectedly asserting himself as a major player in the fight for the Iron Throne. Euron did a lot of damage in the limited time he was on the show and, for better or worse, made quite an impression.

According to Pilou Asbæk, Euron didn’t have much of an impact on the showrunners at first. However, his decision to change the character’s demeanor worked in his favor.

“When I did season six, I had some great lines at the [Iron Islands' leader-selecting ceremony, the kingsmoot] that they took away. [Euron] was talking to Yara and had twenty more lines where he was being ruthless. He was doing a comedy show for the Iron Islands. Dan and David said, 'this is too much.' I said, 'What if we made him a bit more like a rock star, where you don't know if he's going to kill you or f*** you?' The costume designer was totally into that and made his outfit more rock star-ish."

Despite these changes, Euron was a hard sell on Game of Thrones. Fans didn't much care for the character save for all the elephant memes that his arrival produced. Perhaps it was his cavalier attitude, that he so assuredly believed he had a shot at ruling on the Iron Throne, or that his appearance came too late to realistically be a game-changer. Either way, the HBO series did not do the character justice and carved out large chunks of his backstory and characterization from Martin’s books.

In the released chapters from The Winds of Winter, Euron has kidnapped his brother, Aeron Greyjoy, and has set sail to overtake House Redwyne’s fleet near Oldtown. With his proclivities toward the occult, Euron’s goals in the books differ wildly from that of his TV counterpart and it’s possible that The Winds of Winter will finally deliver on the promise of conquering Westeros with dark magic and rising to power as the Bloodstone Emperor.

When Euron first appears in Season 6, he murders his brother Balon and crowns himself the king of the Iron Isles. He later allies with Cersei to fight Daenerys Targaryen and her fleets, with Cersei promising to marry him and rule Westeros together (she really wanted Euron to bring over his elephants). It’s a rather simplified version of Euron’s storyline, but the show’s changes to his character effectively made him a less ruthless threat.

Euron does kill Balon in A Song of Ice and Fire as well, returning to the Iron Isles with his ship of mute servants after years of exile. Prior to that, Euron and his family fought in the Greyjoy rebellion against King Robert Baratheon and it was only after losing the battle and his two sons that Euron left Westeros behind. During his time away, Euron supposedly sailed east to mysterious Valyria, the original home of the Targaryen’s dragons, and to Asshai, where he picked up a horn he says will allow him to control dragons.

If true, he could theoretically force Daenerys’ dragons to bend to his will and use them to conquer the rest of Westeros. Currently, the Mother of Dragons isn’t even on his radar and she’s still holed up in Essos, which is far enough out of reach for the time being. However, Euron will want to ensure the smaller details are taken care of first (and that he has a large enough fleet) before taking on Dany and her growing army. In the meantime, Euron is shaping up to be quite a formidable threat.

For one, his years in exile have changed his attitude towards the old gods and traditions in Westeros and he’s gone so far as to torture priests, including his own brother Aeron. Euron may want to conquer the continent and start over, usurping the old gods with ones related to dark magic. After forcing Aeron to drink shade of the evening (a drink most associated with warlocks and the House of the Undying), he sees a vision of Euron on a throne of skulls and another of him as the tentacled kraken, sitting on the Iron Throne.

The occultist emperor of Westeros

Fans have speculated that Euron will summon the kraken (not the dragons) to destroy Westeros and rule over whatever’s left. Another popular theory involves Euron’s transformation into the Bloodstone Emperor. As the legend goes, the Bloodstone Emperor was the last ruler of the Great Empire of the Dawn, a land of myth and power. The man killed his own sister to take the throne (similar to Euron’s murder of Balon) and he dabbled in the dark arts to establish his reign of terror — which included murder, enslavement, torture, and cannibalism — throughout the realm.

Like Euron, the Bloodstone Emperor was not a fan of the presiding gods and overthrew them in favor of worshipping a mysterious black stone. With the use of magic, Euron may be attempting to do the same. We know that he’s employed blood magic before and it’s odd that he’s able to command the ship’s crew so effortlessly. Perhaps Euron wants to rebuild Westeros and rule with monsters at his will. The vision of the kraken and his goal to control dragons says as much.

It’s possible that Euron discovered the legend of the Bloodstone Emperor during his exile and returned to Westeros to follow in his footsteps. After all, they’re both ruthless men, obsessed with dark magic, and don’t care for anything beyond pain and glory. The released chapters from The Winds of Winter have already laid the groundwork for Euron’s journey and the remaining pages might finally bring his plans to fruition. Regardless of what Martin has in store for Euron in the next two books, we can take comfort in knowing that his storyline will probably be more satisfying than how his story ended in Game of Thrones.