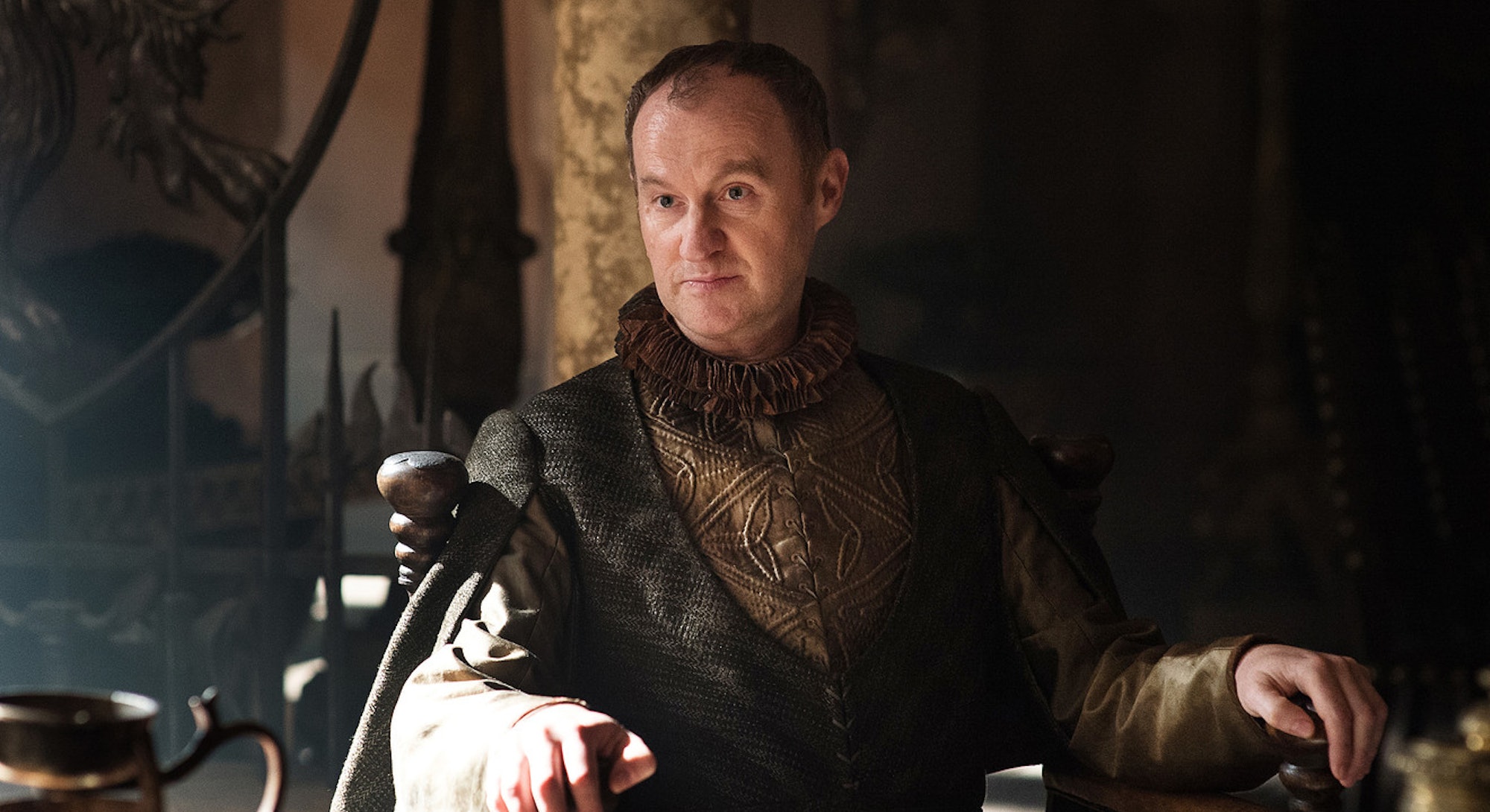 George R.R. Martin has a new book out, but it isn’t The Winds of Winter, the highly-anticipated sixth book in his A Song of Ice and Fire series.

It’s a re-release of Songs of Love & Death, a compilation of tales written by Martin and other authors, including Outlander scribe Diana Gabaldon. While we can assume that he’s still steadily writing chapters of The Winds of Winter, his last update about the book came back on November 8. The novel is tentatively set to be completed at some point in 2021, but it’s unclear when the book will officially be released to the public.

He's taking his sweet time, but that's likely because he's under tremendous pressure to revisit or alter the disappointing character arcs and storylines that left fans so disappointed by the final season of HBO's Game of Thrones. In particular, The Winds of Winter could further explore the lingering mysteries surrounding the Faceless Men of Braavos.

The Faceless Men are a top-secret cabal that lives in the shadows of society, traveling throughout Westeros using various guises. They’re unbiased when it comes to who they’re tasked to kill, so long as they are paid. While the HBO series never delves into the philosophy that governs the Faceless Men or where their money actually goes, it’s possible that The Winds of Winter will reveal the sinister and powerful agreement the organization could have with the Iron Bank of Braavos, the richest financial institution in-universe.

On the surface, the Faceless Men and the Iron Bank have but one thing in common — both are institutions that have foundations in Braavos, the wealthiest and most powerful city west of Essos. Both organizations also function under mysterious circumstances, offering money and services to the Free Cities of Essos and Westeros in exchange for power and influence. The series and the books are occupied with the predilection and the ongoing battle for the rights to the Iron Throne.

However, it’s the Iron Bank’s potential collusion with the Faceless Men that could be the backbone of the realm, secretly working behind-the-scenes to influence power, societal changes, and rulers. The Iron Bank must always have its due and all men must die according to the Faceless Men. Together, they might be the most dangerous entities to exist, quietly altering the rules of the game as they see fit.

“The Iron Bank of Braavos had a fearsome reputation when collecting debts. Each of the Nine Free Cities had its bank, and some had more than one, fighting over every coin like dogs over a bone, but the Iron Bank was richer and more powerful than all the rest combined. When princes defaulted on their debts to lesser banks, ruined bankers sold their wives and children into slavery and opened their own veins. When princes failed to repay the Iron Bank, new princes sprang up from nowhere and took their thrones.” —A Dance with Dragons

It's possible the Many-Faced God the Faceless Men worship is just plain old money. Think about it: Jaqen H'ghar offers Arya a gold coin and a phrase as a way to enter the Faceless Men's facility when she reaches Braavos. Coins are quite literally imprinted with multiple faces the world over, though it all variants serve the same purpose.

While the Faceless Men may have had humble beginnings, it’s rare that an institution can grow and continue to operate without proper funding. We know that the Faceless Men are often hired by immensely wealthy citizens, but the way in which they live suggests that they might only use the money to keep things going (and their face vault full) while maintaining meager lifestyles to the public. After all, Jaqen only provided Arya with information on a need-to-know basis and wasn't exactly thrilled with her insolence. Where silence and secrecy are the assassins' driving force, Arya leaving the Faceless Men behind could endanger their whole operation.

All men must die and pay their loans

In a pointed conversation during Game of Thrones Season 7, Cersei Lannister is paid a visit by Tycho Nestoris, a banker and representative of the Iron Bank. Their exchange is calm, yet heated and layered with underlying threats. Tycho makes it clear that Cersei owes money to the Iron Bank, while she reveals that the institution made money off of slavery and other terrible means. This alone confirms that the Iron Bank is willing to play dirty to maintain their power. However, they can’t openly kill anyone or risk outing themselves. That’s where the Faceless Men come in.

Game of Thrones forgot about the Iron Bank and the Faceless Men by the final two seasons, neglecting the power of their significant authority and scheming. Following Arya’s departure from Braavos, Jaqen’s arc was left hanging and we never heard about him again. That could change in The Winds of Winter.

In the books, Arya is still training under the tutelage of the Faceless Men. Jaqen is even suspected to have changed his appearance once more to infiltrate the Citadel in Old Town, suggesting that he's about to kill someone very important for information. Meanwhile, Tycho and Stannis Baratheon have signed an agreement, with the Iron Bank funding Stannis’ cause to ascend the Iron Throne. Perhaps these two incidents are connected somehow.

While it's unclear what the Iron Bank and the Faceless Men's endgame might be (if they have one at all), revealing that they're possible in league with each other changes everything we know about their gameplay and centers them as the most powerful institutions in the world. The twist would at least answer the question regarding who the Faceless Men are working with and why their clients are the wealthy elite. It's a theory that works well within the story and reveals that money, and not who sits on the Iron Throne, is the most powerful ruler of them all.