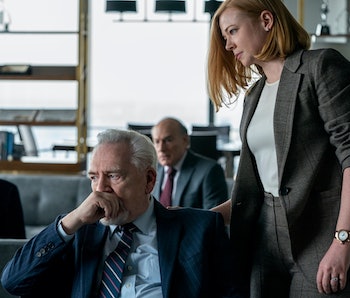 The Roy family and their ever-shifting loyalties are gripping to watch, and no one agrees as to who will ultimately succeed, or at least defeat, patriarch Logan Roy (Brian Cox).

Those familial dynamics are at the core of the new season, coming off the heels of Kendall’s (Jeremy Strong) shocking Season 2 finale betrayal. Who will side with Logan? Who will take a chance and ally themselves with Kendall? Or will one of the other Roy siblings — Shiv (Sarah Snook), Roman (Kieran Culkin), or Connor (Alan Ruck) — make their own major power move? And where does dear cousin Greg (Nicholas Braun) fall along these new battle lines?

With Succession returning for its third season, we’re readying ourselves for a whirlwind of backstabbing, brutal quips, and private jets this season. Here is everything you need to know about the Season 3 premiere episode and what to expect in the upcoming new season.

When is the Succession Season 3 release date?

Succession will premiere its third season on Sunday, October 17. Only the first episode of Season 3 will air and be available to stream. New episodes will premiere every Sunday.

When is the Succession Season 3, Episode 1 release time?

Succession Season 3 will air its first episode on October 17, at 9 p.m. Eastern time. It will also be available to stream at the same time.

How long is Succession Season 3, Episode 1?

Succession episodes are typically 50-60 minutes long. We have it on good authority that the first episode of Season 3 runs around 58 minutes long, including end credits.

Where can I watch Succession Season 3, Episode 1?

Succession Season 3 will debut new episodes on HBO and HBO Max simultaneously. You can watch the first episode live at 9 p.m. Eastern time and 8 p.m. Central time on HBO if you live in those time zones.

You can also stream the episode on HBO Max starting at 9 p.m Eastern — no matter what time zone you live in.

What is the plot of Succession Season 3, Episode 1?

The first episode follows the aftermath of the Season 2 finale, in which Kendall Roy betrayed his father Logan and announced to the press that Logan was aware of misconduct at the family’s media conglomerate, Waystar Royco, even overseeing legal settlements.

The premiere sees Kendall putting a team together and finding a new base of operations, as Logan and the rest of the Roy family scramble to find a safe place to strategize their next move.

Is there a Succession Season 3 trailer?

Yes, you can watch it below.

How many episodes are in Succession Season 3?

There will be nine episodes in total. That’s one episode shorter than usual, as the first two seasons of Succession had 10 episodes each. This is likely due to production changes.

What are the Succession Season 3 episode titles?

So far, we only know the titles of Succession Season 3’s first eight episodes. The finale’s title is currently a mystery, which makes us wonder if it could be a spoiler.

Now read: Our review of Succession season 3, which calls this third season the show’s best one yet.