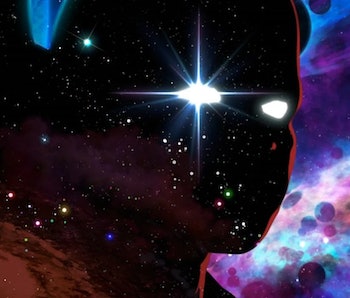 What If…? Season 1’s finale may have given us the big battle we’ve been waiting for, but it also left us wanting more.

After the newly assembled Guardians of the Multiverse teamed up to take down Infinite Ultron, The Watcher sent almost all of Episode 9’s heroes back to their respective universes. It seems like it is all over, but as The Watcher often reminds us, there is always something stirring somewhere in the multiverse.

What’s next for What If…? Here’s everything we know about Season 2 of Marvel’s animated series on Disney+.

Is What If Season 2 confirmed?

Yes. Marvel confirmed that the second season of What If…? is happening. In a 2019 interview with BuzzFeed Brasil, Kevin Feige mentioned season 2 was already in the works.

When will What If Season 2 be on Disney+?

We don’t know when What If…? Season 2 will arrive on Disney+. If Marvel keeps the same schedule as Season 1, then Season 2 will likely premiere in late summer 2022.

Season 1 debuted on August 11 and ended with Episode 9 on October 6, 2021. Around the time the Season 1 finale aired, What If…? head writer AC Bradley told Entertainment Weekly that every Season 2 episode is already written.

With all of its episodes written, Season 2 is well on its way to production and will likely arrive sometime in 2022.

Who is in the What If Season 2 cast?

What If…? Season 1 saw many stars returning to the Marvel Cinematic Universe and even new actors joining the MCU for the first time.

Marvel Studios has not confirmed who will return for Season 2. However, it’s safe to say that Jeffrey Wright will likely resume his role as The Watcher. Whether Samuel L. Jackson, Hayley Atwell, Mark Ruffalo, Tom Hiddleston, and many others will return to play their iconic MCU roles wholly depends on if What If...? features new stories with their characters.

Season 2 will also feature new MCU characters from their latest movies, like Shang-Chi and the Legend of the Ten Rings and Eternals.

"Hopefully, we'll see hints of Eternals and Shang-Chi and the Black Widow characters. The fun of What If...? is that we get to explore the entire infinite multiverse, so we try and bounce around as much as we can,” head writer AC Bradley told EW. “I want to play with all these characters, and as much as I love Captain Carter, we've got to share the love. I'm very excited to show new worlds, new heroes."

With that said, we shouldn’t be too surprised if actors like Simu Liu, Awkwafina, Angelina Jolie, Salma Hayek, Brian Tyree Henry, and others join the cast of What If...? Season 2.

What is the plot of What If Season 2?

While What If...? Season 1 is an anthology of stories, the connective thread is its notorious cliffhangers that built up to a big battle and the introduction of the Guardians of the Multiverse in the finale. Will Season 2 follow the same format? Not exactly.

Bradley confirmed to EW that Season 2 will take a different approach to its stories, saying it will be different than the “end of the world” arcs we saw in Season 1. She said that Season 2 will "focus a lot more on the character stories and these heroes and showing a different side of them that people don't expect and hopefully they can relate to."

A more character-driven second season sounds like an interesting direction for What If…? to take. Especially as more characters enter the MCU over the next year, What If…? could be an opportunity for fans and viewers to spend more time with new characters. And, given the fanfare around the Guardians of the Multiverse, we should expect to see that team-up again.

How many episodes are in What If Season 2?

Like the first season, What If…? Season 2 will also have nine episodes. Each episode will be around 30 minutes in length.

Initially, both seasons were supposed to have 10 episodes each. But production delays caused some of the episodes to be canceled or reshuffled. For example, Season 1 would have had 10 episodes, but one of those episodes featuring Tony Stark and Gamora was moved to the second season.

Is there a What If Season 2 trailer?

There is not a What If…? Season 2 trailer yet. But watch this space as we will update this post once Marvel Studios premieres the trailer.

What If…? Season 1 is now streaming on Disney+.