'Westworld' Season 3 review: Not the reboot you’re looking for 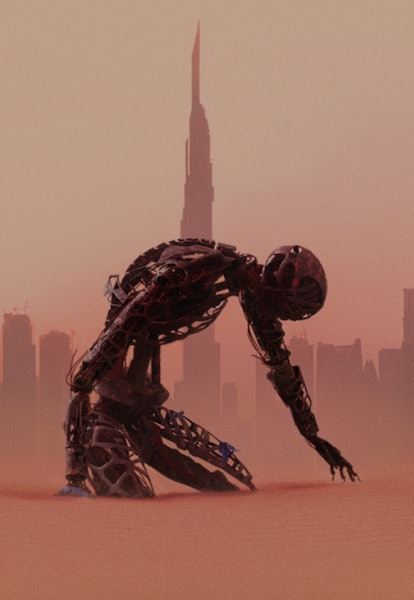 I still remember the thrill of Westworld’s first season.

Stunning cinematography, layered dialogue, a mystery that unfolded in perfect time without ever obscuring your ability to enjoy each episode, each scene, each moment. Westworld launched a wave of “puzzle box” shows from Russian Doll to Watchmen and proved Game of Thrones wasn’t a fluke. HBO could make consistently great, monolithic television about geeky subjects, whether that subject was dragons or robots.

In Season 2, Westworld began to show signs of strain as the mystery became more important but less interesting. A few standout episodes that focused on supporting characters or exotic locations only confirmed the original concept from creators Jonathan Nolan and Lisa Joy was running out of steam.

With Season 3 premiering March 15, Westworld attempts an increasingly popular TV technique, the reboot. But instead of keeping the good and ditching the bad, Westworld Season 3 does the inverse, tripling down on an uninteresting mystery that doesn’t inspire many guesses while forgetting to include anything even resembling good storytelling, interesting dialogue, of the visual grandness that won fans over back in Season 1.

At the end of Season 2, Dolores (Evan Rachel Wood) and a handful of other Hosts escaped the island where tourists paid a premium to kill and screw these super-advanced robots. Arriving in what appears to be a future version of mainland China in Season 3, Dolores plots a robot uprising with the unwitting help of a powerful AI company called Incite that’s gamified the entire world into submission. Meanwhile, Bernard (Jeffrey Wright) returns to Westworld to find the only weapon powerful enough to stop Dolores, and Maeve (Thandie Newton) is stuck acting out a scripted adventure in a new World War II-themed park — or is she?

Westworld Season 3 also introduces a new character in Aaron Paul’s Caleb, a construction worker toiling away in a future that looks like a utopia but feels dystopian. At night, a bizarre app on his phone goads him to commit crimes in exchange for cash (one notification offers two responses: “I’m in” or “No thanks, I’m basic.”) Through Caleb’s eyes, the show becomes a reboot, exploring what should be the fertile new territory of an entire world where futuristic robots exist. But this vision of the future is uninspired, only serving to reveal the limits of Westworld’s original premise.

So what went wrong?

Westworld has never been Shakespeare or The Sopranos, but the show’s writers at least knew how to turn a good phase. Lines of dialogue from the first season went viral or came back several episodes later imbued with new meaning.

So it’s surprising just how bland and boring Season 3’s writing feels by comparison. Every line is either pure exposition or completely opaque, clearly meant to tease out some future mystery but meaningless in the moment. It’s as if HBO started shooting before the script was finished, but considering it’s been almost two years since Season 2, that seems pretty unlikely.

Visually, Westworld can still shine. Season 3’s decision to expand beyond the robot theme-park that gave the show its name means we get a vision of the future 300 years from now, and it’s pretty stunning. Gleaming skyscrapers covered in plantlife do the skyline of future Los Angeles, but this world can also feel hollow as well with an overload of CGI turning entire settings into over-budgeted video game cutscenes.

Ironically, Westworld looks best when it returns to its roots. The Old West expanse of the original park still stuns, even devoid of life (human or otherwise), and a new WWII-themed War World offers sweeping shots of a battle-bruised European town complete with crumbling cities and classic cars. If Westworld Season 3 spent most of its time in the park, it would be breathtaking. Unfortunately, that’s not the case, at least based on the first four episodes HBO provided for review.

I’d also like to talk about the music — Ramin Djawadi’s compositions have always been a highlight of Westworld — but sadly, I can’t. HBO’s made it clear that the audio (along with several other elements) is unfinished in these screeners, which is a good thing because everything I heard was awful, boring, or overly dramatic. Fingers crossed the final product released later this month has a totally new soundtrack.

The problem with Paul

Finally, there’s Aaron Paul. I had such high hopes for this new addition to Westworld’s already expansive cast. Paul is one of the best actors working today. Fans of Breaking Bad or BoJack Horseman already knew it, and Netflix’s El Camino confirmed it. He’s an actor with the impressive range for explosive action, heartbreaking drama, and everything in between — often colored with a splash of slacker comedy.

But Westworld Season 3 isn’t interested in any of that. Whoever cast Aaron Paul as the new character Caleb seemingly watched the first episode of Breaking Bad, saw a junkie loser going nowhere, and wrote that character into the script (the same character that was supposed to die in Breaking Bad’s first season before Paul’s great acting convinced the showrunner to keep him around).

Four episodes in, Caleb is a blank slate being pulled into a conflict he knows nothing about, and there’s little reason to believe the rest of the Season 3 will give Paul anything better to do than take orders from various Hosts. The best-case scenario is some sort of ridiculous twist (if Caleb is somehow a Host you heard it here first!), but even that can’t save a disappointing performance from a top-notch talent clearly trying his best in a bad situation.

And that’s what Westworld Season 3 feels like in general, a bad situation no one really wants to engage with. Season 2 made it clear that the show’s creators never thought very far beyond the original 10 episodes, and what could have been a Westworld renaissance this year instead becomes an even deeper descent into mediocrity.

I’ll keep watching on the slim chance that things get better (and also because I love the sound of Jeffrey Wright’s voice), but if this is Westworld Season 3 then maybe there shouldn’t be a Season 4.