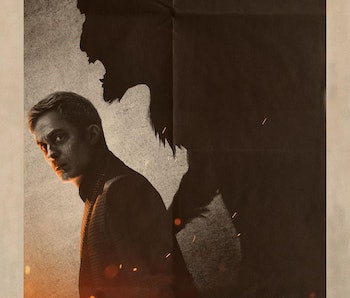 Reminiscent of an old black-and-white monster movie, Werewolf by Night is a new Halloween-fueled Marvel Cinematic Universe Phase 4 project that is sure to put fans in the seasonal spooky mood. Diving into what appears to be superhero horror, Marvel Studios is definitely opting for a unique approach with this quirky genre departure from its other existing projects.

This feature is the first of its kind for the franchise, as exhibited by the new fantastical intro in the trailer coining it “A Marvel Studios Special Project.” Coming in with a runtime of 53 minutes, Werewolf by Night is neither a TV show nor a movie, but a short-film one-off that has seemingly zero ties to any previous MCU storylines (similarly, The Guardians of the Galaxy Holiday Special is set to be released on Disney+ in December). Based on the Marvel Comics character of the same name, the Halloween special will center around Jack Russell (aka, the Werewolf by Night) and a group of monster hunters competing for a mysterious powerful relic.

With completely new characters introduced into the MCU, fans will be itching to know all of the details about Werewolf by Night. More on the release date, time, plot, and trailer below.

When is Werewolf by Night’s release date?

Werewolf by Night will premiere on Disney+ on Friday, October 7, 2022.

When is Werewolf by Night’s release time?

Who is in the cast for Werewolf by Night?

What is the plot for Werewolf by Night?

In this special, a covert shadowy gang of monster hunters is brought together to Bloodstone Temple after the demise of their leader. There, in a strange macabre memorial to their late leader, they must face off in a deadly competition for a powerful relic, while battling a mysterious beast along the way. For context, Jack Russell is cursed by his bloodline with the ability to turn into the Werewolf by Night, and where exactly the lycanthrope superhero fits into this mysterious ritual will be revealed once the special airs.

Is there an official trailer for Werewolf by Night?

Will there be a Werewolf by Night 2?

Considering this project is a special, seasonal feature, it’s hard to say. But if the short film is successful on Disney+, it wouldn’t be completely out of the question. Perhaps we’ll even get to see the Werewolf show up in other MCU stories — most promisingly Moon Knight, as the two characters have faced off against each other in comics. Only time will tell!

Werewolf by Night premieres on Disney+ on October 7, 2022.