“Nobody was willing to concede.” 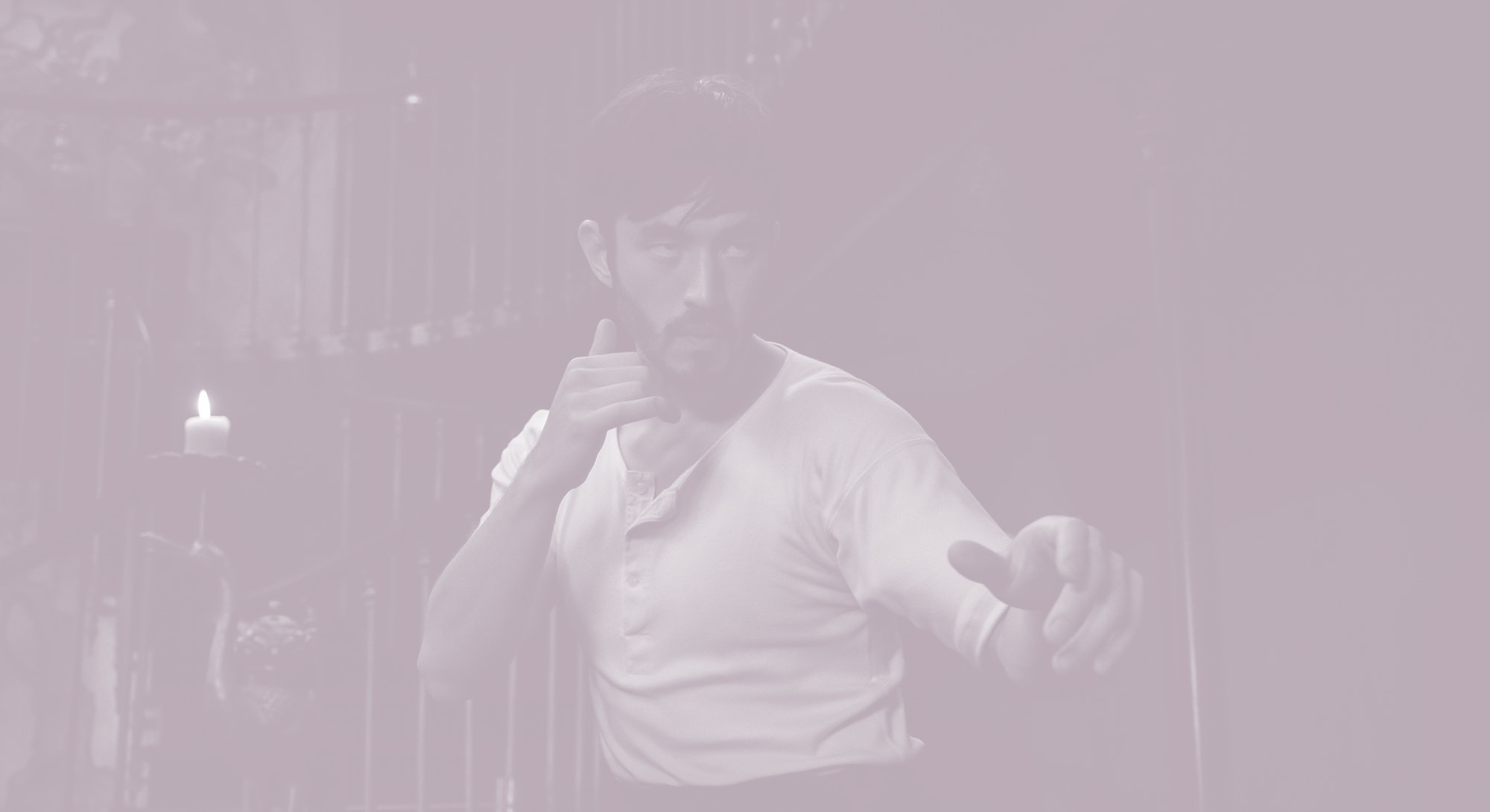 Warrior, the pulp martial arts series that aired its first two seasons on Cinemax, has received an unlikely renewal for a third season to stream exclusively on HBO Max in 2023, the show's creators tell Inverse. Even better, the door is open for more.

“I feel elated,” says Warrior executive producer and Bruce Lee’s daughter, Shannon Lee, in a Zoom call with Inverse. “It feels like a confluence of purpose, of timing, and coming together. It feels like what should be. I’m excited to put our voice back into the middle of things happening right now.”

In 2019, Shannon Lee, Justin Lin (Fast & Furious), and Jonathan Tropper (Banshee) created Warrior, a series that film icon Bruce Lee tried and failed to produce for American TV. As the story goes, in 1971 — the same year Lee’s stardom exploded in the film The Big Boss — Lee pitched to broadcast networks a show about a kung fu master who wanders frontier America. Lee’s pitch was rejected on the basis that an American show with an Asian lead would not succeed. Bruce Lee died in 1973 with his dream unfulfilled.

Decades after his passing, Lee’s dream came true in the form of Warrior, set in the backdrop of the historical Tong Wars of San Francisco. It’s 1878, and English-speaking Chinese immigrant Ah Sahm (Andrew Koji) searches for his lost sister, Mai Ling (Dianne Doan) in the sprawling underbelly of Chinatown where rival gangs and corrupt cops collide.

When the Warrior Season 2 finale aired in late 2020, its future was unclear. Early last summer, parent company WarnerMedia ceased all original programming on Cinemax, which left Warrior without a home. But the show’s two seasons started streaming on HBO Max on January 1, 2021, where it found an even bigger audience.

While Tropper and Lee are unable to share exact viewership numbers, Warrior continues to outperform on the streamer. (As of this writing, Warrior surpasses Game of Thrones on HBO Max’s “Popular TV” section.) In the April 14 press release announcing the renewal, Shannon Lee credits HBO Max “for understanding the importance of telling this story.”

Now, in an interview with Inverse, showrunner Jonathan Tropper and producer Shannon Lee preview what’s to come in Warrior Season 3. While it’s still so early that even the writer’s room has not yet reassembled, they know a thing or two about what’s going down in Chinatown.

Inverse: How did Warrior get Season 3?

Jonathan Tropper: Really complicated. I’ve been going back through my emails to look. But how it happened is through a series of events that were both happenstance and lobbying on our part, the show moved to HBO Max. And once that happened, it became question of, “Are people going to show up?” Once people showed up, it became a much easier conversation with HBO Max. Like, “Why would you not go forward?”

Nobody involved was willing to accept we were done. From Shannon and Justin to the cast and crew, nobody fell out of touch. In a way, Covid amplified that. Everyone was sitting around with nothing to do so there were a lot of conversations.

Inverse: Is there a release window you’re looking to release Season 3?

Jonathan Tropper: Our goal is to get the show back on the air in 2023. The exact time in 2023 is subject to stuff we’re not privy to.

Inverse: Speaking of Covid, the pandemic inspired a spike in violence against the Asian community. Was the decision to renew Warrior informed by the show’s topical setting?

Shannon Lee: I don’t think there’s any one factor, but it was part of the equation. It wasn’t like we planned to tackle these issues other than history tends to repeat itself. What’s going on in the world right now, those things did shine a light on how relevant our show is.

Jonathan Tropper: I have not asked. I don’t look a gift horse in the mouth. But whether they consciously discuss the social and cultural implications, I think there has to be an underlying understanding this is a show that really meets the moment. Whether that’s discussed around a table I don’t get invited to, the fact is you can’t ignore it. You can’t believe it’s not in the consciousness of people making decisions.

Inverse: What can you reveal about the story for Warrior Season 3?

Jonathan Tropper: I don’t want to say anything that turns out to be not what we do. But the goal is to continue exploring themes we have been exploring, with the country’s disposition towards the newest wave of immigrants. [We will] go into the halls of government and start clarifying how immigrants end up pitted against each other in the system. But in terms of the Hop Wei and the Long Zhi, we need to get our heads wrapped around that.

“I refer to Season 2 as The Empire Strikes Back.”

I refer to Season 2 as The Empire Strikes Back. Not that we want a trilogy, but we left things dangling: The troubled relationship between Ah Sahm and Young Jun, a new direction with Mai Ling. We’re seeing an evolution of Ah Sahm’s towards his responsibility to his fellow immigrants. We want to evolve everybody and light matches in the appropriate places.

Shannon Lee: The theme of immigration is very important. Let history be the backdrop for this action drama we’ve created.

Inverse: The Chinese Exclusion Act of 1882 is around the corner in Warrior’s time period. How is the eventual passing of that law influencing the story?

Jonathan Tropper: To tell a story about the Exclusion Act is a different show. But we’re putting that a few years in the future [of Warrior]. It looms over the politics of the show, both on the politician’s side and Chinatown. The closer we get to 1882 the more the vise is going to be tightening. We use that as kind of this very near future mark we may not actually get to, but is going to inform all the politics of the show.

Inverse: One of the wildest Season 2 cliffhangers was Joanna Vanderham’s Penelope Blake, who wakes up in a mental institution. What will happen to her?

Jonathan Tropper: Nothing concrete yet. However, our goal was [to show] a fascinating piece of history we uncovered. In the 1870s a man can get a woman committed just by saying “She’s crazy, commit her.” It’s a huge violation of her civil liberties. I believe that any time in a place like that, the person who comes back is not the person who went in. When she comes out of there, we can reinvent her. She’s going to be a different person.

Inverse: Are you able to confirm any of the Warrior cast who will return for Season 3?

Jonathan Tropper: “Confirming” means a deal is done and HBO is in the process of doing those. I can say we are trying to bring everybody back, and we are confident we will.

“We are trying to bring everybody back, and we are confident we will.”

Inverse: The show is filmed in Cape Town, South Africa. Because it’s been so long since cameras rolled, will the show return to shoot in Cape Town? Are the sets still standing?

Jonathan Tropper: Our Chinatown backlot is still standing in Cape Town. It will need significant refurbishment, but it’s there. All our interior sets, like the Hop Wei headquarters and Ah Toy’s brothel, those sets are gone and will have to be rebuilt. That’s the beauty of this industry. The plans exist, the people who make them exist, and they can be rebuilt to the detail. We’re not the first show to have to do this. We’re confident we can bring them back pretty much how they were, except now we know where to sneak a few lights to make shooting easier.

Inverse: In your statement, you said your father, Bruce Lee, lived life to “beat the odds.” In what ways does the renewal of Warrior also beat the odds?

Shannon Lee: It wasn’t typical something like this would happen. In my father’s life, it wasn’t typical an Asian man would be an international star. It’s not typical our show would be resurrected in this way. These things mirror each other.

“The energy of my father is all around the show.”

The energy of my father is all around the show, everyone involved feels it. His story has been called an underdog story, even though when you look at the man “underdog” is not the first word that comes to mind. What Jonathan said at the top: Nobody was willing to concede. Frankly, my father was not willing to concede either.

Jonathan Tropper: Way too much work to pull this all back together for one season.

Warrior Season 3 is tentatively planned to begin streaming on HBO Max in 2023.