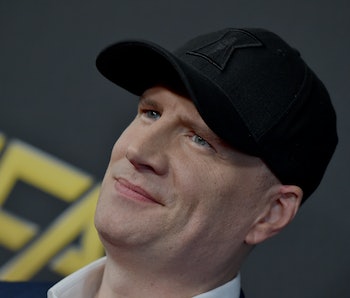 With just three episodes to go, WandaVision has a lot of ground left to cover. A new rumor claims Episodes 7, 8, and 9 will be hour-long each, and apparently, Marvel Studios boss Kevin Feige himself confirmed it. But what's really going on here? The truth is a little more complicated, though by the time you're done you may be convinced we really are getting three hour-long episodes of WandaVision before the series is over.

If you're anything like me, your social media feeds have been clogged with WandaVision theories and speculation for weeks, but in the last few days, one dubious claim has been picking up momentum. As far as I can tell, the earliest version of the leak comes from Facebook account Superhero Spotlight.

The rumor spread like wildfire from there. It's all over social media. Director and super-nerd Kevin Smith even discussed it on his podcast, which was then republished on TikTok:

But is any of this actually legit? Sorry Silent Bob, but the short answer is: nope. However, the slightly more complicated answer is: actually, maybe yes, but not for the reason you think.

Superhero Spotlight credits "Kevin Feige" as its source, but if you click on the link on its Facebook post, you'll end up on a Collider interview with WandaVision director Matt Shakman. In the interview, Shakman claims that the total runtime for the series will be six hours.

It's easy enough to do the math from there. Each WandaVision episode so far has been roughly 30 minutes-long (closer to 40 minutes if you count the credits, but for the sake of this argument, we won't). That means we've seen three hours of WandaVision so far, which would be half of the show's total runtime. With three hours and three episodes left, the obvious guess is three hour-long episodes, though it's just as likely that the finale will be even longer, meaning Episodes 7 and/or 8 could be the standard 30 minutes followed by a massive movie-length ending.

Of course, that's just one interpretation. If you do count the credits, there's a lot less time left for WandaVision's last three episodes. As one fan put it on Reddit, when you factor in the credits, we're actually only getting 4.5 hours of story. And, of course, it's also possible Shakman could have been rounding up (or down) in his interview with Collider.

Final verdict? It's possible that the last three WandaVision episodes are one-hour-long each, but it's definitely not confirmed. And Kevin Feige definitely didn't confirm it.