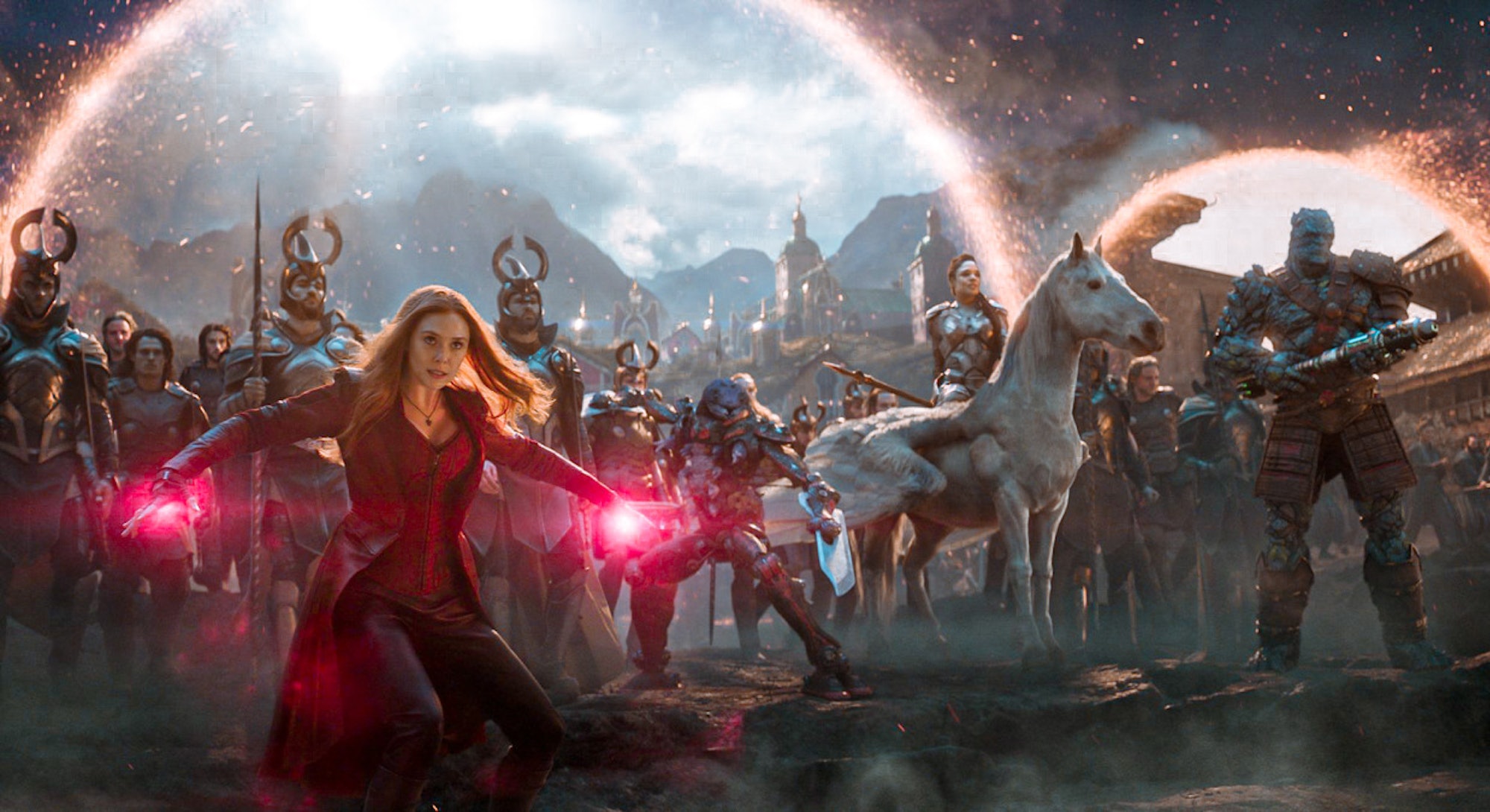 “You know, you people who left still have the luxury of optimism.”

In a heated moment in WandaVision Episode 6, "All-New Halloween Spooktacular," tensions rise between S.W.O.R.D. agent Monica Rambeau (Teyonah Parris) and her boss Tyler Hayward (Josh Stamberg). The two butt heads over how to deal with the situation in Westview, and in the process, reveal an unexpected way that Avengers: Endgame tore the Marvel Cinematic Universe wide open.

Years after the harrowing losses of Avengers: Infinity War and the victory in Endgame, "the Blip" continues to have a haunting presence in the MCU. Simply put, just because everyone is back doesn't mean the Blip is gone.

In WandaVision, Wanda (Elizabeth Olsen) keeps her grip on a New Jersey suburb as Hayward seeks a blunt force approach to take her out. But Monica thinks there's a more efficient, and safer way.

"We take her out, this whole nightmare ends," says Hayward, as if the plot were a Power Rangers episode. "We don't know that," Rambeau argues. "We actually have no idea what will happen in there or out here if Wanda dies."

Monica has a point. What psychological effects on the Westview townsfolk will linger if Wanda is forcibly removed? Like turning off a computer without a proper shutdown, there could be damage to the residents if Wanda is simply killed before she can "log off." In a simpler, dumber show, killing Wanda would be the solution. But WandaVision isn't simple or dumb. It knows the solution can't be that easy. (Not that sending a nuke on Wanda would be, either.)\

But none of this is really what's boiling between Rambeau and Hayward. There's something deeper between them. While Rambeau's mother founded S.W.O.R.D., Rambeau's absence during the Blip left Hayward in charge. And though Hayward claims to have looked up to Maria Rambeau, it is very clear that he enjoys being in control. One can't help but wonder if Hayward is also working on behalf of another unknown party. (Maybe whoever gave Wander the power to control a town in the first place?)

Regardless of how Hayward and Rambeau are on the fritz, there's the matter of why, and the why is the Blip. Hayward, who was left on Earth during the Blip, harbors resentment against those who've returned. "You have no idea what it was like," Hayward says, "What it took to keep the lights on."

But Rambeau, like others who vanished and are burdened to suffer their own traumas, argues: "Don't use the last five years as an excuse to be a coward."

How Endgame changed the MCU

While Hayward and Rambeau have a very specific dynamic that isn't universal, they do epitomize a rift between the Blipped and "non-Blipped." As revealed in WandaVision's fourth episode, Rambeau was one of the many who vanished after Thanos used the Infinity Stones. We've now seen new ways to think about the inconvenience of not just the Blip, but also the restoration of the missing from Endgame. WandaVision's sixth episode presents a new wrinkle: How much the world changed in five years and how the returned are struggling to adjust.

2019's Spider-Man: Far From Home had fun with this conflict. People who were preteen dweebs grew up to become hot jocks. An older brother who Blipped suddenly become the "younger" brother. The wife of a gawky science teacher used Thanos as cover to leave her husband by pretending to vanish. Flash Thompson tries to order alcohol. (He is technically 21, right?)

But WandaVision isn't joking. While five years isn't a huge jump, a lot still happens. People grow and change in half a decade. People adapt, learn to live, and move on. So what happens when the vanished people return suddenly and find how much the world moved on without them? In a post-Endgame MCU, half of the world is just happy to be alive; the other half is dealing with five years of darkness.

In fundamental ways, the Blip allows literally half the universe to know Captain America's experience. While five years doesn't compare to the 70 Steve missed when he froze in ice, it's still harrowing to learn that the world spins on without you in it. The same gut-punch MCU fans felt when Steve lamented, "I had a date" in 2011's Captain America: The First Avenger was similarly felt by even the most average person who vanished for half-a-decade in the MCU.

What other first dates did people miss? What graduations, birthdays, funerals, and precious mundane Tuesday nights? We know Monica Rambeau missed the death of her mother, but we don't know what was taken from Tyler Hayward in the Blip. Captain America: Civil War introduced the villain Baron Zemo, who went on a warpath to avenge his missing family. What new villains are in store now that there are countless more "Baron Zemos" out there?