“The Darkhold? That's the Book of the Damned.” 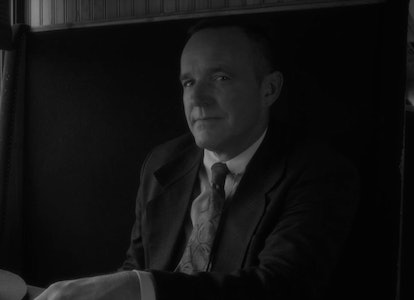 WandaVision’s finale answered a lot of questions fans had about the series. Among the episode’s many important beats, though, was the confirmation that the mysterious book Kathryn Hahn’s Agatha Harkness had hidden in her basement was, in fact, The Darkhold.

The Darkhold’s arrival has created some confusion (and concern) among some Marvel fans, because this isn’t the first time that it has popped up in a Marvel Studios show. The Darkhold was also featured heavily in both Marvel’s Agents of S.H.I.E.L.D. and Marvel’s Runaways, but it looks notably different in WandaVision than it does in either of those shows.

The inconsistency has led fans to wonder: are Agents of S.H.I.E.L.D. and Runaways still part of the MCU canon?

The Darkhold in the MCU

In Agents of S.H.I.E.L.D., The Darkhold is established as a powerful, corruptive magical object. It’s so dangerous, in fact, that the show even sees Ghost Rider eventually take the book with him to the Hell Dimension. It later shows up again in Runaways, where it’s in the possession of Morgan le Fay, before briefly showing up again in Agents of S.H.I.E.L.D. during a dream sequence.

In both of those shows, The Darkhold looks very different than it does in WandaVision. Unlike the tattered, old, and worn-looking book that is seen in WandaVision, the other shows depict The Darkhold as a red book with white pages and its name written in big gold letters on its cover. And so far, there’s been no explanation for why the book looks so different from how it looks on S.H.I.E.L.D. and Runaways.

When asked by Yahoo! if WandaVision’s Darkhold is the same one seen in S.H.I.E.L.D. and Runaways, WandaVision showrunner Jac Schaeffer said, “It’s my impression that this is the MCU Darkhold. The only thing I can really say about it is that it’s the Book of the Damned, and there’s a whole chapter on the Scarlet Witch in there along with a lot of prophecy language. Other projects will tell you more, probably.”

What This Means — Marvel Studios has all-but ignored the Marvel Television shows up to this point, including Agents of S.H.I.E.L.D. and Runaways. But WandaVision, on the other hand, represents a turning point for Marvel, with the studio now working to make its film and TV projects more deeply connected.

In many ways, that’s a good thing. It makes WandaVision the first step towards an even brighter future for the MCU — one in which important narrative beats and characters can be explored multiple different ways across formats — but it could also mean that Marvel and Disney really are planning on leaving the past MCU TV shows behind.

Before WandaVision, shows like Agents of S.H.I.E.L.D. and Runaways were ignored but still considered canon. After WandaVision? Their stories and characters may not even get to exist within the MCU’s prime reality anymore.

For what it’s worth, the possible erasure of Agents of S.H.I.E.L.D. and Runaways from canon does give Marvel the opportunity to take another swing at some of the characters and plot points featured in those shows — like Ghost Rider or the Inhumans. But it also means that those shows’ attempts to tie into the MCU films (especially Agents of S.H.I.E.L.D.’s) really may end up having been for naught.

The Inverse Verdict — Until Kevin Feige or someone at Marvel comes forward with an official statement, it’s impossible to know what WandaVision’s use of The Darkhold could mean for the other MCU shows where the book’s previously appeared. However, as of now, it does seem like yet another step away from Agents of S.H.I.E.L.D. and the other Marvel TV shows of the past from the MCU — a process that it feels like Marvel has been slowly working on for years now.

More like this
Entertainment
Jan. 25, 2023
The MCU could bring back a hero from its most underrated TV show
By Dais Johnston
Entertainment
Jan. 17, 2023
Guardians of the Galaxy 3's Adam Warlock reveal may be a big misdirect
By Eric Francisco
Entertainment
Jan. 26, 2023
Corey Stoll could have the chops to make a live-action M.O.D.O.K. work
By Mónica Marie Zorrilla
LEARN SOMETHING NEW EVERY DAY.
Related Tags
Share: