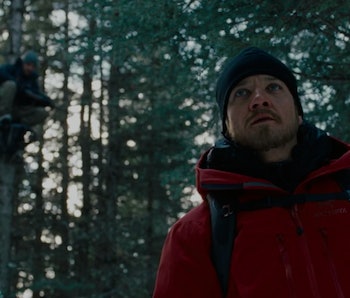 Hollywood may be overly reliant on pre-existing franchises, but if there’s anything the 21st century has proven to moviegoers it’s that getting sequels and spin-offs right is easier said than done. While Hollywood’s endless reboots and side stories do benefit from being connected to established properties, they also have to achieve the daunting task of living up to the standards set by their own predecessors. Usually, they don’t.

But every now and then a spin-off comes along that’s better than critics and audiences give it credit for, and that was the fate of The Bourne Legacy. The 2012 action film is not only the fourth installment in the Bourne franchise, but also the movie that tried to begin a new era for the series, one centered around a different leading man.

While The Bourne Legacy failed to grow into something larger, it was still a propulsive and visceral action film. Don’t believe us? Well, the film is streaming on HBO Max until March 31st.

Directed by Tony Gilroy, who co-wrote the first three Bourne films, The Bourne Legacy centers on Aaron Cross (Jeremy Renner), an agent in a secret black ops program known as Operation Outcome. The film follows Renner’s Aaron as he’s forced to go into hiding when one of his superiors decides to purge everyone associated with Outcome in the hopes of avoiding any scandals similar to those caused by Jason Bourne.

Aaron eventually teams up with Dr. Marta Shearing (Rachel Weisz), a researcher tied to Operation Outcome. Together, they have to try and not only survive the program’s erasure, but also keep Aaron from losing the enhanced abilities that were given to him as a result of his participation.

If that makes The Bourne Legacy sound like a less grounded film than the first three Matt Damon-led Bourne movies, that’s because it is. However, while Legacy loses some of the franchise’s trademark realism, it still delivers the thrilling action sequences, slick storytelling, and razor-sharp dialogue that the series is known for. As a result, Gilroy makes Legacy feel like an organic extension of what came before it.

While it never reaches the same heights as its predecessors, The Bourne Legacy is still a consistently entertaining action film. It offers up more than its fair share of memorable moments, including a thrilling home invasion sequence, a tense cabin conversation between Renner’s Aaron and an unnamed Outcome agent (played by Oscar Isaac), and a fantastic motorcycle chase.

In addition to delivering all the thrills one expects from a Bourne film, Gilroy also uses Legacy to continue exploring many of the same themes that the Damon movies did, especially the issue of how governments often manipulate and take advantage of their soldiers. Gilroy, known for his propulsive writing and directing style, succeeds at weaving thoughtfulness into the film’s action-packed narrative.

All of which is to say that The Bourne Legacy is a fun and thrilling ride, one entertaining enough to make you forgive it for saddling its main character with a terrible name like Aaron Cross.

The Bourne Legacy is available to stream on HBO Max until March 31, 2022.