“We constructed the village to be pillaged.” 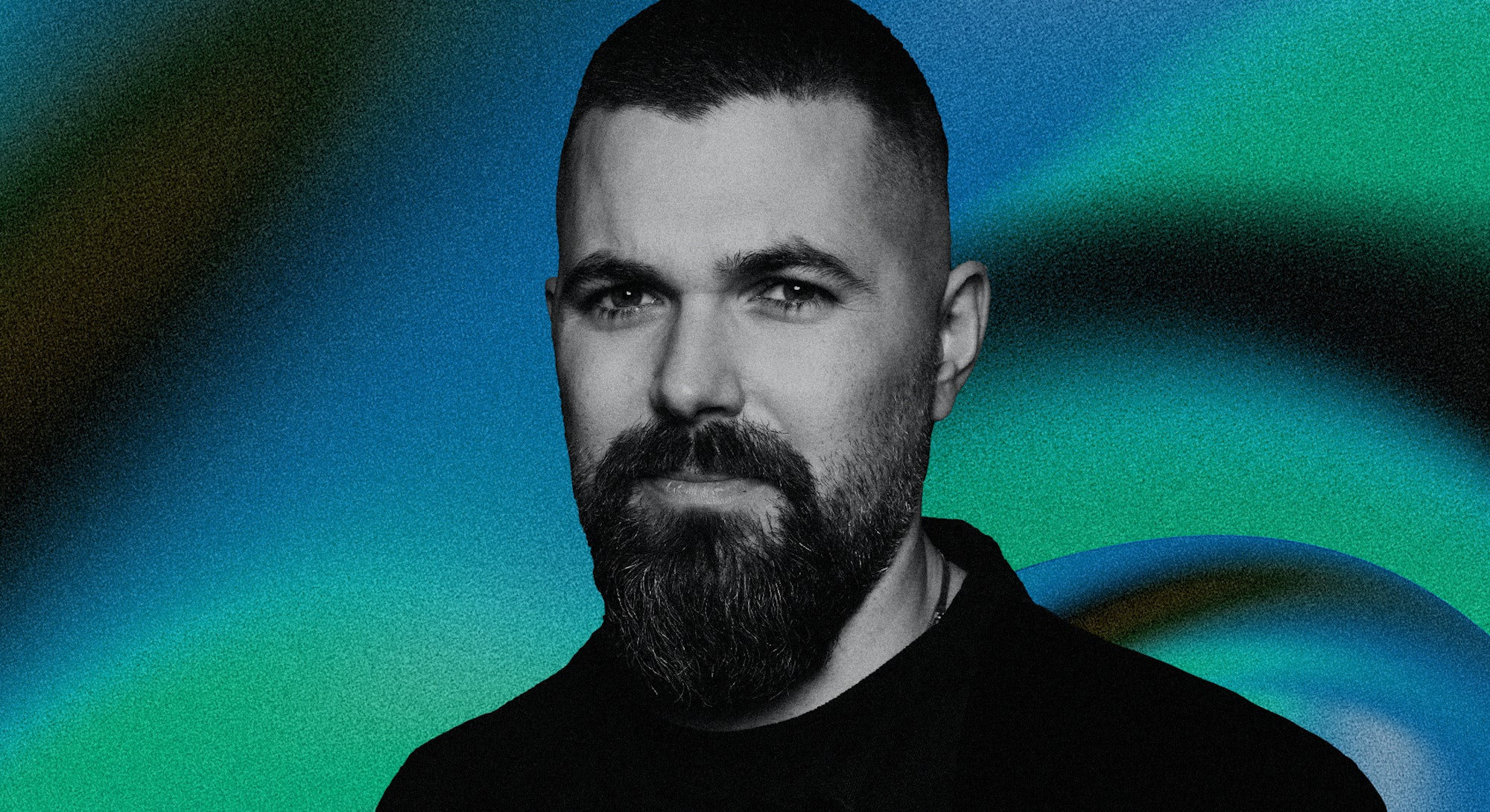 “In the cycle of revenge, there are no winners.”

Robert Eggers, the 38-year-old filmmaker whose artistry has become renowned after three movies, believes he didn’t do anything too out there with his latest picture The Northman, co-written with Icelandic poet Sjón.

In his own words — and Eggers has a knack for plain-spoken brevity — he says Northman is his try at a broad-appealing mainstream picture. It’s also his most expensive to date, with a $90 million budget that is in spitting distance of most superhero tentpoles.

“Compared to say, The Lighthouse, which barely has a story, this has a clear narrative with a beginning, a middle, and an end,” Eggers tells Inverse. “It's a revenge story.”

But The Northman isn’t just a revenge story. It’s the revenge story, inspired by the Scandanavian legend of Amleth chiefly attributed to 10th-century author Saxo Grammaticus. Some 500 years later a dude named Shakespeare ripped off the tale for his own play, Hamlet. You’ve probably heard of it.

The ubiquity of Hamlet, a story Eggers says “everybody knows,” is what makes The Northman accessible — at least, on Eggers’ desolate terms. “It’s a myth that sort of belongs to the world.”

Like Eggers’ other works, 2015’s The Witch and 2019’s The Lighthouse, The Northman defies categorization. On the surface, it’s aggressive. A Viking prince turned berserker, Amleth (Alexander Skarsgård) is fueled by vengeance for the murder of his father, King Aurvandill (Ethan Hawke). Through Eggers’ sensibilities, The Northman is as bleak as it is gritty, devoted to period accuracy as it is trembling audiences in their seats.

The Northman is replete with feral aggression, bloodlust, and more abs than a CrossFit gym. But in a conversation with Inverse, Eggers opens up about the movie’s surprisingly insightful core. In contrast to something gleefully indulgent like 300, The Northman ponders the lethal collateral damage and blinding perspective of toxic masculinity. In other words: If revenge is a dish served cold, The Northman warns: start making yourself a plate.

In a conversation with Inverse for The Northman’s release on VOD and home media, Eggers reveals what changed his mind about making a Viking movie (he initially didn’t want to do it), that incredible tracking shot of a village invasion, and if video games played an influence on the movie’s visible Soulsbourne vibes.

You’ve previously said you had no interest in Vikings as a movie subject until you visited Iceland and spoke with Aleksander Skarsgård. Can you elaborate on how that changed your mind?

I’m not unique in thinking the landscapes in Iceland are powerful. I wanted to understand who sailed there in the dark ages and didn't die. That seemed like quite a feat to me. And as much as I loved the landscape, I also really loved the Icelandic sagas once I dug into them. A couple of years later, I had lunch with Alex Skarsgård, who unlike me, had been into Vikings since he was a kid and was saying he wanted to make a Viking movie. Here I am with the number one Nordic actor who would have to play the lead Viking. It just seemed like things were starting to fall into place.

One reason you’ve cited disinterest in Vikings is the white nationalist appropriation of Norse mythology. Since the movie’s release, there has been a vocal audience from the alt-right. How do you feel about that? If you had to address them, what would you say?

I'd rather not address them. And I think that if you are the type of person who's searching with a hammer, then everything's a nail, and I can't help that.

It’s not hard to see The Northman as a masculine film, but given some of its twists in the story, it comes off as a rebuke of masculinity. In what ways would you say that’s true?

I think if it rebukes it's just by showing it. I think you can’t be 100 percent historically accurate, and I can't be 100 percent unbiased as a filmmaker, it's impossible. But I'm trying to, as best as I can, articulate the material culture and the Viking mind. I'm just trying to show their worldview without judgment. By just showing the honest brutality of it, you can come to your own conclusions.

There has been a lot of speculation from critics and audiences who feel The Northman has video game-inspired artistry. Certain scenes feel like a “boss battle” in an epic RPG. In what ways did video games influence the direction of The Northman, if at all?

I haven’t played video games since I was 13. But I have close collaborators and friends who are gamers. I’m aware of what a powerful art form it is. But I'm just trying to watch all the movies and read all the books on my list, which is keeping me pretty buried. So I can't imagine adding something some other kinds of media to my life.

When we meet Skarsgård as Amleth, it’s in this breathtaking oner of a village raid. Artistically speaking, how was this the most effective way to reintroduce audiences to Amleth?

Jarin [Blaschke], my DP, has said — and perhaps he’s quoting someone else — the more cuts, the less each one means. I was watching a film recently that has very fun filmmaking, but in the beginning, there was this war sequence, and it was so cut, there was no sustained tension. By the way, you can make something “cutty” with sustained tension, but that is difficult to achieve, and the audience unconsciously can be aware of that.

So for me, I find these long tracking shots, even if you’re not super cinema literate, our understanding that it’s one shot helps you experience the idea this is all happening and you can’t cut away. Particularly with this violent sequence where, on one hand, Amleth’s an excellent warrior, you’re awed by it, but you’re also supposed to be disturbed and horrified by it.

Amleth is maybe creating new enemies, too. What’s stopping another village kid from embarking on his same journey?

In the cycle of revenge, there are no winners.

Logistically, how did you pull it off?

We storyboarded it to death. We rehearsed it a lot. We constructed the village to be pillaged, and we’re positioning all of the huts and buildings very specifically so we could do every action and photograph everything we needed. It took about four, maybe five days to do.

At the end of it, in the background are villagers having the worst day of their lives, parents murdered and children sold to slavery, while Amleth and his buddies pat themselves on the backs. What interests you about layering the frame with conflicting emotions?

It just, you know, feels a bit like life, you know?

In the past, you’ve expressed an obsession with iteration. A month after its release, how do you feel about The Northman? Is there anything you would still go back and change?

It's done. I've spoken a lot about how, like, The Witch didn't meet all my expectations. But I wouldn't want to go back and fix stuff. Same thing here. Yeah, there are scenes [I’m proud of], I'm very proud of the big scene with Nicole and Alex. But there are some things I'm less proud of.

“Overall I am proud of the film.”

It's a learning experience. Overall I am proud of the film. It was a film I did not have the experience to do, and it's shocking it was greenlit. The fact we like pulled it off to any degree, I am proud of that.

I always have to have more than one thing to survive in this industry. I'll leave it there if that's okay.

The Northman is available now on VOD, DVD, Blu-ray, 4K Blu-ray, and streaming on Peacock.